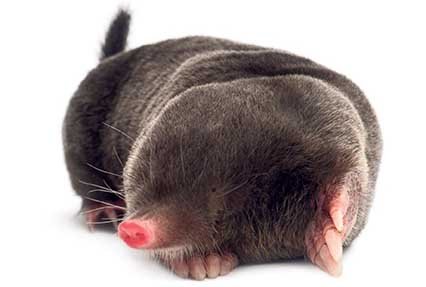 At the time of writing, there is a slowdown in the rates of Covid-19 diagnoses in a number of countries. While we shouldn’t break out the bubbly just yet, we should find causes for optimism wherever we can, although I suspect most of you would be more interested in a good night’s sleep and putting the pager or mobile phone in a locked drawer.

If the rates of diagnoses continue to decrease, it will be no thanks to some prominent international figures who have had their own take on how to beat this bug. For example, Miguel Barbosa, Governor of the state of Puebla in Mexico, recently announced with a straight face that a cure for Covid-19 had already been found — a traditional Mexican marinade made from turkey and mole. He was presumably trying to outdo an earlier proclamation he made that suggested poor people in Mexico are “immune” to the virus: “Most of the coronavirus patients are wealthy people,” Mr Barbosa said. “If you are rich, you are at risk. If you are poor you are not. The poor, we’re immune.”

Meanwhile in Turkey, columnist for the prominent Yeni Akit newspaper, Abdurrahman Dilipak, invited mockery by suggesting that cannabis is a cure for Covid-19. In fairness, he is consistent in his message — he has previously suggested that cannabis can also cure hypertension, diabetes and asthma. Is there a theme emerging there?

Turkish media have also reported an increase in sales of the ingredients required to make sheep’s head soup, which was already touted as a cure for a range of conditions, including arthritis, and have been irresponsibly touted as protective against Covid-19. In the words of dietitian Derya Zunbulcan, writing in the prominent Hurriyet newspaper: “The important thing here is to feed our bodies with the right nutrients instead of fearing coronavirus. Kelle paca [sheep’s head soup] is one of these foods. Actually, spoon-by spoon, you’re eating a cure.” Oh dear.

Also in Turkey, dozens of people have either died or been admitted to intensive care units because they drank rubbing alcohol in a bid to prevent or cure the disease.

The problem is that apart from being ineffective, suggestions like these, and gargling with vinegar or warm salty water  to prevent the virus making it past the throat, can make some people think that’s all they need to do and potentially ignore practical measures such as hand hygiene and social distancing.

I am a strong supporter of free speech but when people spread dangerous nonsense like this in the guise of healthcare advice, I believe there should be some form of action. The faster we control the spread of this pandemic, the sooner we can all get back to normal.

Iran has been particularly hard-hit and it’s no laughing matter. I’m not certain where the suggestion came from, but at time of writing, more than 1,000 people have become ill and more than 300 have died from drinking methanol to ‘cure’ themselves of Covid-19.

Meanwhile in Belarus, President Alexander Lukashenko, a former ‘collective farm director’, has suggested hopping onto a tractor as an efficacious prevention strategy. “There shouldn’t be any panic… ” he told a televised meeting. “You just have to work, especially now, in a village. People are working in tractors, no-one is talking about the virus … there, the tractor will heal everyone. The fields heal everyone.”

Over to Turkmenistan and President Gurbanguly Berdymukhamedov (go ahead, wrap your lips around that one), who has suggested burning a desert plant called Peganuma harmala and inhaling the smoke as a curative measure.

A Hindu organisation in India recently set up a cow urine-drinking event as a supposed preventive measure, while President of Tanzania John Pombe Magufuli refused to order the closure of places of worship to prevent large crowds gathering and spreading the virus. His reasoning is that Covid-19 is “satanic” and cannot survive in a place of worship.

Of course, we cannot forget US President Donald Trump, who has made highly misleading claims about the efficacy of a number of existing drugs in treating Covid-19. Notably, he urged Americans concerned about Covid-19 to take anti-malaria drug hydroxychloroquine, despite potentially serious side-effects and lack of supportive data of its effectiveness against the disease.

Back in the ‘real world’, doctors and other healthcare workers are rightly being lauded for their efforts in dealing with all of this, before fading into the background again. Perhaps now would be a good time to highlight to the public the debacle over the consultants contract and the crisis facing general practice.

Anyway, there is not much being said about the Trojan work being done by clinical researchers the world over. On a daily basis, press releases are issued that outline the round-the-clock work going on in collaborations between governments, medical research professionals and the pharmaceutical industry, among others.

They should be given more credit and awareness should be raised regarding this vital work behind the scenes to speed-up the search for a vaccination candidate.

It just goes to show what we are able to achieve when everybody pulls in the same direction.