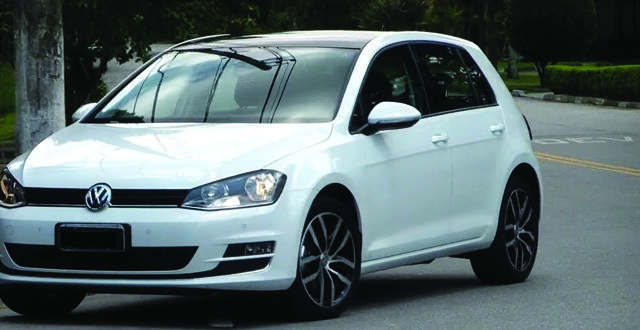 Many years ago I bought a Golf GTi. Broke rule number one and rule number two. I met a chap outside a pub and agreed to buy the car. When I met him the clutch cable had snapped and I was not able to drive it. The car was nine months old and still under warranty. I agreed to buy it provided, when I drove it, it was fine. I drove it for the next six years, serviced it myself and apart from a faulty airflow meter at about 60,000 miles it never gave a minute’s trouble. I sold it with 99,500 miles on the clock.

The car was great. It handled beautifully and was as fast (well, faster) as I needed. It could seat the kids and their bits in the back and the boot. What was there not to like? It had a 1.8 fuel injected engine producing 110bhp, a 0-60 time of 8.4 seconds and a top speed of 125mph. I generally got 28-30mpg. That was called a Mark 2.

Fast forward to this week and my test car was the VW Golf 1.4 turbo petrol TSI (not called Mark 7, just 7th Generation). Really it’s a Golf 7.5, with its mid-life upgrade and new engine. Although a smaller engine, the car is nearly 50 per cent heavier, but not 50 per cent roomier. Don’t worry about it too much. Some years ago the VW Polo was the same size as a Mark 1 Golf. It’s got bigger again.

This TSI Golf replaces the previous GT Turbo, which did not do much for Golf’s reputation, being somewhat hard on timing chains, costing about €1,000 to replace.  Although it has a smaller engine than my old GTI and a turbo (usually means less mpg as I have a heavy foot), in my hands it can readily do 7.2l/100k or nearly 40mpg.

Did I tell you it is petrol? The Golf uses new technology that allows the engine to run on two cylinders when they’re not needed, saving fuel. Despite the extra power, this ‘it’s not a GTI Golf’ can do 0-60mph in 8.2 seconds (compliments of its 150bhp), a testament to how times and the body mass index of cars have moved on. Maybe it is also testament to the fact I’m getting older as I’m fairly satisfied with the acceleration of the car.

When you look at all the models from different manufacturers in this class, you have to wonder why is the Golf doing so well? It is still a popular car (look at the second-hand values) and a lot of young people want one. And Honda Civics.

On the move the car is quiet and feels very refined. I do want to remind you it is petrol. The Golf I drove had the R-Line interior package added as an option. Suffice to say that in addition to neat piano black trims, this includes a versatile sports steering wheel with a multitude of controls, an ‘infotainment screen’ and you can choose supportive sporty seats that hold you well yet do not require a hoist or healthcare assistant to get you back out.

I think the R-Line package costs just over €2,000, but if you’re curious the online configurator can let you play with a multitude of options. I started with a €27,000 car and added €5,000 of options quite easily, not including LED headlights (€1,800).

But this is getting away from the driving experience. Yes it is quiet. Mostly. On some surfaces the low profile Continental tyres make a little more noise than I’d expect. But then I’m more of a Michelin man. It is also very chuckable and still fun. However, getting near to the limit of adhesion, where only fools dare to thread, it gets a little uneven. There is ample early warning to back off as there is plenty of feel through the car to let you know what is going on.

Anyway, most drivers won’t notice that. What drivers will notice is the ‘stop-start’ restarts of the Golf when the car in front moves off, rather than waiting for you to take your foot off the brake or on the throttle. It also gives audio and visual alerts if you approach a car from the rear too rapidly with no brakes applied. This is because of a distance sensor in the front of the car checking your gap from the car in front, a first in this class of car. To me that’s intelligent.

Drivers will also notice the new dashboard. You have a variety of dials and information displays between the two significant dials, including sat nav, with the TFT (thin film transistor, nothing to do with thyroid function test) display. Funnily enough the rear view camera is not displayed there.

This upgrade will continue the success story of the Golf.