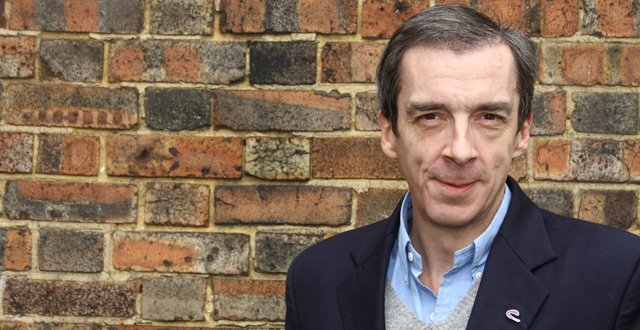 As important as it is to treat the disease, treating the patient is equally important, particularly in diseases that can be isolating and stigmatising like AIDS and hepatitis C, according to Mr Charles Gore, President of the World Hepatitis Alliance. Outside the circles of the medical specialties that deal with viral hepatitis C, it is largely an unknown quantity, despite the fact that it affects up to 200 million people globally.

Mr Gore was diagnosed with hepatitis C in 1995, only after his skin had turned yellow. He was diagnosed with cirrhosis of the liver in 1998. Troubled by his inability to find clear, accurate and unbiased information and by the lack of any organisation providing support in the UK, he set up the Hepatitis C Trust in 2000 with three other hepatitis C patients, and took on the role of running it. In 2002, he was treated with pegylated interferon and ribavirin treatment and successfully eradicated the virus. “Since then my health has continued to improve and I now live a life so full that I would never have imagined possible back in 1997,” he said. However, he added that treatment caused him to develop diabetes and pancreatitis.

Mr Gore has worked extensively with the NHS in the UK and the European Liver Patients Association, championing the patient perspective. In 2007 he organised a meeting of hepatitis patient organisations from around the world to agree on co-ordinated global action. From this emerged the decision to hold an annual World Hepatitis Day (which is only the fourth disease-specific official WHO day, along with World AIDS Day, World TB Day and World Malaria Day), and to create a new NGO, the World Hepatitis Alliance, of which he is the President.

Almost all the information and data available about hepatitis C have come exclusively from clinicians, epidemiologists and from the pharmaceutical industry, points out Mr Gore.

“So little information has come from the people living with, and too often dying from, this virus,” he said.

Almost 4,000 people from 73 countries were surveyed on how living with hepatitis C impacts all aspects of their lifestyle, how much they knew before they were diagnosed and their experience of diagnosis, care and treatment. The survey results were unveiled at the European Association for the Study of the Liver (EASL) International Liver Congress 2015 in Vienna, where the Medical Independent (MI) spoke with Mr Gore.

The survey results highlighted that not enough is being done by governments to raise awareness of hepatitis C, that doctors persistently miss opportunities to diagnose people, and that living with hepatitis C and undergoing interferon-based treatment has a greater than appreciated impact on a person’s physical, psychological and emotional health. The survey also found the impact of hepatitis C and treatment is too often unappreciated by healthcare professionals in particular and that, in general, not enough is being done to inform and support patients across the world.

Mr Gore maintained that hepatitis C has been “tremendously” overlooked in global health, despite the fact that “annually it kills more people than HIV, malaria or TB, and yet it has nothing like the awareness or the recognition and the priority and that is just beginning to change now”.

He commented: “If you look at awareness, the majority of people [surveyed], nearly 70 per cent, did not know about hepatitis C when they were diagnosed. So we are not doing very well with awareness campaigns. What is particularly concerning is that of those who were aware of hepatitis C, only 5 per cent of them had learned about it from Government campaigns.”

The survey report said this finding confirms that governments are failing to uphold their commitment to raising awareness about hepatitis, as agreed in World Health Assembly Resolution 63.18, which highlighted the importance of education to drive public awareness of hepatitis C as a global public health problem back in 2010.

When asked by MI if the lack of awareness was down to the stigma of hepatitis C and the fact that many patients are injecting drug users, Mr Gore agreed. “It’s not children with leukaemia and there are no dogs involved… people with hepatitis C do not tend to stand up and shout very loudly. A complicating factor is that some of the symptoms of hepatitis C, which include depression and tiredness, do not compel you to stand up and shout that the government is doing nothing. So the disease itself holds you back from asking for action,” he said.

In addition, there is a lack of high-profile celebrities or role models campaigning about the disease or even admitting they have it, he pointed out.

“It is still very stigmatised and… there are just not enough people prepared to step forward and say ‘I have it’. We know there many people who were in the music business from the 1960s and 1970s have it. But again is that stigmatising, are we just going to be pushing that particular route of transmission?” he said. In Ireland, due to the scandal whereby women contracted hepatitis C from infected anti-D products in recent decades, Mr Gore noted that there is a “sympathetic cohort”.

Mr Gore contended some of the worst stigma experienced by hepatitis patients is from within healthcare systems, citing the NHS.

“It is really a big issue among the medical profession,” Mr Gore commented, claiming that a pregnant woman he knew with hepatitis C “was treated like a leper and there was an immediate assumption she was using drugs” when her disease status was revealed. He stressed that such assumptions had to stop and patients had to be treated as people.

Discussing why clinicians globally so frequently fail to diagnose hepatitis C in a timely manner, Mr Gore acknowledged that the symptoms, which include pains, tiredness and mild confusion, can be vague and similar to a number of other less serious conditions.

“But there is a basket of symptoms, which taken together should definitely prompt a hepatitis C test. Over half went to GPs and were not tested,” he maintained.

According to the survey results, just 16 per cent of people reporting hepatitis C symptoms in the UK were offered a test, and this falls even lower in the Netherlands, to one-out-of-10 respondents.

“One of my friends said that the best thing that ever happened to her was being diagnosed with hep C. And the reason for that was that for 15 years she had been going to a GP complaining of symptoms and effectively was made to feel like either that she was inventing it or she was a malingerer. The diagnosis stopped her thinking that perhaps she was going mad.

“So even though she had been diagnosed with something potentially fatal, the relief of actually knowing that, yes, there actually was something wrong with her and she had not been making it up… that is not an uncommon story — of people going back and back again to GPs and being diagnosed with all sorts of other things that they don’t have,” Mr Gore said.

Previously speaking about his own diagnosis of hepatitis C, he said his doctor knew enough to test for hepatitis C but not enough to give him the information he needed. He thus came away with the impression that this was some minor virus that he just had to live with — and maybe he shouldn’t drink too much. He was never referred to specialist care.

Returning to the HCV Quest results, Mr Gore pointed out that globally, 65 per cent of the survey respondents who were diagnosed by a non-specialist physician reported that they were referred to a specialist within three months of diagnosis. However, many reported significant delays in referral to a specialist; 12 per cent said they were referred after three years or were never referred. Although over a third of those surveyed (38 per cent) had no liver damage at the time of diagnosis with hepatitis C, 15 per cent had cirrhosis (with and without complications).

Better education of physicians would lead to earlier diagnosis and referrals, resulting in more prompt treatment and care for those affected by the disease, Mr Gore pointed out. Earlier intervention is critical to effective treatment, and would also likely reduce the overall costs involved.

Meanwhile, the majority of patients surveyed felt that they should be involved in decisions regarding their treatment, yet only the minority were regularly consulted. When discussing treatment experiences, those surveyed talked about expense, access problems and treatment-related sickness, and 35 per cent of respondents had not received treatment at all. Over 60 per cent of the 1,733 respondents who had been offered treatment but were not being treated at the time of the survey believed they were being properly monitored.

In addition, more than three-quarters of respondents said they did not receive enough information at the time of diagnosis, with just 12 per cent being put in contact with a local patient group or organisation.

Mr Gore said HCV Quest, because of its scope and scale, is sending some very clear messages to governments everywhere about the “many wasted opportunities” and to use World Hepatitis Day to inform those at risk.

“And to diagnose people much earlier because so often they do present with some symptoms and to make better use of patient groups to take some of the burden from the health system,” he added.

“Finally, it is telling them that they must do more to ensure that people with hepatitis C have access to interferon-free treatment. They must, in fact, give them back their lives.”