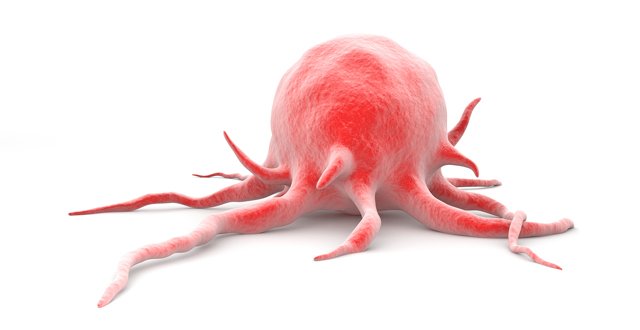 Now in its fourth year, the John Fitzpatrick Irish Genitourinary Cancer Conference continues to attract an international faculty of leading multidisciplinary specialists across a range of specialties, from urology, medical and radiation oncology, to pathology, scientific and allied health professionals, all of whom are committed to delivering state-of-the-art care for the urological cancer patient.

The meeting is dedicated to Prof John M Fitzpatrick (1948-2014), Professor Emeritus of Surgery, University College Dublin, Consultant Urologist and Chair of the Department of Surgery at the Mater Misericordiae University Hospital, Dublin. He was an Irishman with a truly global reputation in urology and fondly remembered by his colleagues, at home and abroad, many of whom were delegates at the two-day meeting in the Aviva Stadium.

Initially a prostate cancer meeting, the scope was broadened last year to include all urological cancers and this format was continued once again, with faculty from Ireland, the UK, France, Spain, the US and Australia participating in the meeting.

Following a welcome address by Dr Jerome Coffey, Director of the National Cancer Control Programme, the first session on prostate cancer was opened by Prof David Gallagher, St James’s Hospital, Dublin, who provided an overview of the current state of genetic testing in genitourinary cancers in Ireland. While this area has witnessed considerable evolution, the challenge of direct consumer genetic testing poses potential problems in the future and there is clearly a need for regulation.

Dr Niall Corcoran, Royal Melbourne Hospital, Australia, both a urologist and research scientist, provided some emerging evidence from translational studies on the persistence of castration disease in high-risk prostate cancer.

Mr Rick Popert, Guy’s Hospital, London, challenged the 40-year-old dogma of obtaining prostate biopsies using the transrectal route and discussed the implementation of ambulatory day case transperineal prostate biopsy performed under local anaesthetic in Guy’s Hospital. This is an exciting advance in prostate cancer diagnostics and Mr Popert provided a very compelling argument that transperineal prostate biopsies improve detection of clinically-significant prostate cancer and a general anaesthetic is no longer a barrier to performing these biopsies.

Prof Shamim Khan discussed the development of the innovative robot-assisted radical cystectomy programme in Guy’s and St Thomas’s Hospital, London, advocating that this will become the standard of care in the future, whereas open radical cystectomy will be reserved for highly-selected patients unsuitable for robotic surgery. He argued that the robot is just another surgical tool and the surgeon is still the most important factor in these challenging and difficult surgeries.

Dr Andrea Apolo from the National Cancer Institute, Bethesda, US, provided an overview of some of the novel drugs for the treatment of locally-advanced and metastatic bladder cancer, which target PD-1/PD-L1 pathway, including atezolizumab, nivolumab, durvalumab and pembrolizumab. These novel ‘checkpoint’ inhibitors are an exciting development in the treatment of bladder cancer, an area that has seen relatively little novel drug development until recently.

The session closed with a summary from Prof Ray McDermott, St Vincent’s Hospital, Dublin, on the valuable contribution that Clinical Trials Ireland (CTI) has made in recruiting Irish patients with genitourinary cancers to a number of important landmark international clinical trials.

The second day of the conference opened with a further session on prostate cancer, with another outstanding talk from Dr Niall Corcoran, Royal Melbourne Hospital, Australia, on the genomic drivers of prostate cancer metastasis.

Ms Netty Kinsella, a uro-oncology nurse consultant from the Royal Marsden Hospital, London, discussed the development of a ‘pre-habilitation’ programme for men prior to radical prostatectomy. This novel programme uses patient-reported outcome measures pre- and post-operatively, blending patient seminars, telephone contact and multi-professional survivorship clinics at regular intervals to enable men to be transferred back to their GPs earlier following their surgery for prostate cancer.

Mr Jim Adshead, the Lister Hospital, Stevenage, Hertfordshire, UK, reviewed his experience and validation of the NeuroSAFE method of nerve-sparing during radical prostatectomy. This innovative method, developed at the Martini-Klinik in Hamburg, Germany, uses intra-operatively frozen section analysis of the prostate specimen to ensure negative surgical margins, while allowing the urologist to preserve the neurovascular bundle critical for post-operative erectile function without compromising the oncological outcome. Using this method, Mr Adshead has been able to achieve almost 80 per cent potency rates if bilateral nerve-sparing is performed. The session was closed with a very succinct and clear description of the more unusual subtypes of prostate cancer by a recognised leader in the field of urological pathology, Prof Jonathan Epstein, Johns Hopkins Hospital, Baltimore, US.

The plenary session of the meeting opened with Dr Darren Feldman, Memorial Sloan Kettering Cancer Centre, New York, US, outlining some of the many contemporary challenges in the management of testicular germ cell tumours, particularly relating to the salvage treatment of relapsed metastatic germ cell tumours.

Dr Bernard Escudier, Institut Gustave Roussy, Paris, France, gave an in-depth insight into the current and rapidly-evolving landscape of treatments for metastatic kidney cancer and in particular, discussed the emergence of the novel agents nivolumab and cabozantinib as second-line treatment.

The keynote address of the plenary session was delivered by Prof Anthony Costello, Royal Melbourne Hospital, Australia, who vividly reviewed the surgical advances in performing radical prostatectomy over a 40-year period from the late 1970s, when men spent three weeks in hospital post-operatively having sustained a major blood loss with very poor functional outcomes, to the advent of contemporary robot-assisted surgery, with a 24-hour stay in surgery, minimal blood loss and excellent functional outcomes. Prof Costello eloquently debunked several prostatectomy surgical ‘gimmicks’ and techniques which have gained popularity without any solid evidence of benefit, including that performing pelvic node dissection in high-risk disease has no oncological benefit; nerve-sparing is not related to continence outcomes; posterior bladder-neck repair does not improve continence outcomes; and seminal vesicle tip-sparing does not affect functional outcomes. The advent of modern imaging techniques in prostate cancer, such as multi-parametric MRI and PSMA-PET, remain a challenge for the clinician to determine their role in current practice. Prof Costello challenged the premise that men with a ‘negative’ multi-parametric MRI prostate can safely avoid a prostate biopsy. He also proffered that PSMA-PET is a useful adjunct in both the pre-surgical setting and following biochemical recurrence prior to considering salvage radiotherapy or metastasis-directed therapy. He cautioned that metastasis-directed therapy should be performed in the context of a clinical trial and a multidisciplinary setting. Finally, Prof Costello advocated that the future of robotic surgery is dependent on urology residency programmes embracing the technology by harnessing simulation, virtual reality and emerging, cheaper robotic platforms.

The final session was opened by Dr Paul Kelly, Cork University Hospital, who recounted the varied, and at times very colourful, history of the isotope radium-223. Traditionally, the indications of radium-223 have centred on treating castration-resistant metastatic bone disease, however, there are now ongoing trials in Ireland using radium-223 in combination with enzalutamide.

Dr Chris Sweeney, Dana-Farber Cancer Institute, Boston, US, summarised the data from the many trials using androgen deprivation in combination with docetaxel or abiraterone in the setting of metastatic castration-sensitive prostate cancer. He concluded by providing rational advice on the many complex treatment choices now available for men with hormone-sensitive metastatic prostate cancer and which men may benefit most from chemotherapy.

Prof Epstein summarised the deficiencies with the current Gleason grading system for prostate cancer needle biopsies, which dates from the 1960s. He discussed the new, simplified system of five grades adopted by the World Health Organisation (WHO) in 2016, which he was instrumental in developing. This was developed based on a study of  over 20,000 prostate cancer cases treated with radical prostatectomy and  over 5,000 cases treated by radiotherapy. The new system distils the grades of prostate cancer down to five grades, each with a unique prognosis.

Once again, the meeting combined some impressive scientific and clinical insights on the latest advances in genitourinary cancer from an outstanding international faculty and is a wonderful, enduring tribute to the memory of Prof John Fitzpatrick.