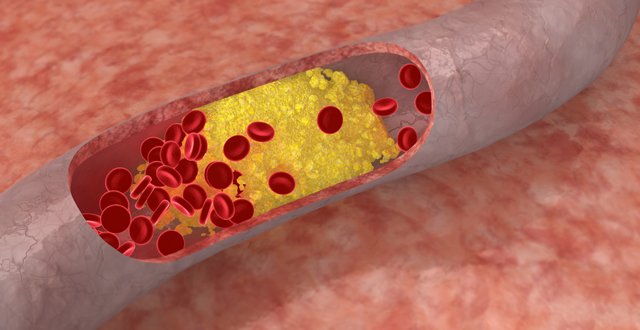 Atherosclerotic cardiovascular disease (ASCVD) is the leading cause of death worldwide. On the basis of 2012 mortality rate data, more than 48,000 people die of ASCVD each day, an average of one death every one to two seconds. The causes of ASCVD are multifactorial, and may include factors related to lifestyles, age, male gender and other factors such as arterial hypertension, type 2 diabetes and dyslipidaemia. Large epidemiological studies have found a strong and graded positive association between increasing plasma levels of low-density lipoprotein (LDL) cholesterol or decreasing plasma levels of high-density lipoprotein (HDL) cholesterol and increasing risk for ASCVD events. Despite the clinical benefits of lowering cholesterol in both primary and secondary prevention of ASCVD, cholesterol levels remain under-treated, with many patients not achieving their recommended targets. This review will focus on the different classes of cholesterol-lowering agents and their clinical uses.

Since their introduction in the 1980s, statins have emerged as the one of the best-selling medication classes to date, with numerous trials demonstrating powerful efficacy in preventing cardiovascular outcomes.

Mode of Action: Statins are competitive, reversible inhibitors of β-hydroxy-β-methylglutaryl coenzyme A, the rate-limiting enzyme of cholesterol biosynthesis. The efficacy of statins may also be due to its pleiotropic effects, which are cholesterol-independent and include reduction of the inflammatory process and accumulation of esterified cholesterol into macrophages, increased stability of the atherosclerotic plaques,  increase of endothelial nitric oxide synthetase, restoration of platelets activity and of the coagulation process.

Efficacy: The statins are currently the most powerful approved drugs for lowering LDL-cholesterol, with reductions in the range of 30 to 63 per cent. Among the statins, rosuvastatin may be the most effective in raising HDL-cholesterol. Atorvastatin and rosuvastatin may be more effective at lowering triglycerides (14 to 33 per cent) than other statins in patients with hypercholesterolemia.

Side Effects: Several clinical trials have demonstrated the efficacy and safety of statin treatment. Nevertheless, a significant proportion of patients taking these drugs may experience some degree of intolerance, which in turn may result in statin discontinuation.

(ii) Hepatic dysfunction: Clinical studies of statins have demonstrated a 0.5 to 3.0 per cent occurrence of persistent elevations in aminotransferases in patients receiving statins. While many drugs may cause liver disease, the evidence indicates that significant liver pathology attributable to statins is rare.

(iv) Behavioural and cognitive: There have been case reports of patients developing severe irritability and aggression associated with the use of statins. Concerns have also been raised about cognitive dysfunction and memory loss associated with statin use, however, a systematic review of randomised trials and observational studies found that published data do not suggest that statins harm cognition.

(v) Cancer: Preclinical studies found that very high-dose statin therapy increased the risk of liver tumours in rodents. Some, but not all, observational studies have also raised the possibility that use of statins may decrease overall risk of cancer and of specific cancers. In contrast, meta-analyses of randomised trials have consistently shown no effect of statins on cancer incidence or cancer mortality.

(vii) Statin intolerance: Although data from clinical trials suggest low rates of statin side effects leading to discontinuation, it is not uncommon to find patients who are intolerant of one or more statins because of myalgias or other muscular symptoms.

Less commonly, aminotransferase elevations require making changes in the statin, the statin dosage, or changes to another class of cholesterol-lowering therapy.

Despite the clinical benefits of lowering cholesterol in both primary and secondary prevention of ASCVD, cholesterol levels remain under-treated

As an increasing number of patients become eligible for lipid-lowering therapy, this is becoming a more prevalent issue. There are several measures that healthcare providers and their patients can take to reduce the risk of statin intolerance. These may include comprehensive pretreatment assessment, patient counseling, and ongoing monitoring.

For patients who demonstrate actual intolerance to statin therapy, there are several therapeutic options that may be considered, including the use of different or lower dose statins.

In addition, non-statin alternatives or adjuncts for lowering LDL-C may be warranted. Interventions to alleviate the symptoms of myalgia while continuing to take statins have also been considered.

Major advancements in the search for efficacious pharmacological agents to lower LDL-cholesterol or raise HDL-cholesterol with concomitant benefit on ASCVD are on the horizon.

Proprotein convertase subtilisin kexin 9 (PCSK9) is a serine protease produced mainly in the liver and released into the plasma, where it interacts with an extracellular domain of the hepatocyte LDL receptors.  This interaction prevents the recycling of LDL receptors leading to their degradation inside the hepatocytes, and ultimately to less clearance of LDL-cholesterol and increased plasma levels. In several epidemiological studies, carriers of the gain-of-function mutations in PCSK9 have higher levels of LDL-cholesterol as well as a higher risk of ASCVD compared to noncarriers. Other epidemiological studies have found that carriers of loss-of-function mutations in PCSK9 have lower concentrations of LDL-cholesterol as well as a lower risk of ASCVD compared to noncarriers.

Several large phase 3 clinical trials with the PCSK9 inhibitors alirocumab and evolocumab, have demonstrated consistent plasma LDL-cholesterol reductions across a variety of patients and background therapies.

In a study of evolocumab monotherapy versus ezetimibe in 614 patients, evolocumab reduced LDL-cholesterol by 55 per cent to 57 per cent at 12 weeks, compared with 18 per cent to 19 per cent for ezetimibe.

In another similar study, the LDL-cholesterol reductions with ezetimibe were found to be less than one-half of that achieved with evolocumab treatment, regardless of the intensity of statin therapy.

The efficacy of the PCSK9 inhibitors alirocumab and evolocumab has also been demonstrated in statin-intolerant patients.

In a similar study, alirocumab reduced LDL-cholesterol by 56 per cent on average, compared with 22 per cent for ezetimibe.

Evolocumab and alirocumab have also been studied in phase 3 trials investigating patients with heterozygous and with homozygous familial hypercholesterolemia. In these trials, these two monoclonal PCSK9 antibodies reduced significantly LDL-cholesterol by approximately 60 per cent compared with placebo.

In terms of safety and tolerability, injection-site reactions and other adverse reactions including elevation of liver aminotransferase or creatinine kinase, were rare in PCSK9 inhibitors’ trials. The tolerability and the durability of LDL-cholesterol-lowering effects of larger and longer-term evolocumab were maintained, and serious adverse reactions occurred in a similar number of patients in both, the experimental and the control groups. Of particular note, neurocognitive events, although uncommon, were more frequently observed in the evolocumab group. Whether these neurocognitive events were related to the achieved LDL-cholesterol is still not well understood. The ongoing prospective EBBINGHAUS trial is currently investigating this issue in a group of patients with baseline normal cognitive function. Interestingly, patients receiving evolocumab, in this trial, had a lower rate of ASCVD events.

A 78-week ODYSSEY LONG TERM placebo-controlled trial of the monoclonal antibody alirocumab randomly assigned 2,341 patients at high risk for ASCVD events and on maximally tolerated statin therapy, to alirocumab or placebo. Adverse reactions including injection site reactions, myalgia, neurocognitive events, and ophthalmologic events were similar in both groups, as were serious adverse reactions. Although there was no statistically-significant reduction in the pre-specified ASCVD safety, patients in the alirocumab group had a lower rate of a post hoc ASCVD composite.

There are currently several ongoing large, placebo-controlled phase 3 trials projected for late 2017, which include the ODYSSEY Outcomes trial and the FOURIER trial, investigating whether PCSK9-directed therapies on a background of statin reduce ASCVD events. These studies may provide additional information on longer-term efficacy and safety of PCSK9-directed therapies. Although these PCSK9 antibodies are now becoming available in clinical practice, the need for injections may limit their clinical use.

There are other promising pharmacological agents on the horizon that have been reported to significantly lower LDL-cholesterol in severe hypercholesterolaemias, including (i) microsomal transfer protein inhibitors that block the transfer of triglycerides onto apo B, (ii) thyroid hormone mimetics, which increase hepatic LDL-cholesterol clearance, and (iii) oligonucleotides such as mipomersen which inhibits apo B synthesis.

Cholesteryl ester transfer protein (CETP) facilitates the transfer of cholesteryl esters from HDL particles to triglyceride-enriched lipoproteins. CETP inhibitors remain probably the most efficacious pharmacological agents capable to increase HDL-cholesterol  by more than 100 per cent on a dose-dependent basis. Among the CETP inhibitors developed to date (torcetrapib, anacetrapib, evacetrapib, dalcetrapib, and TA-8995)  (i) torcetrapib was withdrawn following an excess of mortality in the torcetrapib arm of the ILLUMINATE trial, (ii) dalcetrapib was stopped prematurely due to lack of clinically meaningful efficacy during the dal-Outcomes trial, (iv) evacetrapib was discontinued due to insufficient efficacy in the ACCELERATE study (v) anacetrapib was associated with increased cardiovascular events in the treatment group of the REALIZE trial, and (vi) development of TA-8995 is ongoing and outcomes and phase 3 trials have been launched.

There are other promising pharmacological agents on horizon that may raise HDL-cholesterol and apo A1 with concomitant benefit on ASCVD events. Among them, major interest is focused on apo A1 mimetic peptides which not only may participate in the cellular cholesterol efflux, but may also exert anti-inflammatory actions. Patients treated with apo A-1 Milano phospholipid complexes may have a significant decrease in atheroma burden.

Major advancements in the search for efficacious pharmacological agents to lower LDL-cholesterol or raise HDL-cholesterol with concomitant benefit on ASCVD are on the horizon. Outcomes studies are ongoing to evaluate their efficacy, safety, and cost-effectiveness.