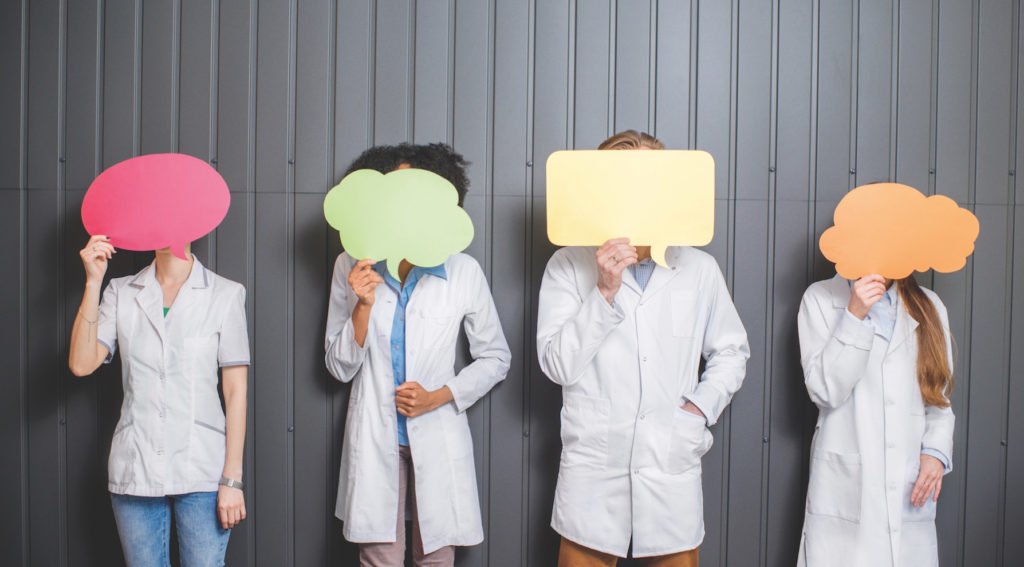 There are significant reforms on the way in ‘open disclosure’, which seek to change how doctors communicate with patients. David Lynch looks at the current situation and coming developments

In the wake of last September’s publication of the Scoping Inquiry into the CervicalCheck Screening Programme, the issue of ‘open disclosure’ came to the fore.

Last month, the issue was discussed at two major conferences. The National Health Summit in Croke Park was addressed by the report’s author Dr Gabriel Scally, while separately, the RCSI Charter Day Meeting focused on the topic of ‘When things go wrong — supporting surgeons, supporting patients’.

“The introduction of the word ‘should’ is a death knell to patient’s rights, in my view,” Dr Scally told the National Health Summit during a session on open disclosure. “Words that need to be appearing in these guidelines are ‘must’.  And if anyone does not agree with the ‘must’, then they will have to argue from that position.

“They have to argue back from a ‘must’ position. Not argue forward from a ‘should’ position. That is one of the changes that absolutely needs to happen.”

According to the Scally report, internationally, the development of open disclosure policies in healthcare institutions has taken place over the past 30 years. Its first formulation is attributed to a hospital in Montreal, Canada, in 1987. In Ireland, the coming months are certain to witness major changes in open disclosure

Speaking to the Medical Independent (MI) at the summit, Dr Scally said he understands the often challenging position doctors are in.

Despite this, he said changes were vital in the interest of patient safety.

“So nonetheless, the fundamental business is — it is about doing the right thing for patients,” Dr Scally said.

“And that’s what we want doctors to do.”

Addressing the health summit, Dr Scally raised concerns about the slow pace of the HSE in regards changing its open disclosure guidelines, following the publication of his report.

However, he did sound an optimistic note in terms of the overall trajectory on open disclosure and the implementation of reforms flagged in his report.

“I think we are going to start and make the changes,” he said. “I am reviewing the implementation of the recommendations, and they are going well.

“In general, they are going well and that is the way forward.”

Dr Scally praised the medical educational bodies for taking a lead role in helping change the framework in which open disclosure is conducted.

“The rules and regs [regulations] and so on are important,” he told this newspaper.

“That is going to be worked on by the colleges and the professional bodies and I am so impressed by many of the things that are happening that way, I really am.

“But there is a lot of what I was saying that is about changing the nature of the relationship between doctors and patients,” he said.

“That is as important as anything else.”

Despite some concerns over the pace of change, it is clear that progress on open disclosure is being made.

Speaking in front of the Joint Committee on Health last month, HSE Interim Director General Ms Anne O’Connor said “an interim revision of the HSE open disclosure policy has commenced and will be communicated and implemented throughout the system pending a more detailed review during 2019”.

A HSE spokesperson also told this newspaper that this revision is a “priority piece of work”.

“The HSE interim policy revision has been completed and the policy was circulated for consultation in December 2018,” the Executive spokesperson said.

“Consultation has also included patient representatives. The final draft revised policy is scheduled for circulation to the HSE Directorate Team in February with a view to launch in quarter 2 of 2019.”

There are also big developments in the area of legislation with the upcoming Patient Safety Bill promising changes to open disclosure.

“On the 5 July 2018, the Government approved the General Scheme of the Patient Safety Bill,”  a Department of Health spokesperson told MI.

“The General Scheme of the Patient Safety Bill provides the legislative framework for a number of important patient safety issues, including: Mandatory open disclosure of serious patient safety incidents and the notification of same to the Health Information Quality Authority, Mental Health Commission and the State Claims Agency; clinical audit guidance against explicit clinical standards on a national basis; and the extension of the Health Information Quality Authority’s remit to private hospitals.

“The General Scheme of the Patient Safety Bill is intended to provide clarity and assurance in relation to open disclosure to patients and or their family with regard to serious patient safety incidents, the management of the incident itself and the need to ensure the dissemination of any learning from the review of the incident across the whole health system.

“This is further facilitated by the requirement for mandatory external reporting of those same serious patient safety incidents by health service providers to the appropriate regulatory authority and the State Claims Agency. Our intention is to publish the Bill this year.”

The spokesperson also confirmed that in recent months, it has been in contact with the Medical Council regarding open disclosure guidelines.

The spokesperson said that in line with the Scally report it had “engaged with the Medical Council and the heads of the postgraduate training bodies to strengthen the guidance on open disclosure for medical practitioners”.

“The Medical Council are reviewing their ethical guidance in relation to open disclosure.”

Also, following the publication of the report, the Department is in the process of establishing an independent Patient Safety Council.

“When established, the immediate priority of the council will be to undertake a review of open disclosure policies, informed by international best practice and research with a view to standardising and optimising the process of open disclosure to enhance the patient experience and maximise the opportunities for system-wide learning.”

The impact of ‘When things go wrong’ in surgery both on surgeons and patients was discussed at the RCSI Charter Day last month (see panel). The meeting was addressed by, among others, Prof Sean Tierney, Dean of Professional Development and Practice at the RCSI.

“I think for all the talk, the legislation and inquires, the vast majority of doctors are entirely open with their patients about what’s happening to them, what happened to them, why that happened, what needs to be done about it.”

Prof Tierney said “there are certain circumstances where that doesn’t happen and that’s where the focus has been”.

While he said surgeons are happy with a type of open disclosure that “should  happen, that is mandatory”, Prof Tierney said that he and others had some concerns with proposed specific aspects of the Patient Safety Bill.

He said that concern was with “where you are now going to have a mandated process in the proposed Patient Safety Bill where you must follow a particular procedure, which is a very legal procedure and if you don’t follow it, there is criminal sanction.

“We don’t see that being the solution to the problem. And we have written [during] public consultation in that regard because we think there are better ways to do that.”

Prof Tierney added, “I think the profession is behind open disclosure. If there are challenges, it’s around ensuring there are supports in place to allow that to happen properly.”