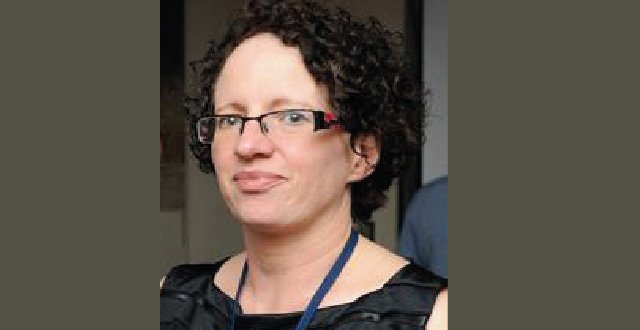 Advocacy is an important activity of the IMO. Doctors work at the coalface of the health service and every day make clinical decisions based on scientific evidence and international best practice. Frequently, major changes to healthcare policy are guided by economic or political imperatives without any evidence of improvement to quality of care or patient outcomes.

The IMO AGM provides a crucial forum for our members to debate the issues affecting health services, the medical profession and to shape IMO policy. Throughout the year the IMO is busy developing position papers, responding to consultations and advocating to members of the Dáil on health and societal concerns. Advocacy can be a lengthy process but is a rewarding activity for the IMO members, as illustrated in recent decisions on universal health insurance (UHI) and the publication of the Public Health (Alcohol) Bill.

The IMO has consistently advocated for a universal healthcare system that aims to secure timely access to adequate, quality healthcare for all at an affordable cost. UHI, however, is not universal healthcare and when the Minister for Health announced in November 2015 that the Government did not intend to press ahead with UHI, the IMO welcomed that decision.

The IMO vigorously campaigned against the model of UHI proposed by the Government in the White Paper on UHI. Any funding model that relies on mandatory private health insurance is fundamentally flawed and cannot deliver on affordability, equity of access, choice, timely access to care or quality of care and value for money. Under a market model, healthcare becomes a commodity to be bought and sold for profit. Costs become impossible to control, as private providers and insurers vie for healthier clients to increase turnover and market share on more profitable care while leaving more complex, cost-intensive and chronic care to the public and voluntary sector.

Market-based systems also necessitate a whole level of regulatory, administrative and marketing costs that are not required in other funding systems and which drain resources from the provision of patient care. Few countries rely on private health insurance to fund public healthcare and it is no coincidence that those that do, such as the US, Switzerland, and the Netherlands, rank first, third and fourth in terms of per capita spending in the OECD.

The IMO’s position on UHI was raised again on numerous occasions, including a meeting with the Department of Health on the scope of private health insurance to cover primary care services and in correspondence to the ESRI and the Health Insurance Authority, who were charged with carrying out the costing exercise.

The IMO was unsurprised by the findings of the ESRI, which found that the overall level of Irish healthcare expenditure would increase by between 3.5-10.7 per cent (between €666m-€2,055m), depending on the basket of services.

The IMO is committed to universal healthcare. UHI, however, is just a funding model and there are alternative models. The IMO believes that with incremental increases in resources and careful planning, the goal of universal healthcare can be delivered either under an expanded taxation model or eventually under a system of social health insurance. What is important is to have an open debate on how best to provide universal healthcare and to reach a consensus on the most appropriate funding model for our country.

For many years ,the IMO has been lobbying for a range of measures to reduce high levels of alcohol consumption and binge drinking in Ireland, particularly in young people. On foot of IMO general motions, the IMO Position Paper on Alcohol and Young People in 2013 highlighted the high rates of alcohol consumption and its effects on the younger population and called for a number of evidence-based measures to reduce consumption, including the introduction of minimum unit pricing, restrictions on advertising and promotion of alcohol, alcohol labelling, structural separation of alcohol from other products in retail outlets, and the introduction of a levy on alcohol manufacturers in order to contribute to the healthcare costs of alcohol-related harm.

When the Public Health (Alcohol) Bill was published in early December 2015, the IMO welcomed many of the provisions contained within. This Bill represents the first article of legislation that is wholly centred on protecting the public’s health from the damaging effects of alcohol. In February of this year, the IMO made a submission to the Joint Oireachtas Committee on Health and Children on the General Scheme of the Public Health (Alcohol) Bill, and is pleased to note that many of the IMO’s recommendations, such as the setting of minimum unit pricing at a relatively high level, prominent health warnings on alcohol products, structural separation of alcohol products in retail outlets, and significant restrictions on the manner in which alcohol products can be marketed, are included therein.

The IMO is, nevertheless, disappointed to observe that a total ban on alcohol sponsorship of sporting events does not feature in this Bill, but will continue to lobby for a total ban for all promotion and marketing of alcohol. While the Bill is not yet enacted, the IMO will continue to push for the Bill’s passage through the Oireachtas and ensure its many provisions are not watered down.

Advocacy is an important role for the medical profession and must be protected. As the representative body for doctors in Ireland, the IMO remains committed to highlighting health and societal issues and offering evidence-based solutions that reflect international best practice.