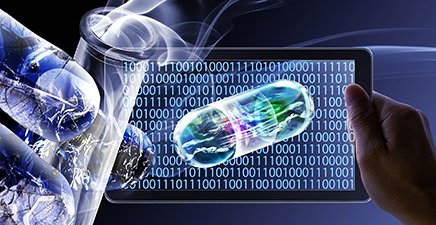 Have you noticed the increased frequency with which AI appears in your social media feeds and even journal content pages?

AI, as is often the case with new ideas, is now presented as THE future of medical practice. To which my response is a clear, ‘ah here now, steady on’ (with a hat tip to the late broadcaster, Marian Finucane).

What is the difference between human and artificial intelligence? Human intelligence is what doctors use when they undertake clinical reasoning, which has been defined as “the internal mental processes that a physician uses when approaching clinical situations”.

This central component of physicians’ competence is how we make diagnoses.  Artificial intelligence, on the other hand, refers to several different methods. Most AI diagnostics are based on machine learning algorithms that are “intelligent” enough to handle difficult and complex problems; however, algorithms rely on human intelligence for their creation. A lot of recent progress in the field has been made through the resurgence of neural networks – a family of methods of machine learning.

A recent paper in the Canadian Medical Association Journal (CMAJ) analysed differences in the ways humans and AI approach diagnostic reasoning, with the authors concluding (thankfully) that human reasoning will not become obsolete in medical diagnosis.

“A physician solves most clinical problems in an intuitive and deductive way, whereas AI problem-solving depends on access to and analytical and inductive processing of large quantities of data that relate to the case,” according to the paper.

The principles underlying learning are similar for human and artificial intelligences, but the respective approaches to diagnosis are markedly different, they conclude.

After generating diagnostic hypotheses early, doctors and med students spend most of their diagnostic time testing them by collecting more data. This approach is underpinned by cognitive processes that can be either intuitive or analytical. Intuition – sometimes referred to as “pattern recognition” – is a process that works automatically and subconsciously. It allows humans to generate diagnostic hypotheses early by taking a few pieces of information, associating them and comparing the result with patterns stored in long-term memory.

Machine learning, on the other hand, depends on the development of an algorithm that “learns” important features from a data set known as a “training set” to then make predictions about other unknown data. AI is limited to the specific information provided for a specific task. Furthermore, for every new task, AI systems must usually start from scratch.

The rate of diagnostic errors in medical practice is estimated at about 5-15 per cent, depending on the specialty. For AI to gain traction this will be a key metric. Some of the initial research, in targeted situations, is encouraging. For example, an AI algorithm trained on a data set of more than 100,000 images was better than specialist radiologists at detecting pneumonia using chest x-rays.

Some of the responses to the paper were lively: “AI is an emerging technology that is generating more fear and enthusiasm than is required. Just like historical revolutions, like the wheel, steam engine, printing press, computers, internet, it is just another tool in the great human journey… AI is a tool that will do what we will tell it to do. Teaching ethics to AI will be our biggest challenge,” was typical.

So, much to my relief, the paper’s conclusion is that the wholesale replacement of human intelligence by AI in diagnostic tasks is unlikely, apart from some highly targeted tasks; instead, AI should be considered as just another tool to help clinicians in their reasoning.

That AI is able to learn on its own and will replace physicians is a myth that we in the medical profession must challenge.