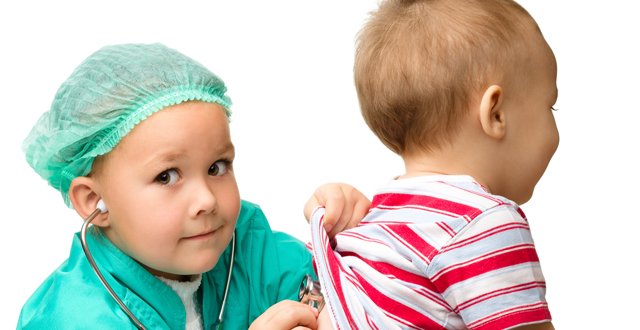 It’s 10pm on a Sunday night and all of my family and I are watching and laughing at Gogglebox on Channel 4. Except for my teenage son, who is upstairs in his bedroom. He is studying hard because he has decided that he wants to be a doctor. He’s started his vocation early — he’s only 14.

I reassure him that he is only in second year and there is still plenty of time. But he has already decided that to do well, certain sacrifices (eg, Gogglebox) need to be made to get him over the line.

It is not like those who choose medicine are the only ones studying hard, but I’m already beginning to notice in him something that I hadn’t noticed about my own life in medicine: how a life in medicine marks us out as different from early on and how it can shape and define us from then.

The competitiveness for places in university is high, which demands a degree of focus, obsessiveness and perfectionism early on in those intent on making it. Those sacrifices will serve my son well but will need to continue throughout university training and post-graduate life if he is going to succeed.

Medical students are celebrated in families and society in a way that novice priests might have been in the past — ‘he’s going to be a doctor, you know’

After a few years of being surrounded by other over-achievers, he will probably assume that this is the norm.

His medical school training and life as a junior doctor will shape him further.

Like a novice entering a seminary, he will quickly become accustomed to the costumes, props and rituals that define it. He will be exposed to sleepless nights, illness and death in a way that few of his non-medical friends are, but medical training will encourage in him a degree of objective remove from his patients to help him survive. But he won’t notice because most of his friends will also be doctors.

He will also discover early on  that society confers a special value on doctors and aspiring medics. Medical students are celebrated in families and society in a way that novice priests might have been in the past — ‘he’s going to be a doctor, you know’. It is well recognised that even the primitive tribal medicine man (who was also often a priest) was released from the obligation of procuring food for his tribe.

Society needs doctors to be different, and placing us on a pedestal is probably an expression of its need to bestow a kind of magic and infallibility on us. It is part of the way they acquire the necessary trust to surrender themselves to our care. Whereas it might help us get a table in our local restaurant (‘What time would you like to eat, doctor?’), that perceived specialness demands a price.

Doctors are seen by some of their flock, not as the flawed, vulnerable human beings that they are, but as separate, dehumanised, almost God-like versions of themselves. It makes certain people (especially those we have met professionally) behave awkwardly with us socially.

We become a bit like those lonely priests who are greeted exclusively by their title of ‘Father’ — as if they had no name or identity of their own.

Those who embrace their role too seriously (priests and doctors) have to give up part of themselves and will be set up for the inevitable and painful fall from grace when they (and their flock) realise that they’re not as God-like as they thought they were.

Gogglebox is nearly over and I’m tired and want to get to bed early — I have a busy clinic and a couple of important meetings tomorrow. But my wife reminds me that I still have important work to do tonight — tomorrow is bin day.

I call upstairs for my son.