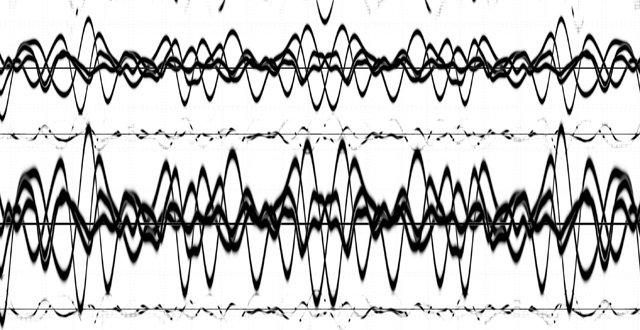 A new study has suggested that brainwaves have potentially important security applications and could be used in place of email and bank account passwords in the future.

Researchers at the Binghampton University in New York examined the brain signals of 45 volunteers as they read a list of 75 acronyms, such as ‘DVD’ and ‘FBI’.

By studying the area of the brain responsible for reading and recognising words, they found that each brain reacted differently to each acronym.

The level of accuracy was such that the computer was able to identify each volunteer individually with 94 per cent precision.

The authors suggest that the technology could be a powerful tool in verifying a person’s identity.

“Brainprints, on the other hand, are potentially cancellable. So in the unlikely event that attackers were actually able to steal a brainprint from an authorised user, the authorised user could then ‘reset’ their brainprint.”

However Dr Zhanpeng Jin, Assistant Professor at Binghampton’s Department of Electrical and Computer Engineering, feels that the technology may actually have much higher-level security applications than simply replacing bank, email and computer passwords.

“We tend to see applications of this system as being more along the lines of high-security physical locations, like the Pentagon or Air Force Labs, where there aren’t that many users who are authorised to enter, and those users don’t need to constantly be authorising, the way that a consumer might need to authorise into their phone or computer,” he is quoted in Science Daily.

The study, which was conducted using a system called ‘Brainprint’, was published recently in Neurocomputing.

Potentially vital new research has shown that heavy deposits of the toxic protein beta-amyloid are present in people who sleep poorly and this may be a strong indicator of Alzheimer’s disease in future years.

While most research into Alzheimer’s disease has been conducted in animals up to now, the team at the University of California, Berkeley, had the advantage of studying 26 older adults who had not been diagnosed with dementia or any other neurodegenerative, psychiatric or sleep disorders.

They focused on how the quantity of beta-amyloid — heavily implicated in the pathology of Alzheimer’s disease — in the brain’s medial frontal lobe inhibits deep, non-REM sleep.

They utilised PET scans to assess the accumulation of beta-amyloid in the brain and fMRI to examine brain activity during memory-based tasks. They then used an EEG to measure brainwaves during sleep and analysed all of the data using statistical models.

They found that the participants — who were aged between 65 and 81 years — with the highest levels of beta-amyloid had the poorest quality of sleep and performed significantly worse in memory tests the following day. Some of the participants forgot more than half the information they had taken in the previous day.

They concluded that a lack of the deep, restorative sleep needed for memory — and a lack of sleep in general — is a mechanism through which beta-amyloid may attack the brain’s long-term memory and trigger Alzheimer’s disease.

“Our findings reveal a new pathway through which Alzheimer’s disease may cause memory decline later in life,” he said. “This discovery offers hope. Sleep could be a novel therapeutic target for fighting back against memory impairment in older adults and even those with dementia.”

Co-author Prof William Jagust, a renowned Alzheimer’s specialist, added: “Over the past few years, the links between sleep, beta-amyloid, memory and Alzheimer’s disease have been growing stronger. Our study shows that this beta-amyloid deposition may lead to a vicious cycle in which sleep is further disturbed and memory impaired.”

The study was published in Nature Neuroscience.

There’s even an app for that

A gadget is in development which will offer dietary advice by counting the amount of times a person breaks wind and suggest any necessary changes in eating habits to alleviate flatulence.

The device, titled the CH4 — the chemical formula for methane — monitors flatulence and sends the details to an iPhone app, which then suggests foods that the user should avoid.

The makers, who are appealing for funding to further develop the device, said: “CH4 is a wearable device that you can put in your pocket or attach to your belt and it helps you reduce your gases,” according to various news sources.

“Gas in the digestive tract is mostly caused by the breakdown of certain foods in the large intestine by bacteria. An average person gasses 13 times a day in normal conditions.

“In the phone app, you can keep track of the type of foods you eat. You can be as specific as you like, for example you can put down ‘broccoli’ or just ‘salad’. The more specific you are, the more accurate the results.

“The app comes with a dashboard that combines gas tracking with food habits. As you use the app longer, foods are correlated with gas production and the app identifies foods that you should avoid.”

An Irish judge has declared that he would like to have the power to ban women from wearing high heels and would in fact be “serving womankind” with such a ruling.

Mr Justice Michael Hanna made the remarks during a case in which a woman broke her ankle outside Buck Whaley’s Piano Bar on Leeson St, Dublin, and claimed her injury was caused by a broken pavement outside the night club.

In its defence, Dublin City Council claimed the woman was intoxicated and at fault for the accident. The case was settled after discussions between the parties and Justice Hanna commented in court: “I think I might serve womankind if I could stop people wearing these shoes, but that is not my function,” The Irish Times reported.

Congratulating the parties on reaching an agreement, he added: “You have relieved me from having to make a major fashion statement.”