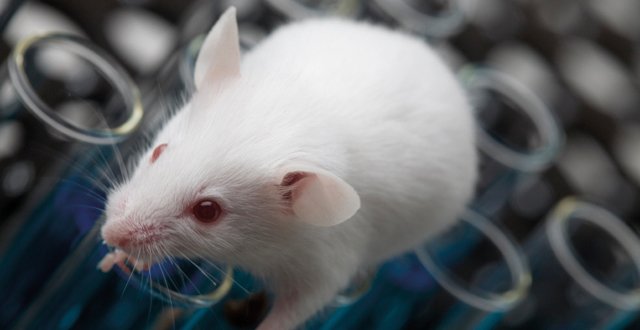 Altruism on the brain

Researchers at the University of Zurich, Switzerland, claim to have shown a definitive correlation between brain structure and altruistic behaviour.

Led by Mr Ernst Fehr, Director of the Department of Economics at the University, the team found that people who are more generous and altruistic than others have more gray matter at the junction between the parietal and temporal lobe.

They say this is the first time a definitive link has been found between brain activity, brain anatomy
and altruism.

To test their theory, the team enrolled a group of volunteers and tasked them with dividing an amount of money between themselves and an anonymous person. They found that some participants were almost always totally unwilling to share any of the money, while others were conspicuously generous.

The area where the temporal and parietal lobes meet has previously been associated with empathy, however the connection with altruism had not previously
been established.

Furthermore, the researchers found significant differences in brain activity when the less-generous participants were pondering whether or not to share the money — the brain area behind the ear was found to be already active, even when the personal cost of altruism is low.

However, in more altruistic people, this region only showed signs of activity when the personal cost to them was high.

The authors speculated whether their research could lead to the possibility of training to promote altruistic behaviour in individuals.

The research was published in the journal Neuron.

Vision for the future

Teams of researchers from the US and China have combined to develop a technique that has the potential to remove clouded lenses in patients with cataracts without the need to remove endogenous stem cells.

Conventional treatment for cataracts entails removing the dysfunctional lens and implanting an artificial replacement, removing epithelial stem cells in the process. However, lens calcification or dislocation can often result.

The new technique has already been used on 12 human infants with cataracts and was previously tested on primates and rabbits.

The technique, which the authors say is minimally invasive, allows the surgeon to remove the cataractous lenses while preserving the endogenous epithelial stem cells.

They found that compared to a control group of 25 children who underwent conventional treatment, the children who had the new technique performed on them had a lower incidence of post-surgery inflammation and clouding, up to eight months after the operation.

Co-author of the study Dr Kang Zhang said: “An ultimate goal of stem cell research is to turn on the regenerative potential of one’s own stem cells for tissue and organ repair and disease therapy.

“We believe that our new approach will result in a paradigm shift in cataract surgery and may offer patients a safer and better treatment option in the future.”

The study was published recently in Nature.

New research has shown that exposure to lead in early life development alters gut microbia and can result in obesity in later life.

The team from the University of Michigan School of Public Health, US, studied adult male mice who were exposed to lead during gestation and lactation and found that they were approximately 11 per cent more overweight than those who had not been exposed to lead. They concluded that this was due to early-life lead exposure altering gut microbia.

In the study, lead was added to the drinking water of female mice, both prior to breeding and while they were nursing their young. The offspring had no additional exposure.

Prof Dana Dolinoy, University of Michigan Associate Professor of Environmental Health Sciences and Nutrition Sciences, commented: “The lead levels in the mouse mothers were carefully designed to be within human population exposure levels. Our lowest dose is near the current US Centres for Disease Control and Prevention’s blood lead action level of 5 micrograms per decilitre, while the higher dose mirrors exposure levels during the 1960s and ’70s.

“Since we are investigating the effects of the developmental origins of disease, it is important to evaluate current and historically relevant lead levels.”

Dr Chuanwu Xi, lead author and Associate Professor  of Environmental Health Science at the University, added: “Early life exposure to lead causes a long-lasting impact on gut microbiome and the change of gut microbiome may partially contribute to the increased body weight in adult life.”

The results were reported in ScienceDaily.

People who have been clinically diagnosed with an anxiety disorder have fundamental differences in the way they perceive the world, according to research published recently in Current Biology.

The authors suggest that people with anxiety disorders also suffer with a phenomenon known as ‘over-generalisation’.

In the study, the authors ‘trained’ participants to associate three audio tones with money gain, money loss and ‘no consequence’. The participants were then presented with a tone and asked if they thought they had heard the tone before in the ‘training’ stage of the study. If they answered correctly, they were given a sum of money.

The results showed that people with anxiety were significantly more likely to mistakenly associate a tone they had not heard earlier with money loss or gain. The authors also ruled out differences in learning and hearing abilities before drawing their conclusions.

Author Dr Rony Paz of the Weizmann Institute of Science, Israel, said of the results: “We show that in patients with anxiety, emotional experience induces plasticity in brain circuits that lasts after the experience is over.

“Such plastic changes occur in primary circuits that later mediate the response to new stimuli, resulting in an inability to discriminate between the originally-experienced stimulus and a new similar stimulus. Therefore, anxiety patients respond emotionally to such new stimuli as well, resulting in anxiety, even in apparently irrelevant new situations. Importantly, they
cannot control this, as it is a perceptual inability
to discriminate.

“Anxiety traits can be completely normal, and even beneficial evolutionarily. Yet an emotional event, even minor sometimes, can induce brain changes that might lead to full-blown anxiety.”