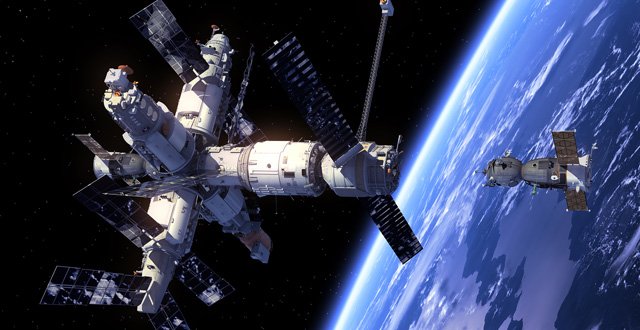 The smell of fear

A study by the City University in New York has found that curcumin, found in the root of the Indian spice turmeric, can prevent fearful emotions from being stored in the brain and can remove pre-existing fear memories.

The researchers hope this may lead to treatment developments for people with psychological disorders.

In trials on rats, the team played a noise that frightened the animals, causing them to freeze with terror. The rats were then divided into two groups, one of which was fed ordinary food, while the other was fed with a curcumin-rich diet. When the same noise was played some hours later, the rats on a normal diet again froze, while the curcumin-fed animals were relatively unaffected.

“We also showed that rats with a pre-existing fear memory can lose that memory when it is recalled while they are eating a curcumin-enriched diet.

“This suggests that people suffering from post-traumatic stress disorder and other psychological disorders that are characterised by fearful memories may benefit substantially from a curcumin-rich diet.”

A research team at the University of Missouri has found that people who are separated from their iPhones can suffer significant psychological anxiety. This led them to conclude that users should keep their iPhones with them while performing important work tasks.

Participants were not told of the nature of the experiment, but instead were told that the test was designed to assess the reliability of a new wireless blood pressure cuff. They were then given a word-search exercise.

However in the next part of the experiment, they were told that their iPhones were causing “Bluetooth interference” and had their iPhones taken away. When a second word-search task was administered, the participants reported levels of anxiety and significant increases in blood pressure and heart rate, as well as a major decrease in performance compared to when they had their iPhones with them.

“Additionally, the results from our study suggest that iPhones are capable of becoming an extension of ourselves, such that when separated, we experience a lessening of ‘self’ and a negative psychological state.”

Studies are currently being conducted on the International Space Station that may have major implications in the treatment of ageing symptoms and extended bed-rest, including osteoporosis and muscle atrophy, as well as helping to understand muscle wastage in astronauts after prolonged space flight. The tool being used is the humble caenorhadbitis elegans, a 1mm-long roundworm.

Similar to the fruit fly, caenorhadbitis elegans is widely used as a model for larger organisms.

The worms are being grown in microgravity and will be compared with those in normal gravity in a bid to understand the molecular changes that occur in such situations.

NASA Chief Scientist Dr Julie Robinson explained: “We investigate solutions on the station, not only to keep astronauts healthy as the agency considers longer space exploration missions, but also to help those on Earth who have limited activity as a result of ageing or illness.”

Dr Atsushi Higashitiani, Principal Investigator, added: “Our studies will help clarify how and why those changes in health take place in microgravity and determine if the adaptations to space are transmitted from one cell generation to another without changing the basic DNA of the organism.

“Then we can investigate if those effects could be treated with different medicines and therapies.”

New research at the Lurie Children’s Hospital in Chicago has found that listening to songs by pop stars Rihanna and Taylor Swift can significantly reduce pain in children after major surgery.

Based on the observation that a strategy to control post-surgical pain without medication is important because opioid analgesics can cause breathing difficulties, the children — aged from nine to 14 years — were given a choice that included classical music, pop, rock or country.

After 30 minutes of listening to the pop stars, the children reported a significant drop in pain levels.

A man who spent more than one year in a coma regained consciousness after nurses in Shenzen, China, wafted bank notes under his nose in an effort to rekindle fond memories and stimulate his senses.

The family of Xiao Li, 30, reported that he had a particular fondness for money and decided as a last resort to see if the bank notes would rouse him from the coma. Li awoke almost immediately and even made an attempt to grab the notes, which were worth the equivalent of around €13.

Dr Liu Tang said: “We asked his family what really drove him and they were very clear that it was money… we experimented with notes and change.

“We found that a crisp, 100 Yuan note crumpled under his nose worked best.

“It was extraordinary — I’ve never seen any-thing like it in 20 years as a doctor. Memories of smell and sound can be very powerful stimulants,” added Dr Tang.

A five-year-old UK child was recently presented with a bill for £15.95 (€20) and his parents were threatened with legal action because he missed his friend’s birthday party.

Alex Nash had an invoice slipped into his schoolbag, with the birthday boy’s mother, Julie Lawrence, claiming she was left out of pocket by the no-show, saying: “All the [contact] details were on the party invite. They had every detail needed to contact me.”

Alex’s parents, Derek Nash and Tanya Walsh, had accepted the invite but then say they discarded the piece of paper. It subsequently dawned on them that the party clashed with a pre-arranged trip to see Alex’s grandparents.

At time of going to press, the birthday boy refuses to play with Alex and Ms Lawrence has threatened his family with action in Cornwall’s small claims court.