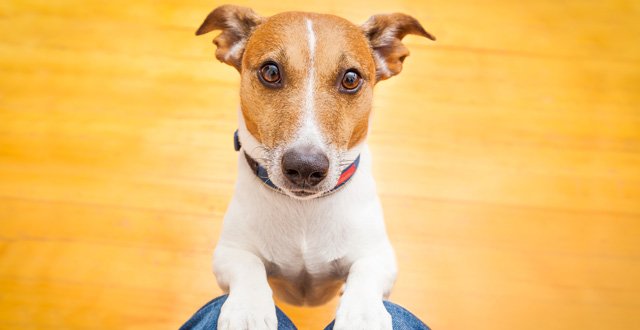 Researchers at the University of Southern California have conducted a study which seems to show that eating fruit actually makes a person crave high-calorie foods.

In the research, 24 people were given fructose and glucose, respectively, while viewing images of high-calorie foods. They were then asked to rate their desire for food and level of hunger.

The images shown to both sets of participants included pizza, cookies, candies and burgers.

The researchers also found that insulin levels were significantly lower among participants after they had consumed fructose and MRI scans revealed that when shown the high-calorie foods, there was more activity in the region of the brain responsible for reward-processing after fructose had been consumed, compared to glucose.

The participants were also asked to choose between two ‘rewards’ — a high-calorie type of food immediately, or money several weeks later. Those who had consumed the fructose were more likely to choose the option of immediate food.

“Ingestion of fructose relative to glucose results in greater activation of brain regions involved in attention and reward processing and may promote feeding behaviour,” said author Dr Kathleen A Page. “Fructose fails to stimulate hormones like insulin, which provides satiety signals to the brain.”

While fructose and glucose have the same calorific value, because they are processed differently in the body, there may be a link with use of sweeteners, the authors suggested.

“People were willing to forego monetary rewards that were delayed by a month, more after they consumed fructose compared to glucose, so that they could get immediate food rewards after the study,” said Dr Page.

“Obesity is a major public health problem and increases in the consumption of fructose may be an important contributor to the current obesity epidemic.”

The research was published in the Proceedings of the National Academy of Sciences.

When a dog looks into its owner’s eyes, the same hormonal response that bonds mothers to their infants is ignited, effectively allowing dogs to ‘hijack’ this instinctive response, new research has revealed.

The team, at Azabu University in Japan, said that their results show the first evidence of a hormonal bond between different species.

Researcher Takefumi Kikusui and colleagues collected urine from dogs and their owners both before and after 30 minutes of owner-dog interaction. They found that the dogs and owners who spent the most time looking into each other’s eyes had a spike in oxytocin levels — the dogs had a 130 per cent rise, while increases of 300 per cent were found in the owners.

Dogs who spent little or no time staring into their owners’ eyes had no oxytocin increase and conversely, dogs who were administered oxytocin via a nasal spray spent more time gazing at their owners.

Not content with filling the earth with clutter, humanity is making increasing efforts to fill space with debris and artefacts.

A new company, Sent into Space, is offering a low-cost service for individuals and organisations to send objects into space. However Sent into Space does retrieve the objects and bring them back to earth using weather balloons and a tracker so owners can retrieve their belongings. The service may provide schools and researchers with interesting insights into the near-space environment.

However for almost six decades, space missions have been sending strange objects into space, some of which will never return and are destined to wander deep space for all time. Some of the most unusual items include Lego mini-figures of Galileo and Roman deities Juno and Jupiter and Luke Skywalker’s lightsabre, which went with the 2007 Discovery shuttle mission.

Like the lightsabre, some other objects also return to earth, such as a sample of salmonella (which was found to be even more virulent in space).

Other items will never return, such as the ashes of Gene Roddenberry, who created Star Trek — he was shot into space in 1997. Likewise actor James Doohan, who played Scotty in the original series, had his ashes sent into space.

Other messages from humanity included Johnny B Goode by Chuck Berry; a Buzz Lightyear figure from the Toy Story movies; a sound recording of rain; a piece of the airplane the Wright brothers flew in 1903; a number of dead space monkeys; a saxophone; sea urchin sperm; an x-ray of a human hand; a sound recording of a heartbeat; a colour diagram of DNA structure; and a tandoori lamb chop.

But some advertisers are getting in on the act too — a Doritos commercial was beamed 42 light years away to a star system called 47 Ursae Majoris and in 2000 Pizza Hut spent nearly €1 million to be the first company to deliver off-world pizza to Russian cosmonaut Yuri Usachov.

A group of 20 men recently took part in an experiment to help males understand the pain women go through while giving birth. The experiment was done to celebrate Mother’s Day in China and saw the soon-to-be fathers have electric pads placed on their abdomens, which were activated intermittently to simulate contractions.

However, unlike childbirth, the men’s experience with the pain lasted only for several minutes.