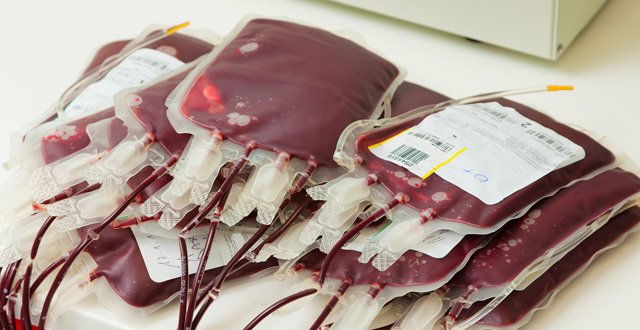 In an effort to better understand antibiotic-resistant bacteria, medical researchers in the UK are recruiting 150 surfers because of the amount of time they spend in germ-filled waters.

The team, based in the University of Exeter Medical School, will take swabs from the surfers’ rectums and are looking for surfers and body-boarders who take to the water at least three times a month.

Researcher on the ‘Beach Bum’ project Dr Anne Leonard commented: “We know that surfers regularly swallow lots more sea water than other beach users — around 170ml per session, which is more than 10 times that of sea swimmers.

“We have already shown that this water may contain antibiotic-resistant bacteria but we have no idea how this might affect the microbes that live in our guts or how it could impact upon health.”

Head of the Surfers Against Sewage organisation Andy Cummins sees both the lighter side of the initiative and the potentially serious applications. “We’ve been laughing about ‘swab parties’ going on around the country, but this is set against the background of a really important project,” he said.

“Whilst water quality has improved dramatically in the past 20 years, coastal waters can still be contaminated by sewage from both animals and humans, introducing billions of potentially harmful bacteria into the ocean environment.

“We will give this data to the scientists to find out if there is an elevated risk of being exposed to antibiotic-resistant microbes for water-users. This can give us a more informed approach.”

The UK government has called on the pharmaceutical industry to create a €1.78 billion fund to research antibiotics and in the US President Barack Obama recently launched a five-year plan to reduce the use of antibiotics to treat humans and animals.

It’s in the mail

The Pentagon has reassured the US public that there is no risk after it admitted that live anthrax samples were inadvertently shipped to 51 different laboratories in 17 different states, the district of Colombia and three overseas countries.

The anthrax should have been destroyed with gamma rays before being sent to commercial labs and government facilities, where it would be used to calibrate biohazard sensors, develop vaccines and test protective clothing. Each vial contained approximately one-fifth of a teaspoon of anthrax.

A Pentagon spokesperson said the anthrax, which was shipped by FedEx, was tightly sealed and did not pose any threat.

Australian James Harrison has been publicly recognised for his extraordinary dedication to donating blood plasma and has been credited with saving the lives of approximately two million babies.

Known as ‘The Man with the Golden Arm’, the 78-year-old’s blood contains a rare antibody — which can be traced back to transfusions he himself received decades ago.

Up until 1967 in Australia, thousands of babies died each year because of rhesus disease. With this condition, antibodies in a pregnant woman’s blood destroy the blood cells in the baby, although at the time, doctors were unaware of the nature of the condition.

When it became known how special his blood was, Harrison helped doctors to invent the Anti-D injection, which prevents antibody formation in rhesus-negative women with a rhesus-positive baby.

“In 1951, I had a chest operation, where they removed a lung… when I came out of the operation, or a couple of days after, my father was explaining what had happened,” Harrison told media.

“He said I had [been given] 13 units of blood and my life had been saved by unknown people. He was a donor himself so I said ‘when I’m old enough, I’ll become a blood donor’.”

He began donating blood at the age of 18 and still attends the clinic weekly to give blood plasma. His arm has been insured for AUS$1 million.

Jemma Falkenmire of the Australian Red Cross Blood Service added: “Every bag of blood is precious but James’s blood is particularly extraordinary. Every batch of Anti-D that has ever been made in Australia has come from James’s blood and more than 17 per cent of women in Australia are at risk, so he has helped to save a lot of lives.”

Rise of the machines

While vending machines in hospital premises have been a vexatious issue in recent years, these machines have taken on added significance internationally, sometimes in bizarre contexts.

Some of these have health-related applications. In Taiwan, during the bird flu outbreak, machines that dispensed medical face-masks did a roaring trade and there are machines in the US which dish-out acne treatment creams.

In Puerto Rico, when customers buy candy or chocolate bars, they are automatically given a free tube of toothpaste with the LED screen message: ‘Don’t forget to brush!’

In Vancouver’s Eastside neighbourhood, vendors think outside the box and drug users can avail of a crack pipe for 25 cents. These are designed to replace old-style crack pipes, which can shatter and cut the user.

Meanwhile in Shippenburg University, Pennsylvania, a vending machine dispenses the morning-after pill, following a study which showed that 85 per cent of students were in favour of it.

In California — where else? — those with a licence for the use of medical marijuana can have it dispensed following a fingerprint scan for $20, while in Turkey, an initiative to promote recycling means that if a pet-owning user deposits a plastic bottle into a specially-designed vending machine, water and dog food are dispensed into a trough free of charge.

However, some other vending machines around the world are a little more unusual still. In the Emirates Hotel in Abu Dhabi, guests can purchase gold bullion straight from a vending machine, while a ‘salad in a jar’ can be had from machines in Chicago.

An enormous vending machine in Hangzou, China, dispenses electric cars with a top speed of 50mph for $3 an hour in a bid to reduce pollution.

Finally, also in China, the main subway station in Nanjine is the first of its kind to dispense live, hairy crabs and sells an average of 200 of the creatures each day.