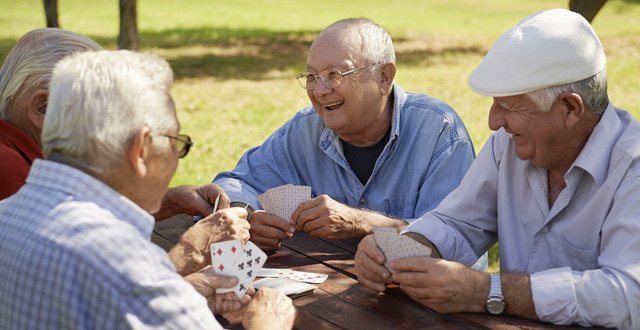 In a similar vein

A UK woman has been refused her request to have both legs amputated because of her fear of developing varicose veins.

Claire Jones, a 39-year-old bank cashier, begged her GP to refer her for the procedure because she said she suffered with venephobia, the irrational fear of varicose veins. “It’s impossible to live hiding from your own legs and in the end, I just thought I could be a better parent without them triggering anxiety all the time,” said the mother of three, who had a panic attack and burst into tears whenever she saw bare legs.

Ms Jones also regularly crossed the street to avoid old ladies, in the fear that they might have varicose veins.

While her GP did not agree with the amputation, he did arrange surgery to correct the veins and Ms Jones — who went public in an effort to encourage people with phobias to seek help — is now receiving therapy.

A breakthrough in brain-machine interface (BMI) may have significant implications for paralysed patients in the future, according to a study published recently in the Journal of Neural Engineering.

Doctors at the University of Pittsburgh School of Medicine have enabled 55-year-old quadriplegic woman Jan Scheurermann to exert unprecedented control over an advanced robotic arm in the most complex movements yet achieved through BMI technology.

Ms Scheurermann was paralysed from the neck down in 2003 and in 2012, scientists at the University implanted two electrodes with dozens of contact points into her brain.

Initial trials allowed her to form a simple grip on objects and flex her wrist but the results of new trials, published last month, revealed stunning successes in the BMI experiment.

Ms Scheurermann controlled the robotic arm in three dimensions and was able to pick up a rock, a ball, small boxes and tubes of various shapes and sizes.

She said: “This has been a fantastic, thrilling, wild ride and I am so glad I’ve done this. This study has enriched my life, given me new friends and co-workers, helped me to contribute to research and taken my breath away.”

Lead researcher Jennifer Collinger added: “Our project has shown that we can interpret signals from neurons with a simple computer algorithm to generate sophisticated, fluid movements that allow the user to interact with the environment.”

A study of 124 women between the ages of 18 and 47 years has suggested that women wearing red or pink are three times more likely to be at peak fertility compared to those who wear other colours.

The study, by researchers at the University of British Columbia, was based on the observation that females in many closely-related species indicate their ‘fertile window’ in an observable manner. It was also noted that in previous studies, men rated pictures of women as more attractive when the image is surrounded by a red border.

“We tested whether women show a behavioural tendency towards wearing reddish clothing when at peak fertility,” the authors wrote in the study, which was published in the Journal of Psychological Science.

Stressing the need for more research on the subject, the authors concluded: “The present results are the first to indicate that female ovulation, long assumed to be hidden, is in fact associated with a distinct, objectively-observable behavioural display.”

A medical marijuana dispensary in San Pedro, US, was reprimanded over the festive period for its Christmas window display — a jolly-looking Santa smoking a large marijuana joint.

The Harbour House drew angry complaints from residents, who pointed out that the dispensary is situated one block away from a junior high school (no pun intended).

The artist was called urgently and within four hours, the paintings had been scraped off the window.

The display also featured a snowman holding a bottle of pills.

Memories are made of bliss

Laughter may be a key factor in preventing age-related memory loss, according to a study by Loma Linda University in California, US. The authors found that laughter can reduce neurological damage caused by cortisol and improve memory.

They pointed to previous studies, which showed that excessive stress can worsen allergies and increase susceptibility to mental illness and analysed two groups of elderly people — one of which were diabetes patients, while the other group was healthy.

Both groups were shown a humourous 20-minute video before being asked to complete a memory test which comprised memory recall, learning ability and visual recognition.

A third group was then asked to complete the test without having seen the video and cortisol levels were subsequently measured in all participants from all groups.

A significant reduction in cortisol levels was recorded in both groups who had watched the video, while those who watched it also showed major improvement in sight recognition, learning ability and memory recall.

The greatest improvements were recorded in the group of diabetic participants.

“The act of laughter — or simply enjoying some humour — increases the release of endorphins and dopamine in the brain, which provide a sense of pleasure and reward.”

He concluded: “Laughter is turning out not only to be a good medicine, but also a memory enhancer, adding to our quality of life.”

Technology can be difficult to get to grips with for anybody, but particularly for the elderly.

After Jeremy Hernandez complained to his grandfather that his Mac computer was ‘frozen’, he left the room. He returned to find his well-meaning grandfather trying to ‘warm-up’ the computer — using a hair-dryer.