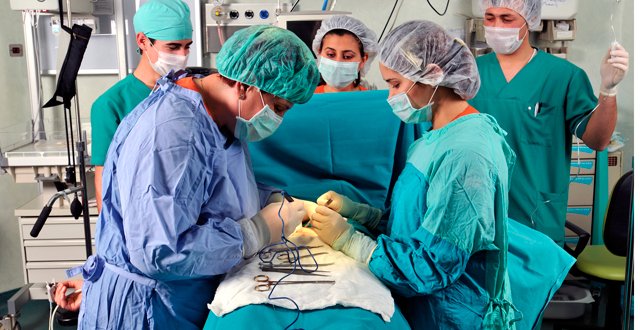 A new report from officials in Camden Council, UK, has suggested that overuse of smartphones is so detrimental to health that they should come with a government health warning.

Among the claims are that mobile phones are causing an epidemic of stress-related illnesses — because people are more in contact now than ever before, many people feel that they are never ‘off-duty’ because they are always contactable.

The authors point out that in the district where the study was conducted, 20 per cent of absence due to illness could be traced to stress or depression. This compared to 8 per cent nationwide in the UK and the authors say increased use of mobile phones is partly responsible for the high rate.

They reference a study by Northwestern University in the US, which showed that people with depression use their smartphones three times as much as people without depression. Whether increased smartphone use is a cause or effect of the depression is not explored.

The authors say that previous studies have shown British people check their mobile phones an average of 85 times each day.

There could also be an impact on sleep patterns, with the blue  light from a phone interfering with an individual’s ability to achieve REM sleep, according to a poll by Quallcomm.

London’s Future Work Centre also surveyed 2,000 people and discovered that the two most stressful phone-related habits are leaving email on all day and checking mails either early in the morning or late
at night.

Facebook has previously been implicated with issues related to self-esteem and a study by researchers at California State University, US, estimated that some 11 per cent of Western citizens have some form of ‘technology addiction’, with brain scans indicating similar activity was present in the amygdala-striatal system when Facebook images are viewed as when cocaine is used.

Data from the UK’s National Hydration Council has shown that a study involving 300 GPs indicates that fatigue and general tiredness account for 21 per cent of all GP visits.

In more than one-in-10 consultations attributed to tiredness, the GPs who responded believed dehydration to be the main culprit. Of these, almost half of the patients were surprised that their lack of wellbeing was linked to inadequate hydration. Some 35 per cent of these patients reported a significant improvement after they had drank sufficient amounts of water.

A total of 53 per cent of the GPs surveyed said they wished they had more time to discuss patients’ hydration habits with them.

GP Dr Roger Henderson, who is also advisor to the National Hydration Council, commented: “I see many people in my surgery who are feeling tired all the time. There are, of course, several reasons that could be causing this, but a surprisingly common cause is that they are dehydrated. Many of my patients do not drink enough fluid each day and only believe they are dehydrated when they start to feel thirsty. Yet other symptoms of dehydration appear before this, including fatigue and tiredness, headaches and
poor concentration.

“When people start to ensure they are staying fully hydrated, they are often surprised at how much better they feel, both physically and mentally. It is therefore vital that drinking enough water becomes part of our daily routine.

He concluded: “What this study shows is that as well as contributing hugely to the nation feeling tired all the time, dehydration and its effects are adding to the numbers of people trying to get a GP appointment at a time when the NHS is under immense pressure.”

A recent case report has highlighted an instance of a woman who underwent cosmetic surgery and developed ‘temporary kleptomania’ for several weeks after the procedure.

The 40-year-old woman — who had a ‘tummy-tuck’, breast augmentation, an arm-lift and liposuction — had “recurring, intrusive thoughts and an irresistible compulsion towards stealing,” according to the authors, whose findings were published in BMJ Case Reports.

Dr Fabio Nascimento, author and Neurologist at the Toronto Western Hospital, Canada, speculated that her symptoms may have been as a result of inadequate supply of blood to the brain, either during or immediately after the procedure.

After the operation, the woman reported apathy, disorientation, memory lapses and drowsiness. Her doctors became suspicious and ordered an MRI, which revealed decreased blood flow to certain brain areas and damage to the caudate nucleus due to a lack of oxygen.

Dr Nascimento said the woman exhibited “fairly typical symptoms of kleptomania”, for example “an urge to steal, followed by a sense of relief after doing so”.

When she was discharged from hospital, the woman stole goods from a shop, despite having enough money to pay for them. She was quickly arrested and was only released after her temporary psychiatric condition was explained to police officers by her doctor, according to LiveScience.