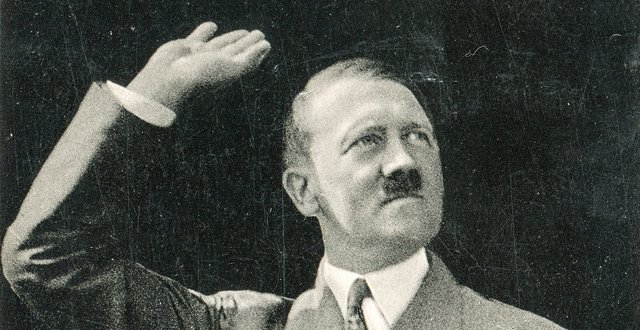 Something in the air

A new study has suggested that people who live in urban areas have less exposure to potentially beneficial microbiomes than their rural counterparts. It was also found that city dwellers had higher levels of human microbiomes, resulting in increases in bacteria that can potentially cause the spread of infectious diseases.

The study, which was conducted in South America, builds on previous research, which has suggested that low exposure to environmental bacteria is connected with an increase in the numbers of allergy-related conditions, such as asthma.

This latest study looked at jungle inhabitants, a rural community, a mid-size town and a larger city and the researchers found that they could determine which type of living space a bacterial sample had come from just by analysing its microbes.

Meanwhile, as also reported in Science Advances, a  separate study found that astronauts aboard the International Space Station (ISS) are in danger of having their health compromised by microbiomes aboard the vessel.

It was found that micro-organisms from human skin are rife throughout the ISS. Payloads delivered to the station are passed through ‘clean rooms’ outfitted with high-powered air filtration systems and are then scrubbed with disinfectants.

However, the researchers say the real threat is caused by the fact that six humans live in close quarters for up to six months each time and the danger is caused by an abundance of skin cells that they shed during this period.

The team sequenced genetic material taken from dust in equipment which had returned to Earth — two used vacuum cleaner bags and an air filter that had been used for 40 months.

Microbiologist Dr Kasthuri Venkateswaran of NASA’s Jet Propulsion Laboratory, which conducted the research, said opportunistic bacteria such as Corynebacterium and Propionibacterium were found in “problematic” levels.

“We need to know what we’re breathing in a closed environment,” he said. “If NASA is going beyond the moon to Mars, you need an automated biosensor. I’m giving a background model and showing them these are the common things you can find, and a subset of them are ones where you have to be careful.”

According to a newly-released study, people who remain sexually active after the age of 50 years have better cognitive skills and improved memory than those who have sex less regularly, with men benefitting more than women.

It was suggested that this may be because of hormonal differences that could influence brain functioning.

The study looked at data collected from over 6,800 men and women aged 50-to-89 in England who took part in a long-term study on ageing and covered the previous 12 months of the participants’ lives.

They underwent two cognitive tests and sexually active men and women scored higher than sexually inactive counterparts on word-recall and number-sequencing tests, regardless of variables such as age, education, financial status, health, physical activity and loneliness.

The results were published recently in the journal Age and Ageing.

Birds of a feather?

A Swedish study has postulated that people with psychiatric disorders such as depression and schizophrenia often marry and have children with others who suffer with a psychiatric condition. However, the exact reason for this is not clear, the researchers sad.

The team at the Karolinska Institutet examined health data for 700,000 people admitted to Swedish hospitals between 1973 and 2009 and included not only people with schizophrenia (70,000), but also those with 10 other types of psychiatric disorder, as well as patients with physical illnesses such as multiple sclerosis, diabetes and Crohn’s disease.

The authors suggested that part of their compatibility may lie in the fact that they may have difficulty establishing social relationships with people who do not have such conditions, while those without a psychiatric disorder are reluctant to marry those who do.

The results were published last month in JAMA Psychiatry.

While it was known the Führer had an undescended testicle, the book also reveals that he also had to cope with penile hypospadias, meaning the opening to his urethra was either at the base of his penis or was located somewhere along the shaft, rather than at the tip.

This led to a condition known as ‘micropenis’ and most probably resulted in Hitler experiencing difficulty when using the bathroom.

Dr Andrew Kramer, Associate Professor of Urology at the University of Maryland School of Medicine, US, told LiveScience: “Normally, while a male foetus is developing in utero, the cells that form the urethra migrate from within the abdomen toward what will eventually become the penis.

“Testosterone drives the migration. If there is not enough testosterone during development, the urethra’s ending point might not migrate all of the way to the tip of the penis. Instead, it might develop partway up the shaft, or at the base of the penis. A man with this condition might have to urinate sitting down.”

Dr Kramer posited that an informed observer would have a good chance of knowing Hitler has low testosterone due to the fact he seldom had romantic relationships, was diminutive and had very little facial hair, with the exception of his small moustache.

It has also been recorded that among the concoction of injections Hitler received from his physician Theodor Morell was a compound that included bull semen.

Scientists say they may have identified the area of the brain responsible for ‘mystical’ experiences and people feeling that they are ‘connected’ to a higher power.

The team, led by Cognitive Neuroscientist and Director of Brain Injury Research at the Rehabilitation Institute of Chicago, US, Dr Jordan Grafman, looked at 116 Vietnam  War veterans with brain damage who said they had mystical experiences.

They noted that trauma to the frontal and temporal lobes was implicated in mystical experiences and specifically, damage to the dorsolateral prefrontal cortex was particularly significant. This area of the brain is associated with inhibition control.

This is the first such research to correlate data on participants’ intellectual function both before and after they had engaged in combat with CT scans and the established ‘Mysticism scale’. They concluded that when the brain’s inhibitory functions are suppressed, and people have an experience they cannot explain, the brain ‘explains away’ the event as supernatural.

“The frontal lobes are the most evolved areas of the human brain and help control and make sense of the perceptual input we get from the world. When the frontal lobes’ inhibitory functions are suppressed, a door of perception can open, increasing the chances of mystical experiences,” said Dr Grafman.

“The more we understand the brain, the more we can make fundamental advances and translate findings into clinical settings.”

The findings were published recently in Neuropsychologia.