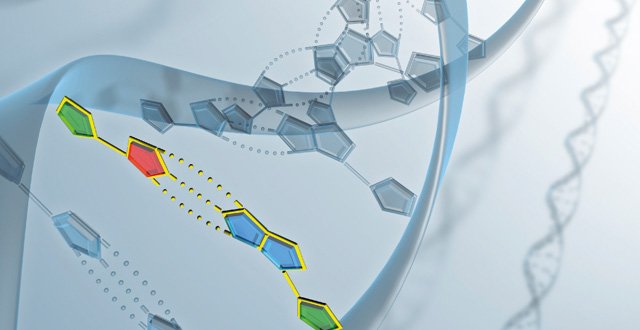 Secrets from the grave

A single ancestor has been discovered to be responsible for multiple tuberculosis (TB) strains that spread through 18th Century Europe.

Workers restoring a Dominican church in Vac, Hungary, accidentally discovered the remains of more than 200 corpses that had become naturally mummified because of a microclimate of exceptionally dry air, which even prevented their garments from rotting.

The mummification process was aided by wood chips in the bottom of the coffins, which absorbed bodily fluids, and pine resin in the coffins acted as an antimicrobial agent.

Epidemiologists were able to get valuable clues because names and details of the deceased people — who died between 1731 and 1838 — were available from public records. The researchers took samples from 26 of the bodies and looked for markers of TB infection and eight of the cadavers provided a sample good enough for genetic sequencing for mycobacterium tuberculosis.

They then built a ‘family tree’ and results supported the theory that TB first emerged around 6,000 years ago.

Study lead Dr Mark Pallen of the University of Warwick Medical School commented: “Microbiological analysis of samples from contemporary TB patients usually report a single strain of tuberculosis per patient. By contrast, five of the eight bodies in our studies yielded more than one type of tuberculosis — remarkably, from one individual, we obtained evidence of three distinct strains. It confirmed the genotypic continuity of an infection that has ravaged the heart of Europe since prehistoric times.”

All the samples had the genetic signature of the deadly TB strain Lineage 4, which is responsible for more than one million cases of TB in Europe and the Americas each year.

A single, uniquely-human gene may be responsible for the rise of human intelligence by dramatically increasing the amount of brain cells in the neocortex, researchers have found.

The tiny sample of DNA may have paved the way for exponential expansion of the human brain soon after the split from chimpanzees; while it is found in modern-day humans, Neanderthals and Denisovans, it is nor present in chimpanzees.

“The neocortex is so interesting because that’s the seat of cognitive abilities, which, in a way, make us human — like language and logical thinking,” said Dr Marta Florio of the Max Planck Institute of Molecular Cell Biology and Genetics in Dresden, Germany.

“It is so cool that one tiny gene alone may suffice to affect the phenotype of the stem cells, which contributed the most to the expansion of the neocortex,” she told Live Science.

Studies by MIT and Massachusetts General Hospital suggest that different aspects of intelligence in humans peak at different ages, with some peaking as late as 40 or 50 years old. The research adds a new dimension to the understanding that ‘fluid intelligence’ — the ability to think quickly and recall information — peaks around the age of 20 and then declines slowly and the researchers say the true picture is far more complex.

The study was published in Psychological Science and the team analysed some 30 different subsets of intelligence, such as visual search, puzzles and digit memorisation.

“We were mapping when these cognitive abilities were peaking and we saw there was no single peak for all abilities,” according to Dr Joshua Hartshorne of MIT. “The peaks were all over the place. This was the ‘smoking gun’.”

Speed in processing information peaks at around age 18 or 19, the researchers said, while short-term memory continues to improve until approximately age 25, then levels-off, and begins to decline around 35 years old.

However ability to evaluate other people’s emotional states does not peak until the 40s or 50s.

“It paints a different picture of the way we change over the life span than psychology and neuroscience have traditionally painted.”