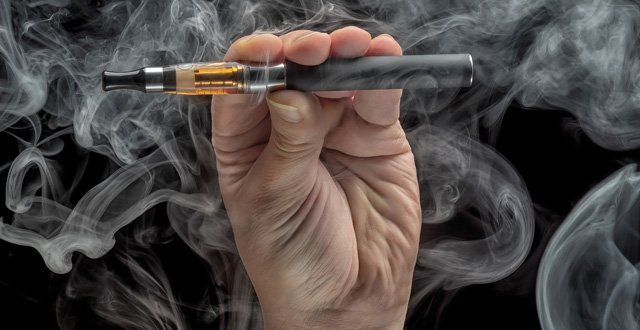 There is a large body of evidence to suggest that a poor developmental environment in children can lead to worse school performance but two separate studies have now shown that the cortex of children from lower-income backgrounds is actually smaller than those raised in high-income homes.

Neuroscientists at Columbia University used MRI scans on more than 100 children and discovered that in families that earned less than $25,000 (€22,700) per year, the surface area of the cortex was 6 per cent smaller than those whose families earned more than $150,000 (€136,400) per year.

In a separate study, MIT neuroscientists reached a similar conclusion in research involving 58 students, divided into those from lower- and higher-income families.

They found differences in cortical thickness in the students and suggested that this may explain as much as 44 per cent of the income gap among the students.

Dr Elizabeth Sowell of the Los Angeles Children’s Hospital told the Washington Post: “We’ve known for so long that poverty and lack of access to resources to enrich the developmental environment are related to poor school performance, but now we can really tie it in to a physical thing in the brain. We realised that this is a big deal.”

The good news is that there is no evidence to suggest that the differences the researchers found are permanent. Prof John Gabrieli of MIT commented: “To me, it’s a call to action. You want to boost the opportunities for those for whom it doesn’t come easily in their environment.

The debate over e-cigarettes continues and new research from California suggests that ‘vapers’, as e-cigarette users are known, are actually less likely to stop smoking than conventional quitters. Further, California’s top health official has stated that e-cigarettes present a “serious risk of cancer”.

The University of California has released a study which found that among 1,000 smokers they followed for one year, those who used e-cigarettes were 59 per cent less likely to stop smoking when using the devices and 49 per cent were less likely to even cut down.

Dr Wael Al-Delaimy, who led the study, said: “Based on the idea that smokers use e-cigarettes to quit smoking, we hypothesised that smokers who used these products would be more successful in quitting.

“But our research revealed the contrary,” he continued. “We need further studies to answer why they cannot quit. One hypothesis is that smokers are receiving an increase in nicotine dose by using e-cigarettes.”

Meanwhile, California’s head of public health Dr Ron Chapman has said the devices “pose a community health threat” and are a retrograde step in the fight against tobacco control.

“There is a lot of misinformation about e-cigarettes. That is why, as the state’s health officer, I am advising Californians to avoid the use of e-cigarettes and keep them away from children of all ages.”

A recent US Supreme Court ruling has declared that two chimpanzees at a research lab in New York University are being “unlawfully detained”, effectively recognising the chimps as legal humans. It is the first time such animals have been recognised as being covered by a writ of habeas corpus and the decision could set a precedent for similar cases in future.

The chimps, Hercules and Leo, were being held at Stony Brook University in New York. In 2013, the Non-human Rights Project group submitted a lawsuit which included affidavits from medical scientists, stating that chimpanzees possess awareness of the past, complex emotional characteristics and the ability to make choices for themselves. The group was unsuccessful but continued to appeal the decision.

Now Supreme Court Justice Barbara Jaffe has granted the appeal, allowing the group to challenge the legality of the chimps’ detention. “We are claiming that chimpanzees are autonomous,” said the group’s founder, lawyer Steven Wise. “That is, being able to self-determine, be self-aware and be able to choose how to live their own lives.”

Executive Director of the Non-human Rights Project Natalie Prosin added: “This is a big step forward to getting what we are ultimately seeking — the right to bodily liberty for chimpanzees and other cognitively complex animals.

“We got our foot in the door and no matter what happens, that door can never be completely shut again.”

A University of Barcelona researcher has postulated that rather than being small, waif-like beings with big eyes, if aliens do exist they are likely to be enormous creatures who could weigh anything up to 300kg.

Cosmologist Fergus Simpson has published a paper using mathematical equations to make his point and he told The Huffington Post: “Ants easily outnumber us because they are small. Our larger bodies require a much greater energy supply from the local resources, so it would be impossible for us to match the ant population. Now, apply this concept to intelligent life across the universe.

“On average, we should expect physically larger species to have fewer individuals than the smaller species. And, just like with countries, we should expect to be in one of the bigger populations. In other words, we are much more likely to find ourselves to be the ants among intelligent species.”