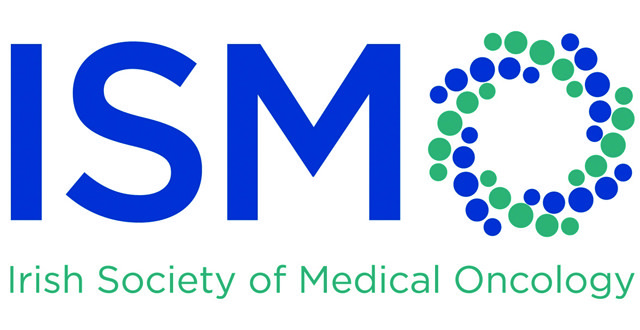 The keynote address was deliv­ered by Dr Dean Bajorin, Medical Oncologist in Memorial Sloan Ket­tering Cancer Centre (MSKCC), New York, US, whose expertise is in the treatment of genitourinary tumours — particularly bladder and testicular cancers.

Dr Bajorin has received a num­ber of honours and awards for his work, including, in 2011, the Statesman Award from the Amer­ican Society of Clinical Oncology (ASCO), which recognises certain members for more than 20 years of extraordinary volunteer ser­vice, dedication and commitment. He is also a Professor of Medicine at Weill Cornell Medical College.

Much of Dr Bajorin’s research is focused on new drugs and new drug combinations for people who have developed advanced bladder can­cer and other genitourinary malig­nancies. His research on testicular cancer has been directed toward de­creasing the side-effects of chemo­therapy drugs and evaluating bio­logical characteristics of tumours to predict treatment response.

“There was activity across the board,” Dr Bajorin told the meeting.

“They did it by PDL1 expres­sion, there are a number of assays with PDL1 expression… For this disease, none of them are worthy of a biomarker in terms of clinical decision-making… So if you take a look at the response rate of 68 per cent, in this database it is better in terms of patients who are high expressors, but the most impor­tant thing is the CR [complete re­sponse] rate. If you look at the CR rate across the board, it still exists, so even if you have no cells that are positive, you can have CR with these patients whose disease has progressed despite chemothera­py. That is really important — that is a seminal finding in this area.”

So although the median surviv­al is only eight months, Dr Bajor­in said the durable CR rate is a re­ally important finding. He said the same observations were made in trials of nivolumab, which he de­scribed as “highly encouraging”.

Dr Bajorin also pointed out that progression-free survival was not a useful measurement for urothe­lial cancer and that better end­points were needed.

KEYNOTE-045 was an open-label phase 3 trial in which 542 patients with advanced urothe­lial cancer that recurred or pro­gressed after platinum-based chemotherapy were random­ly assigned 1:1 to receive pem­brolizumab (200mg every three weeks) or the investigator’s choice of chemotherapy (paclitaxel, doc­etaxel or vinflunine). It is now a mature trial, with patients con­tinuing to receive the study drug compared with no patients in the chemotherapy arm.

That survival benefit was main­tained at 18.5 months, with a HR for death of 0.70 (95 per cent CI [0.57, 0.86]; p = 0.0004). The ben­efit was maintained across all sub­groups, regardless of age, ECOG performance status, prior therapy, liver metastases, histology or in­vestigator choice of chemotherapy.

The median survival in the pem­brolizumab arm was the same as previously reported: 10.3 months (95 per cent CI [8.0, 12.3]), com­pared with 7.4 months in the chemotherapy arm (95 per cent CI [6.1, 8.1]), with significance re­maining, regardless of PD-L1 ex­pression. At 18 months, 36.1 per cent of patients receiving pem­brolizumab were alive, compared with 20.5 per cent of patients re­ceiving chemotherapy.

Responses occurred across all PD-L1 and poor prognostic fac­tor subgroups. Median progres­sion-free survival was 2·7 months (2·1 to 4·2). Median OS was 15·9 months (10·4 to not estimable). Tumour mutation load was asso­ciated with response.

“In terms of first-line therapy, we have got interesting data show­ing there is a 24 per cent response rate, but this is what is even more important, that for some patients, responding belies the survival rate, at least in this study,” Dr Ba­jorin said.

“But look at the median surviv­al here, it is now 16 months; these are patients that were ineligible for cisplatin therapy, so they do quite poorly as a group in terms of their prognostic features, but spe­cifically in terms of their median and long-term survival.”

This study is being done to create a registry to learn more about these cancers, enabling researchers to look at large groups of people with and without this kind of cancer.

Researchers will look at risk fac­tors to learn more about their re­lationship to cancer. They will al­so look at genetic markers in sali­va, which may be associated with a particular trait. It is hoped that certain genes identified in pa­tients may predict cancer risk or response to treatment, and the registry may lead to better meth­ods of preventing, diagnosing and treating urothelial cancers.

As usual, the ISMO meeting fea­tured some of the most original cancer research taking place in Ireland. Dr Ahmed Nabil, Our La­dy of Lourdes Hospital, Drogheda (OLOLH); Dr Fergus Keane, Gal­way University Hospital; Dr Oana Deac, St James’s Hospital, Dub­lin; and Dr Rozana Rahman, the Mater Misericordiae Universi­ty Hospital, Dublin, were four of the award winners. Dr Nabil’s re­search consisted of a review of the national guidelines of paclitax­el administration in early breast cancer. Weekly paclitaxel 80mg/ m2 is a widely-used regimen in the neoadjuvant/adjuvant treatment of breast cancer. National and lo­cal guidelines suggest that treat­ment can be given if neutrophils are ≥1.5 X 103/mm3.

In addition, it is recommend­ed for grade II neutropaenia (neu­trophils 1.0 x 103/mm3 <1.5 x 103/ mm3), that the dose of paclitaxel to be reduced to 65mg/m2. To ex­amine the local practice and the ef­fect of changes in the dose, a ret­rospective review was conduct­ed. The study retrospectively ex­amined patients with breast can­cer who received paclitaxel in 2016 in OLOLH. Patients who received adjuvant or neoadjuvant paclitaxel were included. Patients with met­astatic disease or receiving other forms of treatment were excluded.

In 2016, 72 patients with newly-diagnosed breast cancer were seen in OLOLH. Twenty-one patients received weekly paclitaxel as ad­juvant or neoadjuvant therapy; those were included as the study sample. The study found that the use of neutrophils 1.5 X 103/mm3 is associated with a higher rate of treatment modifications.

Dr Keane’s research was based on a survey of colorectal cancer (CRC) survivorship practices in Ireland and implementation of a survivorship care plan (SCP) pi­lot programme. The online sur­vey was completed by 13 medical oncologists, comprising the lead treating physicians for the Irish regional cancer centres and their satellite centres.

“Surveillance practices in Ire­land are heterogeneous,” accord­ing to the results.

“Which guidelines are used to follow patients is physician- and hospital-dependent. The SCP is a useful tool for streamlining fol­low-up practices so that they are more uniform. Physicians and pa­tients both feel that SCPs are ben­eficial. Widespread use of SCPs may provide a mechanism to move CRC surveillance out of busy oncology clinics to a more appro­priate setting, such as nurse-led clinics and primary care.”

Palbociclib is a novel small-mol­ecule inhibitor of cyclin-dependant kinases 4 and 6, resulting in loss of retinoblastoma protein phospho­rylation, which is responsible for breast cancer proliferation.

For the study, a retrospective, single-centre audit of all hor­mone-positive HER2-negative metastatic breast cancer patients who were treated with palboci­clib over a six-month period in an Irish tertiary hospital was con­ducted. A total 64 patients were included in the analysis.

“To our knowledge, this is the larg­est real-world analysis of CBC mon­itoring in patients receiving palboci­clib,” according to the results.

“This analysis demonstrates good compliance with CBC moni­toring and dose adjustment guide­lines. Palbociclib is a safe and ef­fective therapy. Patients with ANC <4.0 prior to starting treatment are more likely to be dose-reduced. In­creased awareness of significant side-effects such as thromboem­bolic events is important.”

Research by Dr Rahman exam­ined outcomes following central­isation of pancreatic cancer care in Ireland. It found that centrali­sation of PDAC surgery in Ireland has resulted in a significant im­provement in utilisation rates of surgery, chemotherapy and radio­therapy, leading to improved over­all survival for patients.

GPs warn of ‘significant’ impact of pandemic on mental health