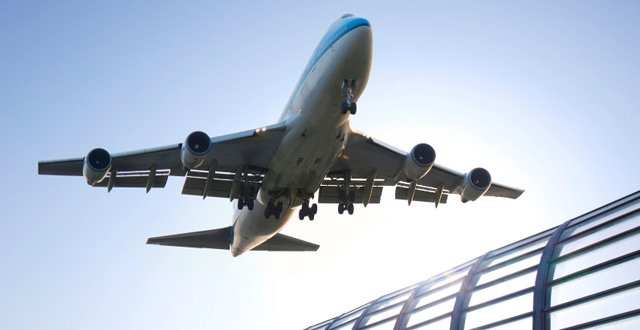 There “is no comparison” in terms of working conditions between Ireland and abroad for young consultants, Dr Oisin O’Connell told the Medical Independent (MI).

A member of the IHCA National Council and a former Vice President of the Association, he spoke to MI at the Association’s recent Annual Conference in Limerick.

Dr O’Connell completed his medical degree in University College Cork before doing his postgraduate training between Ireland, North America and Australasia. He is now a Consultant Respiratory Physician at the Bon Secours Hospital, Cork.

He told MI that the cause of young doctors who trained in Ireland leaving and remaining abroad “has a number of factors”.

“I think it’s a number of factors. I think there is a lag period in the investment from the Government and actual implementation on the ground for the clinical need that is there,” said Dr O’Connell,

“From new entrants’ perspective, there is obviously dislike that there is discrimination in the policies towards salaries [in the current consultant contract]. Then there is actually a significant quality of life issue,” he commented.

The reasons behind the departure of young doctors from Ireland and the failure of some of them to return was a burning topic at the recent IHCA Annual Conference.

In its National Council Annual Report presented at the conference, the IHCA claims that the “ongoing discrimination against new-entrant consultants” is a significant contributor to the consultant “recruitment and retention crisis”.

“It is unacceptable that an estimated 400 approved permanent hospital consultant posts are either vacant or filled on a temporary/agency basis,” said the IHCA National Council. “This false economy must be ended, as patients are being deprived of care, while medical agency costs are in the region of €115 million per year.”

The Association confirmed that it has communicated directly with its new-entrant members who have indicated that they wish to be party to the “new-entrant discrimination cases” that have been initiated by some consultants against the State.

Legal advisors are progressing the cases “as a matter of priority”, according to the Association.

The IHCA has also recently established a ‘New Entrant Discrimination Committee’ to oversee the advancement of these cases in consultation with its legal advisers.

IHCA Secretary General Mr Martin Varley said that the Association sees the challenge faced by new entrants and young consultants as a very important one.

“The Association has taken a very clear decision to support new entrants who are aggrieved with the discrimination that has been imposed on them, to the tune of about 30 per cent salary deferential,” Mr Varley told reporters at the Association’s Limerick meeting.

IHCA President Dr Tom Ryan echoed this during his sit-down with journalists at the event: “They [HSE] can’t get surgeons to come back to work in Ireland.

“And it is something that affects every speciality in every area. Unless we get consultants to staff our system, the waiting lists are just going to continue to grow.”

Speaking to MI following Minister for Health Simon Harris’s address to the conference, Dr O’Connell said that there are specific issues facing young consultants with young families that need to be addressed.

“There is the recognition that a lot of people who are coming home have young families. People do not quite recognise that you still have to pay for childcare when you get called in at night,” he told MI.

“I look at a number of my colleagues who are married to other healthcare professionals and when they get called in at night, they need on-call babysitting services.

“There needs to be a recognition [of the challenges] on working conditions, on-call roster, staffing resources.”

Dr O’Connell agreed that working conditions and quality of life factors have had a significant impact on the career and emigration choices made by young doctors.

“Then, I think a lot of people are facing the issue of competing with other departments for access to staff, beds and resources. And it leads to tension on the ground when a speciality is trying to get a bed in ICU and they want to do a particular surgical procedure, or a particular complex procedure,” Dr O’Connell told MI, “while another department has [also] got a patient who needs to go into intensive care, access to beds, access to ICU.

“So it is getting back to multiple factors. For the new entrants and the young people coming back, no-one likes inequality. Then from morale on the ground, there has to be sustainability and an actual work-life balance that can fit in with the Irish system. There is a disparity in Ireland, even with the cost of living. For instance, the cost of living in Dublin is disproportionate to the rest of Ireland.”

But when it comes to working abroad compared to Ireland in terms of support for staff and working conditions, Dr O’Connell said “there is no comparison”.

“The role of managers in North America is to facilitate the delivery of clinical care, whereas the role of a lot of management in Ireland is to maintain the budget, which has been restricted by the Government and as a consequence, they impede the clinician delivering patient-centred care.”

But it is not only contract matters that impact young consultants. Dr O’Connell also drove a motion during the IHCA Annual Conference on the issue of clinical indemnity and how it is adding to the cost of work for all consultants, leading some to emigrate or cease practice.

Speaking in favour of the motion, which was passed, Dr O’Connell told IHCA delegates that the Minister for Justice should commence the “relevant provisions of the Legal Regulation Act 2015 without further delay, so that an effective pre-action protocol is implemented to resolve patient claims more efficiently, and at reduced costs by facilitating parties to settle issues between themselves without the necessity to commence legal proceedings.

Dr O’Connell added that “escalating clinical indemnity costs are driving-up the cost of providing care in public hospitals and jeopardising patient access to independent hospital care, forcing consultants to cease practice or emigrate. The cost of clinical indemnity more than doubled for most specialities in the two-year period 2013-2014. There have been additional significant increases every year since”.

Dr O’Connell was one of the IHCA members who met with Minister for Health Simon Harris before his conference address (see photo). During his speech to IHCA delegates, Minister Harris specifically acknowledged that the “retention of young doctors is pivotal for the future”.

However, the Minister did not mention the contract specifically as a reason why young doctors may be reluctant to work in Ireland.

“I appreciate that many of the ‘push factors’ that cause some Irish-trained doctors to emigrate are issues which you [consultants] cannot control,” the Minister told delegates.

Instead, the Minister highlighted two areas where he thought consultants could have an impact — firstly in the provision of protected training time, and secondly, the establishment of clearer mentoring programmes.

He noted that the Forum of Irish Postgraduate Medical Training Bodies and other key stakeholders “are exploring options of expanding the availability of mentoring in medicine, in order to better meet the needs of trainees”.

“I want to thank consultants for the work they already do in this area.  I encourage you all to support these initiatives, to become a mentor and share the wisdom and experience.

“Our health system will benefit, and I truly believe you will find it a worthwhile activity.”

Also addressing the IHCA conference, Mr Ken Mealy, Consultant Surgeon and RCSI President Elect, asked: ‘How do we get our young, well-trained surgeons to return to this country?’

“Well, we clearly need a functioning national surgical service. For this, there is clearly a need for infrastructural changes; there are road-blocks, there are resources needed in many different areas.”

Mr Mealy said that the establishment of “functioning Hospital Groups” and unified governance would help in the area of recruitment and retention of doctors in Ireland.

He added that the current difficulty in filling consultant posts “has been a particular challenge for surgeons, particularly in the smaller hospitals”.

“It is absolutely clear to us that we will not be able to staff general surgery in the smaller hospitals into the future.”