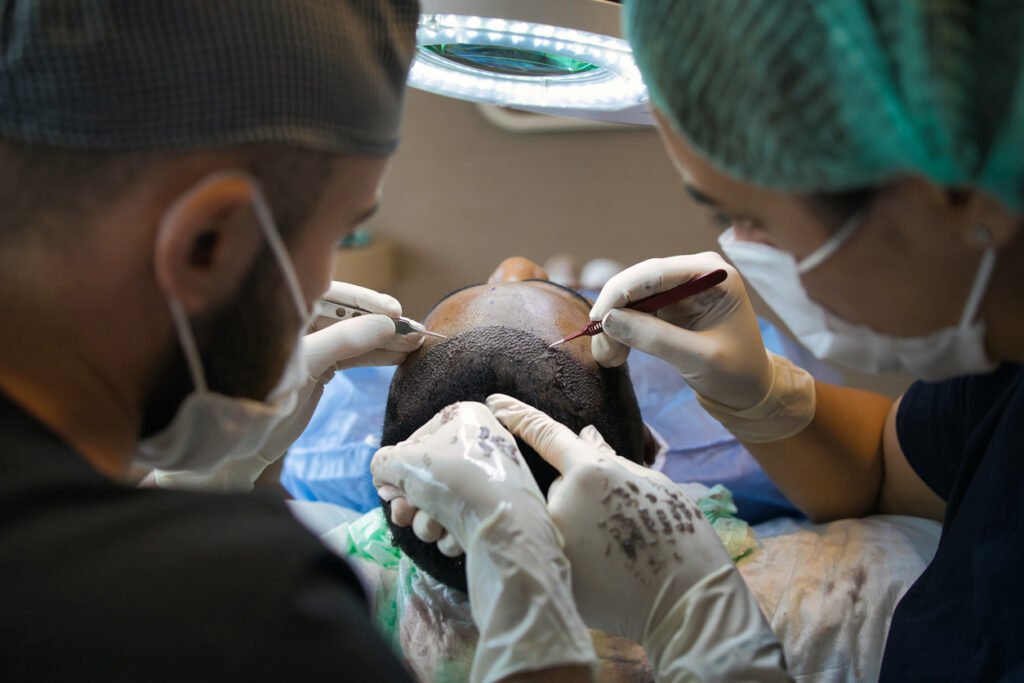 Attendees heard a presentation from Prof Ralf Paus, Professor of Dermatology at the University of Miami Miller
School of Medicine in the US and Professor of Cutaneous Medicine at the University of Manchester, who addressed
the seminar on the topic, ‘The Hair Follicle (HF) as a Chemosensory Organ’. Prof Paus described human hair scalp
follicles as ‘mini-organs’ that are highly innervated sensory organs, as well as operating as major chemosensors. They
contain a complex repertoire of fully-functional chemosensory receptors that range from vanilloid and cannabinoid,
to olfactory and even pheromone and taste receptors, their latest research has shown.

Stimulation of certain of these receptors by endogenous or exogenous ligands regulates a wide range of HF
functions, explained Prof Paus, ranging from hair cycle control, proliferation and apoptosis in the hair matrix and bulge stem cell functions to the HF immune system and the HF microbiome. He discussed some examples of what he described as the “astounding chemosensory activity” of human scalp HFs, particularly how HFs’ ‘smell’ and ‘taste’ activity is important in regulating human scalp hair growth. Prof Paus provided an overview of the evolutionary and clinical significance of HF chemosensation biology and he discussed how expanding our knowledge of this research frontier may lead to the development of new non-drug therapeutics in dermatology that go beyond the management of hair diseases.

Introducing Prof Paus, Prof Tobin referred to his “extraordinary research output,” which includes authoring
more than 680 papers on PubMed, and he cited Prof Paus as an example for students on how to build a strong career
in research.

ReceptorsProf Paus specifically discussed three chemosensory receptors — taste receptors, olfactory receptors, and TRP ion channels. “Taste and olfactory receptors are the most obvious ones, but TRP ion receptors also permanently contribute to our sense of taste, and even others, such as cannabinoid receptors, can in the widest sense be subsumed under the term ‘chemosensory receptors’,” said Prof Paus. HFs are the most densely innervated peripheral organs in the human body, with the possible exception of the cornea, Prof Paus explained. “The function of this very dense innervation is only now becoming better understood. We know that the follicle innervation does a lot more than send sensory signals to the sensory cortex — for example, when an insect hits the hair shaft, it thereby excites action potentials in the sensory neurons, but these nerve endings around the hair follicles, which are particularly dense around the stem cell region of the hair follicle, are also secreting neuropeptides, neurotrophins, neurotransmitters and neurohormones that are ‘talking’ to the hair follicle epithelium,” he told the attendees.

“They may also be interacting with the hair follicle microbiome, the most interesting microbiome in your skin and much richer than the skin surface microbiome. If you are under psycho-emotional stress, neuropeptides released from these nerve endings will release perifollicular neurogenic inflammation, which inhibits your hair growth and may even damage your stem cells.” Aside from these classical neuro-physiological aspects of hair biology, hair follicles also engage in chemosensation, independent of peripheral innervation, said Prof Paus.

Among his findings, Prof Paus and colleagues found that the hair growth cycle regression phase or catagen is promoted if signalling is blocked through the receptor, either by an antagonistic odorant or by silencing RNA, and is prolonged by an odorant such as sandalore that agonises the receptor. “IGF-1 was increased and probably, most of the mechanistic explanation for this effect is due to up-regulation of IGF-1,” he said. “There was also a minor stimulation of hair shaft formation, but the main effect was on hair follicle cycling — the key finding was that continued stimulation of this one olfactory receptor is actually required for the scalp hair follicles to remain ‘happy’.”

Prof Paus gave an overview of TRP ion channels, focusing particularly on TRPM5, which he described as a “promiscuous” receptor that can be stimulated by multiple signals, such as odorants, acidic pH and gustatory agents, for example. “But the most interesting stimulants are bona fide pheromones, which can stimulate the receptor,” he said. This represents the first evidence that pheromones can manipulate human organ remodelling, said Prof Paul. “That is exciting, because several perfumes contain pheromones… if you can use an odorant like pheromone that ‘talks’ to a well-defined receptor to effect changes in organ remodelling, you are basically impacting dramatically on human
tissue function without using any drugs.

Prof Paus touched on the implications for influencing hair growth and wound-healing, among other potential applications as a result of these findings. “Stimulating the 2AT4 (OR2AT4) stimulates the proliferation and migration of human keratinocytes and actually promotes wound-healing, the re-epithelialisation of excrementally-induced wounds in organ cultured human skin,” he told the attendees. “That’s interesting enough in itself, but it’s even more interesting that a simple odorant that is found in many cosmetics, particularly in aftershaves and perfumes, the synthetic sandalwood-like odorant sandalore specifically stimulates this receptor and has all of these keratinocyte effects.” Whenever there is a substance that promotes wound-healing, the chances are very high that the same agent or receptor system can promote hair growth, and vice-versa, added Prof Paus. “There is not a lot of interaction between these two fields, but they are so closely related,” he said.

“Our working hypothesis is that olfactory receptors in the human hair follicle are perhaps actually primarily there not so much to regulate the growth of the hair follicle, but to ‘smell’ the hair follicle microbiome and to manage it by differential AMP peptide production,” he told the attendees. “If that is true, then sandalore may be used as a cosmetic agent in the adjuvant therapy of bacterial or fungal infections.”

He concluded by telling the seminar: “Human hair follicles do, very prominently, engage in chemosensation, for
example via vanilloid, cannabinoid, olfactory and taste receptors to regulate their own growth,” said Prof Paus. “But
also, they do multiple other things, such as regulating the hair follicle microbiome, as we are beginning to understand
in our olfactory receptor research. They are all doing the same things — the olfactory and pheromone receptors we
looked at were hair growth-promoting, and the bitter taste receptor was hair growth-stimulatory.
“What I find fascinating is that this work opens up an entire new microcosm of dermatological research,” continued
Prof Paus. “I would call it ‘chemosensation dermatology’, where we use non-drugs to exert powerful growth- and microbiome-modulatory effects by modulating potent growth factors. This is an area that dermatologists should be really excited to exploit, because it greatly expands our therapeutic armamentarium. A few of these examples of chemosensation dermatology I have presented invite you to explore an entire microcosm of evolutionarily ancient, but until now in the human system conserved, chemosensory activities that are just waiting to be targeted by drug-free strategies.

This new therapy, beyond capsaicin and menthol and other TRP ion channel agonists that dermatologists have
used for a long time, is perhaps one of the most exciting new frontiers that I have come across in the past two decades in dermatology.

ApoptosisDuring an interactive Q&A session and discussion, Prof Tobin described Prof Paus’s work as potentially representing a “paradigm shift” in how therapeutic dermatology is approached. “A lot of your initial work was done
using mice, and as you rightly point out, we need to be very careful in extrapolating from the mouse model to the human,” commented Prof Tobin. “The data you present now is based on findings in humans, in particular the human scalp. The examples you have shown today are not really about stimulating proliferation of cells or rapidly-dividing cells; it’s more about the apoptosis or catagen checkpoint; either delaying or stimulating either of those. That seems to me to be nature’s ‘sweet spot’ for modulating tissue dynamics and remodelling, and even potentially as a contribution to wound-healing. So, what is it about the follicle that makes its target keratinocyte in particular constrained for proliferation, but wide open in the context of apoptosis?” Prof Paus replied: “It’s a brilliant point — industry has been barking up the wrong tree for far too long.

They try to clobber an already maximally-growing follicle to grow even more, while instead, they should be targeting the switch from a highly proliferative state, to a pro-apoptotic state,” he said. “This switch is what clinically matters most, so this is what we really need to attack with whatever therapy we develop. Apoptosis is possibly a more economical way of regulating the system than stimulation of proliferation, so it’s probably more energy-saving to use
apoptosis control as the main form of regulation.”