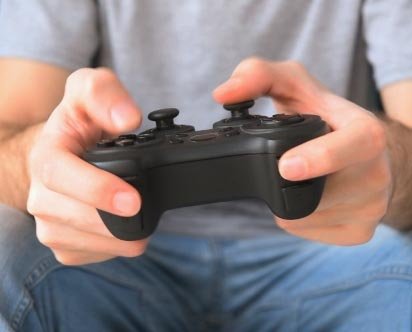 Why is this relevant? Well, obviously it’s relevant if you work in close proximity to these animals, and it’s no laughing matter that a significant proportion of workplace-related injuries and deaths in Ireland relate to farms, as reported by the Irish Medical Journal in a study published earlier this year.

I have no beef with these findings, but I find it interesting that recently, the World Health Organisation (WHO) classified ‘gaming disorder’ as a legitimate, diagnosable and treatable condition. This has raised a few eyebrows, not to mention hackles among the gaming software manufacturers.

It’s sometimes said that a camel is a ‘horse designed by a committee’ and personally, I smell a committee with this decision. But let’s look at the WHO’s decision a little more closely.

It describes the ‘condition’ as “a pattern of persistent or recurrent gaming behaviour (‘digital gaming’ or ‘video-gaming’), which may be online (ie, over the Internet) or offline”.

The ‘warning signs’ include: “Impaired control over gaming (ie, onset, frequency, intensity, duration, termination, context); increasing priority given to gaming to the extent that gaming takes precedence over other life interests and daily activities; and continuation or escalation of gaming, despite the occurrence of negative consequences. The behaviour pattern is of sufficient severity to result in significant impairment in personal, family, social, educational, occupational or other important areas of functioning.”

Interestingly, ‘gaming disorder’ is listed close to ‘gambling disorder’ in the ICD-11 and the wording of the description is remarkably similar.

The WHO says the decision was made based on “a consensus of experts from different disciplines and geographical regions that were involved in the process of technical consultations undertaken by the WHO in the process of ICD-11 development”. That’s some hard-core HSE-speak right there.

There’s no doubt that the current ‘indoor generation’ often spend too much time in front of a screen but — unless I’m missing something here — surely if something is to be described as a ‘disorder’, that decision needs to be backed-up by clinical research and hard evidence. That seems to be conspicuously absent here.

It’s possible to count the yearly fatalities associated with gaming disorder on one hand. Notwithstanding the dangers of a sedentary lifestyle, playing video games is hardly a mortally hazardous pastime. Perhaps ‘Cow Proximity Syndrome’ also has potential for official classification.

I can’t help but think that ‘gaming disorder’ is a symptom rather than a cause. People, young and old, who may suffer with depression or anxiety, for example, may often spend too long gaming due to the urge to ‘escape’ from something.

For ‘gaming disorder’ to be classified as an entity in itself seems a little ham-fisted and fails to take into account accompanying issues that may be at play. If anything, ‘gaming disorder’ should be a red-flag for any GP to investigate further and see what else is going on in the background.

The cynic in me wonders if there’s a drug designated for the treatment of ‘gaming disorder’.

At time of going to press, the local and European elections have just taken place, so it seems apt to share a few little quotes on politics as a pallet-cleanser. Your contributions, observations and gripes on any subject are always welcome at the email address below.

“If ignorance goes to $40 a barrel, I want drilling rights to George Bush’s head.” Jim Hightower, author and columnist.

“Politics is the art of looking for trouble, finding it everywhere, diagnosing it incorrectly, and applying the wrong remedies.” Groucho Marx.

“Everything is changing. People are taking their comedians seriously and the politicians as a joke.” Will Rogers, humorist.

“Being president is like being a jackass in a hailstorm. There’s nothing to do but to stand there and take it.” Former US President Lyndon Johnson.

“Better to remain silent and be thought a fool than to speak out and remove all doubt.” Abraham Lincoln.

“If I were two-faced, would I be wearing this one?” Lincoln again.

“It was absolutely involuntary. They sank my boat.” JFK on being proclaimed a war hero.

“Once you leave the womb, conservatives don’t care about you until you reach military age. Then you’re just what they’re looking for.” George Carlin, comedian.