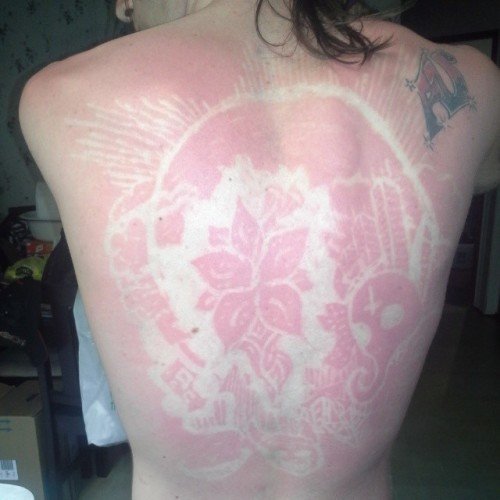 How many injuries have you treated where the aetiology can be traced to irresponsible action or just plain stupidity? Naturally, every patient deserves to be treated equally, regardless of how they acquired their illness, but any doctor would be entitled to raise an eyebrow if a patient presents with an injury or condition that has its roots in one of the health fads promoted by so-called ‘celebrities’.
These can range from the sublime to the ridiculous, and from the benign to the insidious. For example, Ryan’s Daughter actress Sarah Miles professes the benefits of drinking her own urine, or ‘urotherapy’ as it’s called, in an effort to add a veneer of credibility. The theory is that because urine is filtered by the blood and kidneys, you’re left with a large amount of unfiltered nutrients and vitamins. I’ll take their word for it.
Another actress, Gwyneth Paltrow, ascribes to ‘bee-sting therapy’, which does exactly what it says on the tin, under the guise of treating inflammation and scarring. Ms Paltrow also uses an old Chinese technique known as ‘cupping’, which involves placing glass cups on the body to create a type of vacuum which is purported to stimulate the nervous system and stimulate blood flow. However, it also raises connective tissue and creates circular lesions on the skin that closely resemble burn-marks.
Then there’s Shailene Woodley (no, neither have I), who swears by something called ‘vaginal sunbathing’. Over to Ms Woodley: “Another thing I like to do is give my vagina a little vitamin D. I was reading an article written by a herbalist [ah, mystery solved!] I studied about yeast infections and other genital issues…” Ms Woodley also regularly eats a teaspoon of clay, which she says “binds to other materials in the body and helps your body excrete those materials that aren’t necessarily the best for you”. Like clay, presumably.
Another of the more flaky but dangerous fads is cryotherapy, promoted by cosmetics businesswoman Bobbi Brown. I don’t need to go into the potential dangers of being almost frozen to death.
Inevitably, the notoriously publicity-shy Kim Kardashian had to pop up in this list. Who knows how many injuries she is responsible for, having promoted the ‘vampire facial’. This involves a blood-draw from the arm, after which the blood is spun in a centrifuge to separate the platelets and the end product is then either injected back into the bloodstream, or even worse, is applied as a face-mask after microdermabrasion.
Demi Moore, meanwhile, travels to Austria to have leeches placed on her body for supposed antimicrobial and anticoagulant benefits. I’m not sure why she needs to travel to Austria though, you would think there are plenty of leeches in Hollywood.
Big Bang Theory actress Mayim Bialik — a qualified neuroscientist — is a proponent of eating one’s own placenta, which she describes as “perfectly healthy and wonderful to ingest”, and she recommends adding it to vegetable soup as a purée.
Meanwhile, singer Myleene Klass drinks tea laced with breast milk, claiming it’s a family tradition and tastes like a yoghurt drink. This is less dangerous than the practice of ‘candle therapy’ used by some models to rid their hair of split ends and involves using a naked flame to burn off fly-away hair ends. Sometimes, words fail me.
Then there’s Victoria Beckham, whom you knew would be on this list of shame, who uses ‘Japanese geisha facials’, which involves smearing nightingale droppings all over her face, or Sandra Bullock, who uses haemorrhoid cream to supposedly get rid of puffy eye-bags. See you in the Eye & Ear, Sandra.
And just when you think it can’t get more bizarre, there’s Victoria’s Secret model Stella Maxwell, a fan of ‘snake massages’. This involves allowing two large boa constrictors to slither all over her body. Sounds relaxing. And incredibly dangerous if they’re hungry or cranky.
I’ll finish with possibly the dumbest craze of all — ‘sun tattoos’ (pictured above). Dermatologists, look away now.
Hopefully this craze will die out, but rather than get a conventional tattoo, some bright sparks use stencils to literally burn a pattern onto their bodies.
The bottom line is: Check those magazines in your waiting room; they may be doing more harm than good. You can’t go wrong with a copy of National Geographic.