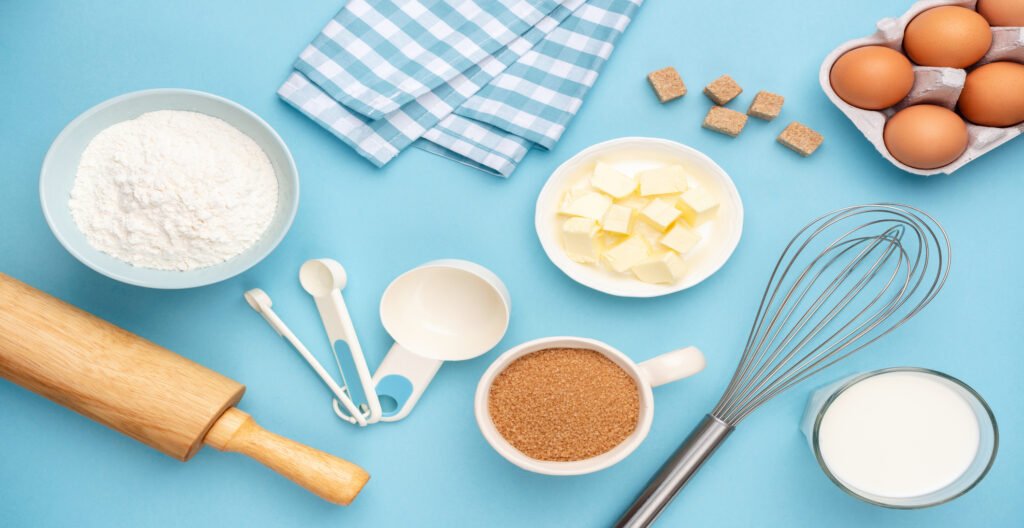 I inherited my love of cooking and gardening very definitely from my mother. My obsession with secondhand bookshops came from my father, along with another unconscious bequest: A small appetite, especially for a male somewhat over six feet tall in old money.

My mother’s approach to food was always generous. Her philosophy in the kitchen could be summed up thus: How much food I give you reflects how much I love you. This had interesting consequences for my father and myself; we rarely managed to clear our plates.

My mother’s appetite was, as they used to say, healthy. She was not only fascinated by food and its preparation, she greatly enjoyed eating, and there was a time when she worried about weight; hers and mine.

By the time I was 12 I had the qualities of a straight line as defined by Euclid: Length and no breadth. There was concern that I was fading away. Around this time, she decided the time had come for her to diet. Many regimens were tried, but none seemed to do the trick.

I do recall, at first, that she decided to avoid what she called starchy food. Out went bread and potatoes; rice and pasta. While not unknown in Dublin at the dawn of the 1970s, they were not much of a sacrifice. Cakes and puddings, especially for a baker of her calibre, were.

In 1825, the French gastronome Jean-Anthelme Brillat-Savarin, demonstrated that he had given some thought to obesity. History doesn’t relate very clearly how well-upholstered he was, but I wonder if he was speaking from personal experience when he wrote that the ‘cure’ for being overweight was abstinence from all things floury and starchy.”

I’m grateful to Alan Watson, the American nutrition researcher, for reminding me of this, and for pointing out that around this time the annual per capita consumption of sugar in the US was 15lbs. Brillat-Savarin probably didn’t consider it to be even nearly as significant as the floury and starchy stuff. It is now 150lbs, by the way.

I make that just over 68kg per annum. The figure in Ireland seems to be – and I’m open to correction – about 38kg per annum. But I digress.
In 1863, William Banting, the corpulent London undertaker, lost over six stone on a low carbohydrate and high fat diet, writing of his experience in his Letter on Corpulence. The leading medical journals of the day warned that Banting’s diet could be dangerous but their main gripe, it would appear, was that a layman was “meddling” in medical affairs.

Watson leaps forward to 1910 and recalls that American per capita butter consumption was 18lbs per annum while mortality from heart disease was under 10 per cent, as against 40 to 45 per cent today. At this point, lard was the leading cooking fat, butter being too precious a commodity for putting in the pan. The latest figure I can get for butter consumption in the US is for 2018: 5.8lbs per capita.

A year later, according to Watson, “Proctor and Gamble introduce Crisco, [the] first shortening made from hydrogenated vegetable fat. P & G bought the patent for hydrogenation from an English company that was attempting to make candles out of the artificially hardened fat. When rural electrification wiped out the candle market, P & G hydrogenated vegetable oil and introduced Crisco, a cheap alternative to lard. Crisco featured a much longer shelf life and, over decades, gave unsuspecting Americans hundreds of millions of pounds of trans fatty acids.”

In 1934, the blood test for cholesterol (which has been isolate by de la Salle in the 18th century) was introduced and in 1937, two Columbia University biochemists, David Rittenberg and Rudolph Schoenheimer, noted that dietary cholesterol had very little effect on blood cholesterol.

Fast forward to 1953 and the publication of Ancel Keys’ Seven Countries Study, which concluded that high fat intake causes heart disease. If it had been called the Twenty-Two Countries Study, the conclusion would have been different. Keys had data from that many countries, but cherry-picked to support his own unfounded hypothesis. France, for example, where the diet was high in fat and the incidence of cardiovascular disease was low, was highly inconvenient. He left it, and similar countries, out.

Fast forward to 1997 and Keys, retired and unrepentant, stated, baldly, “dietary cholesterol and serum cholesterol are not related.” Despite this, and while the 2015 USDA guidelines say that cholesterol “is not a nutrient of concern” they recommend people to eat as little of it “as possible”.

In 1955, John Goffman, Professor of Molecular and Cell Biology at University of California Berkeley, demonstrated that carbohydrates elevate VLDL. The following year, he stated that the majority of people with cardiovascular disease had elevated triglycerides and depressed HDL, “not high cholesterol”. His paper, ‘Carbohydrate-Induced Lipemia’ was ignored by the American Heart Association and by the powers-that-be.

No doubt Goffman had read The Practice of Endocrinology, a British textbook by Greene et al, published in 1951. The dietary advice was identical to Banting’s, but went a little further, advising the avoidance of everything made with flour, cereals, including breakfast cereals and milk puddings, potatoes and all other root vegetables, foods containing sugar and all sweets. The medical journals of the time didn’t complain.

The ‘low fat equals good health’ mantra continues and while sales of butter have rallied a little, I still hear people speaking of full fat dairy products and red meat as “guilty” pleasures.

There’s a lot of money riding on the demonisation of fat. And money talks, often nonsensically.

This is one to grab with both hands if, like me, you enjoy what people used to call claret, the red wines of Bordeaux. Not the eye-wateringly expensive grands crus classés nor even the pretty dear crus bourgeois, but what Berry Bros. & Rudd, the grand London wine merchants call “good everyday claret”. Chateau Méaume Bordeaux 2016 is a lovely, straightforward, merlot-dominated wine made by a British family just north of Libourne and first brought to Ireland by Alex Findlater back in the 1980s. It’s fleshy, but classic, what the late Michael Broadbent MW would describe as “savoury”.