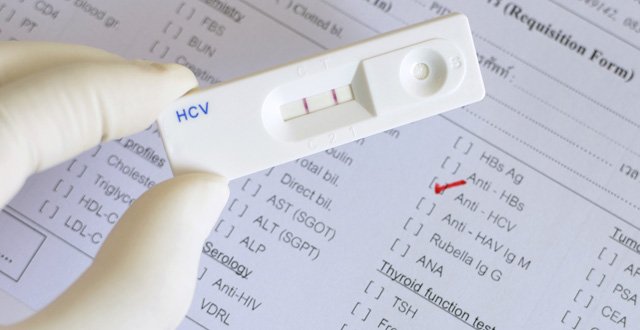 Since 2004, when hepatitis C (HCV) became notifiable in Ireland, there have been a total of 12,835 notifications of HCV here. However, it is estimated that between 20,000-to-30,000, or even more, are infected, as a large percentage remain undiagnosed. As a result, HCV is often described as ‘the silent pandemic’.

While there has been a recent decrease in notifications in Ireland, there is still a significant burden associated with advanced-stage HCV infection, including liver disease, liver failure, liver cancer requiring for some transplant, and death.

Between 55 per cent and 85 per cent of those infected develop chronic infection and are at risk of progressive liver disease. An estimated 20-to-30 per cent of HCV patients develop cirrhosis of the liver, which typically appears after two or three decades. Those patients also suffer a higher risk of developing hepatocellular carcinoma (HCC), according to Prof Suzanne Norris, Consultant Hepatologist, St James’s Hospital, Dublin. Approximately 3-to-4 per cent of patients with cirrhosis will develop HCC per year.

Genotypes 1, traditionally the most difficult to treat, and 3 are the types most commonly seen in Ireland.

The National Hepatitis C Database was set up in 2004 to collect data on people infected with HCV through the receipt of contaminated blood and blood products in Ireland. Approximately 1,700 people were infected through anti-D immunoglobulin, blood transfusion, blood-clotting factors or treatment for renal disease.

The latest (fifth) report of the Database was published in recent months, and is based on information collected during the years 2010-2013 inclusive. The report includes some initial data on patients who have undergone anti-viral therapy using the new triple-therapy containing direct-acting antiviral agents. As Ms Michele Tait, Chair of the Database Steering Committee, points out, there have been huge developments in the area of therapeutic drug treatment for HCV in the last number of years “and we are now entering into an era where complete eradication of the HCV virus is a real possibility”.

Among the main findings of the new report are that there are 1,320 database participants, a participation rate of 77 per cent. Of these, 1,060 were still alive at the end of 2013.

The source of infection in participants was anti-D immunoglobulin (61 per cent), blood transfusion or treatment for renal disease (26 per cent) and blood-clotting factors (13 per cent).

The spontaneous viral clearance rate in this population is between 20 and 36 per cent (depending on whether participants with no confirmatory antibody results are included in the denominator).

A total of 390 database participants (36.8 per cent) were still alive and chronically infected at the end of 2013, at an average age of 63 years. Of these, 261 were infected through anti-D, 99 through blood transfusion and 28 through blood-clotting factors.

The most common genotype in participants is genotype 1 (77 per cent), followed by genotype 3 (18 per cent).

Alcohol consumption in excess of recommended levels was recorded for 17 per cent of those with chronic infection.

Almost 29 per cent (n=233) of those who were chronically infected had clinical signs of severe liver disease (such as cirrhosis, oesophageal varices, portal hypertension and ascites) recorded at the last follow-up, an increase from 22 per cent four years ago. The factors associated with having signs of serious liver disease were longer duration of infection, male sex, older age, high alcohol intake, and genotype 3 infection.

Those with high alcohol consumption had more than five times higher odds of having serious liver disease compared to those without.

Participants infected through blood transfusion or treatment for renal disease were more likely to have signs of serious liver disease compared to anti-D participants.

A total of 22 per cent (n=181) of those who had ever developed chronic infection had developed cirrhosis by latest follow-up. This is an increase from 17 per cent four years ago. Cirrhosis developed at an average age of 55 years and the average duration of infection was 26 years. Older age, longer duration of infection, high alcohol intake and male sex were all independently associated with higher prevalence of cirrhosis on multivariate logistic regression analysis. Participants infected through blood transfusion or treatment for renal disease were more likely to have developed cirrhosis.

By the end of 2013, 260 participants on the Database had died. This is an increase of 48 deaths in the past four years. Among participants who ever developed chronic infection, 23 per cent had died, compared to 8 per cent among those who never became chronically infected. Death from liver disease occurred in 73 participants, 63 of whom had been chronically infected and eight of whom had no RNA (ribonucleic acid) results (had died before RNA testing began).

The factors associated with liver-related mortality on multivariate regression analysis were high alcohol intake, male sex, and current chronic infection compared with past chronic infection, according to the report.

Those infected through blood transfusion or clotting factors were more likely to have died from liver-related causes than the anti-D participants.

Almost half — 48 per cent (n=390) — of chronically-infected participants on the database had received at least one course of antiviral treatment. This is an increase from 42 per cent four years ago. Those who were more likely to have been treated were those who were younger, those infected in the 1991-1994 anti-D outbreak or through blood transfusion or clotting factors, those with higher fibrosis scores, and participants with genotype 2 or 3 infections.

A sustained virological response (SVR) was more likely to be achieved in younger participants, those with genotypes 2 or 3, those who were not cirrhotic prior to treatment and those who did not have high levels of alcohol intake. SVR rates for treatment-naïve participants who received the standard of care course of pegylated interferon (Peg-IFN) and ribavirin (RBV) was 75 per cent for genotypes 2 and 3, and 59 per cent for genotype 1. Thirty-seven genotype 1 participants were treated with either telaprevir or boceprevir, in combination with Peg-IFN and RBV, by the end of 2013. Treatment response was available for 21 of these, of whom 17 (81 per cent) achieved an SVR. All those who received at least 24 weeks of treatment (n=15) achieved an SVR.

The rapidly-shifting therapeutic landscape for HCV infection, with the arrival of new highly-effective drug regimens, of shorter duration and fewer side-effects, offers a more optimistic future for those who still have chronic infection, the report concludes.

The HSE used World Hepatitis Day earlier this (July 28) as a platform to urge anyone who may be at risk of HCV to seek help and get tested. World Hepatitis Day is one of only four international disease awareness days endorsed by the World Health Organisation and it also reminds healthcare professionals to consider testing patients who present with vague, long-lasting symptoms, such as being run down and tired, for HCV.

Prof Joe Barry, speaking on behalf of the HSE National Hepatitis C Implementation Committee, highlighted to the public that testing and effective treatments are available for HCV.

“Hepatitis C is often called ‘the silent pandemic’, partly because the virus takes so long to manifest itself in those infected. Spread largely by blood-to-blood contact, in about 15-to-30 per cent of cases, the body’s natural defences can eliminate the disease. The rest of those infected develop the chronic form of HCV. For most, however, this initially has no discernible symptoms, or non-specific ones such as general fatigue,” Prof Barry commented.

“Anyone who may have put themselves at risk of hepatitis C, either through current activities or due to a past lifestyle, should visit their GP and get tested. While the majority of hepatitis C infections are related to injecting drug use, hepatitis C can also be acquired by any blood-to-blood contact,” he noted.

“Diagnostic tests are now relatively simple and the treatments are getting better and better with time. To date in 2015, approximately 500 patients in Ireland with advanced liver disease as a result of hepatitis C have been approved for treatment using direct-acting antivirals (DAAs), which greatly improve outcomes for patients.”

The Department of Health allocated €30 million to the HSE in 2015 to support the National Hepatitis C Treatment Programme. It said this allocation is a significant commitment by the Irish healthcare system to ensure the continued provision of treatment to all persons in Ireland with HCV over the coming years.

Speaking late last year about supporting the HSE to provide early access to the new DAAs for HCV patients with the greatest clinical need, Minister for Health Leo Varadkar said: “I am very pleased that we can commence the use of these new medicines in Ireland.  These drugs  have  the  potential  to  bring  major benefits for patients  with  serious  illness as a result of HCV.”

As with other countries, Ireland must ensure that access to high-cost treatments such as DAAs is managed, in order to prioritise access for patients who can benefit most, while ensuring that the financing model is sustainable and affordable, he said. The aim is to provide access for as many patients as possible, within the resources provided by taxpayers.

For that reason, the Department of Health also set up an advisory group to consider a multi-annual approach to the clinical and public health management of HCV.

The HSE is finalising the appointment of a Hepatitis C Treatment Programme Clinical Lead and Programme Manager. This will ensure the continued roll-out of treatment to patients in Ireland with HCV, using the DAAs and the best treatment regimens to improve patients’ lives.

Speaking to the Medical Independent in late April, the Minister said he was impressed by the latest DAA treatment data from the Irish Hepatitis C Outcomes Research Network (ICORN).