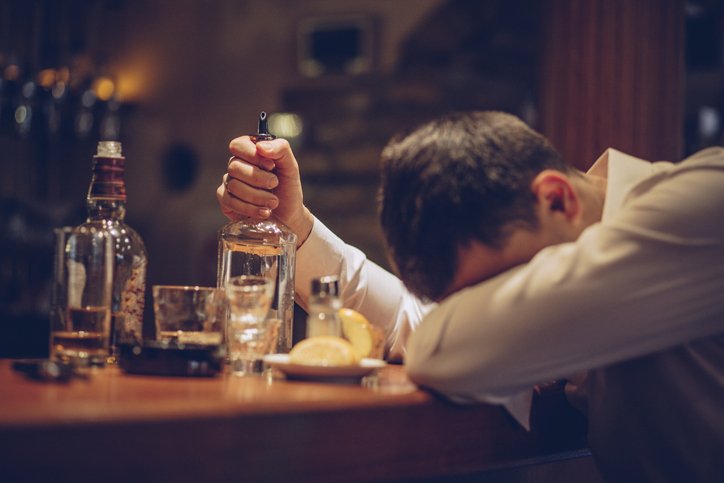 There follows a brief curiosity for the medical detectives among you, if you have not already heard of a similar case. It’s a diagnosis which for six years eluded a multidisciplinary team that included psychiatrists, neurologists and gastroenterologists, among others.

Case study: A 46-year-old US man with sudden onset of ‘brain fog’, uncharacteristically aggressive behaviour, a high blood-alcohol level (despite his denials that he had consumed any alcohol), memory loss and episodes of depression. He was previously healthy and was not on any medications, including complementary therapies, apart from a short course of antibiotics related to a thumb injury.

The man (height, 6’2’’, 230lbs; BMI, 30kg/m2) was arrested for driving under the influence of alcohol and despite his assertions that he had not consumed any alcohol, was treated with understandable scepticism by doctors and police, as his blood tests revealed a blood-alcohol level twice that of the legal limit for driving.

Following discharge, his symptoms persisted and subsequent tests showed complete blood count, comprehensive metabolic panel, immunology panel, and urinalysis were all normal. He was previously a light social drinker and had abstained completely following the thumb injury. Any initial thoughts?

Diagnosis: The exasperated man eventually turned to an online support group for people with similar unexplained symptoms. Armed with his own hypothesis, he returned to his doctors and one bright spark noted that before the thumb injury, he worked for a house restoration company and was often in contact with mould in the course of his work.

In short, and eventually, he was diagnosed with Auto-Brewery Syndrome (ABS). In this particular case, it was postulated that his symptoms were triggered by exposure to antibiotics, resulting in a change to his gastrointestinal microbiome, which allowed fungal overgrowth — he was essentially ‘brewing’ his own internally-produced alcohol supply.

Noting the complexity of this diagnosis, the authors stated: “In conclusion, it should be noted that the earliest symptoms of ABS may be mood changes, delirium, and brain fog rather than the medical manifestation of alcohol inebriation. A multidisciplinary approach with early psychiatrist involvement is suggested…. This is a condition that is treatable with dietary modifications, appropriate antifungal therapy, and possibly probiotics. The use of probiotics and faecal microbiota transplantation could be considered for future studies.”

This is of course a severely truncated version of the case history and diagnosis — for details on this fascinating case, go to BMJ Open Gastroenterology for the study, titled ‘Case report and literature review of auto-brewery syndrome: Probably an underdiagnosed medical condition’.

During the lockdowns of the past year, it’s inevitable that people are spending more time at home with their pets. Even for those who are essential workers, the cancellation of the calendar’s various conferences, or their migration to an online setting, means that the doctors, pharmacists, nurses, etc, of the world are probably in closer contact with their pets than ever.

If your pet of choice is a cat — although with cats, it’s usually them who make that decision — then a study from late last year in Scientific Reports may help you to build a greater rapport with your slinky sidekick purely through eye contact.

The study, artfully titled ‘The role of cat eye-narrowing movements in cat-human communication’, proposes that we can in fact ‘smile’ at cats via an eye-narrowing technique that the authors call a ‘slow-blink’ technique, which they say makes us more appealing to cats.

A total of 45 cats from a number of different households, and of both sexes, were involved in the research. PhD student and researcher on the study, Dr Tasmin Humphrey of the University of Essex, UK, pointed out the potentially practical implications of the work. “Understanding positive ways in which cats and humans interact can enhance public understanding of cats, improve feline welfare, and tell us more about the socio-cognitive abilities of this under-studied species.

“Our findings could potentially be used to assess the welfare of cats in a variety of settings, including veterinary practices and shelters,” she commented. As a dog person, I was interested to read that the study builds on previous research which showed that cats attract and indeed manipulate humans through a technique known as ‘solicitation purring’. It was also interesting to note that the slow-blink cat technique has parallels with the ‘Duchenne Smile’ in humans, as well as other species, so on the face of it, the research would seem to make sense.

I hope this new-found knowledge enhances your interpersonal experiences with your cat. I still don’t trust them.