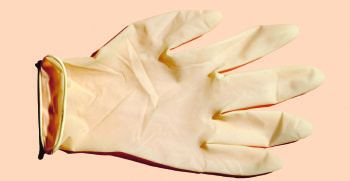 The Coroners (Amendment) Act 2019 (the ‘Act’) significantly enhances and modernises the powers available to coroners in the reporting, investigation and inquest into an increased range of reportable deaths.

Medical practitioners should be aware of the changes brought about by the Act and, in particular, the additional obligations introduced by this Act. This article sets out the key features of the Act and what this will mean in practice for the medical community.

The Act also seeks to comply with Ireland’s obligations under the European Convention on Human Rights. The Act, which was signed into law on 23 July 2019, was commenced by the Minster for Justice and Equality by Ministerial Orders in January and February 2020 and is now fully in force.

A: Medical practitioners who must report a death to the Coroner

•  Any medical practitioner, nurse or midwife who had responsibility for, or involvement in, the treatment or care of the deceased in the period immediately before death, or who was present at the death.

•  Any medical practitioner who examines the body of the deceased.

•  Any paramedic or advanced paramedic who had responsibility for, or involvement in, the treatment or care of the deceased in the period immediately before death, or who was present at the death.

The obligation on an individual, such as a medical practitioner, is discharged if the death is reported as soon as practicable to the gardaí.

B: Circumstances where mandatory reporting can be required for a medical practitioner

In addition to the new categories of mandatory reportable deaths described below, the Act restates the types of deaths where mandatory reporting was previously required, namely:

•  Deaths occurring in a violent or unnatural manner or by unfair means;

Unexpected deaths from an unknown cause or unexplained manner;

•  Deaths as a result of negligence, misconduct or malpractice on the part of others; and

•  Deaths which occurred in such circumstances as may in the public interest require investigation.

A significant amendment introduced by the Act relates to the type of deaths that must be reported to the Coroner, which medical practitioners should be aware of.  A medical practitioner described above can have a mandatory obligation to report following deaths:

i.  Maternal and late maternal deaths

The Act also introduces mandatory reporting and a requirement to hold an inquest in relation to a death occurring in State custody/detention. This includes Garda custody, prison and also individuals who are involuntarily detained under the Mental Health Act, 2001.

The Act makes the provisions of the original Act applicable to a stillborn child, and further, it provides for mandatory reporting of stillbirths, intrapartum deaths and infant deaths (within 365 days of birth). Where a medical certificate stating that the cause of death due to a natural cause or cause cannot be procured, the Coroner has broad powers to investigate the cause of death, including ordering a post-mortem and holding an inquest.

The Coroner is obliged to direct a post-mortem in a number of specified circumstances, which mirror the types of mandatory reportable deaths identified above. In all other cases, the Coroner has broad discretion whether to direct a post-mortem unless he/she has been requested in writing to do so by certain specified ranks of members of the gardaí, Defence Forces or officers of statutory bodies empowered to investigate deaths or a designated office of the Garda Ombudsman.

i.  Power to direct production of medical records

Significantly, the Act now allows the Coroner to direct a medical practitioner, nurse, midwife, hospital or health institution to provide medical records for a post-mortem. Such power is not limited to the district in which the Coroner holds office, and the Coroner can apply to the High Court to order compliance, if necessary. Medical practitioners should be aware of this power if they receive a records request following the death of a patient.

ii. Warrant to enter onto premises and inspect or seize evidence

The Act introduces a new mechanism for a Coroner to obtain a warrant to enter a premises to inspect, copy, take extracts from or seize documents/articles. In practice, this is unlikely to occur in the context of medical practitioners once a request for records was received and responded to.

The Act clarifies that the purpose of an inquest is to establish the identity of the deceased person, how, when and where the death occurred, and to the extent that the Coroner considers it necessary, the circumstances in which the death occurred. This clarification in the Act confirms that an inquest can be wider than simply establishing the cause of death. However, it remains the case that an inquest does result in findings on civil or criminal liability on a party such as a treating doctor.

i.  Notice of inquest

The Act provides that generally, the family of the deceased and any required witnesses will be given at least 14 days’ notice of the inquest. This will hopefully avoid medical practitioners being requested to attend an inquest at very short notice and can allow for practice arrangements to be made.

The Coroner has broad powers to make any direction deemed necessary for the proper conduct of an inquest, including directing the taking of an oath/affirmation by a witness, directing a witness to answer questions, and directing the production by any person of any document or article in their possession, power or control. We frequently advise medical practitioners on how best to provide evidence to the Coroner, in order to assist the inquest process.

If the Coroner is satisfied that a person who may be summonsed to give evidence or produce a document or article is likely to be absent from the State during the inquest, the Coroner can direct that the evidence be taken or the document/article produced at any time before the inquest.

As with providing evidence in any court, it is important for a medical practitioner to be fully truthful in their evidence. It is always acceptable to confirm that you do not know the answer to a particular question, or that it is outside your expertise. Under the Act, any person who knowingly gives false or misleading evidence will be guilty of an offence and can be liable on summary conviction to a fine of up to €5,000, a prison term of up to 12 months, or both.

Given the complex nature of some issues arising in inquests, Coroners in Ireland have long since relied upon expert evidence to assist with their inquiry into a death. The Act now provides that the Coroner has a statutory entitlement to seek expert advice for the purpose of the inquest.

The Act is a welcome modernisation of the law surrounding inquests. It is important for medical practitioners to be aware of their obligations under the Act, particularly in relation to mandatory reporting of deaths and compliance with directions issued by the Coroner. If you have any concerns or questions about the inquest process or your obligations, you should contact your indemnifier for assistance. Medisec frequently assists its members who are asked to prepare reports for the Coroner or to attend at an inquest to give evidence.