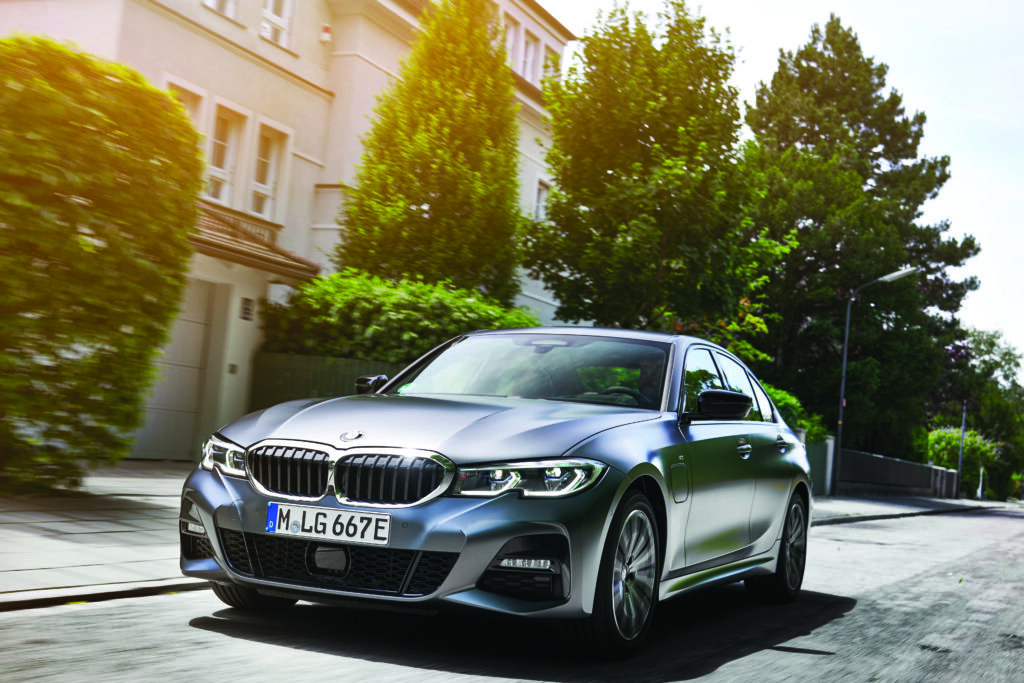 What if I told you that you could have it all? Your cake and eat it too. A four-door, family car that looks fresh and sporty; that’s a plug-in hybrid; that produces almost 300hp; that handles like a sporty coupe and all for (potentially) less than €50,000? Oh, and did I mention it’s a BMW? That ringing in your ears is not your alarm clock, this is not a dream; it’s the sound of your soul realising that perfection does exist. It is attainable and it’s called the BMW 330e.

I have driven and written about a lot of boring cars. The BMW 330e I tested for a week, however, is poetry in motion. I’ve owned two 3-Series, a 1994 e36 316 and a 2005 e46 318, and both were painfully slow, but very pretty. This new hybrid 330e is a very different beast, with its silent, torquey, electric city cruising, its mix-and-match dual carriageway driving and barnstorming motorway performance. All while looking great, being comfortable, and making the most of modern technology.

This new 330e is no slouch in the tech department, with a decent infotainment system and a cool satnav feature that plans your route and optimises your battery and engine usage to make the most of your fuel consumption for the given journey. It also has 360 cameras that also act as dashcams. The 330e is also packing a new Xtraboost system, which gives the driver an extra 40hp for 10 seconds when you floor it in sport mode. A delicious orchestra of fake engine note is also pumped into the cabin, added to the theatre of the Xtraboost.

Inside the car is beautifully finished with sporty, figure-hugging seats in the front and space for three six foot males to sit relatively comfortably in the back. There is a nice, central armrest back there, with cupholders, but a noticeable lack of USB charging points. In the front there is a range of digital information on the dash and on the infotainment system, which, if I’m honest, I found to be a little busy and cluttered. There are plenty of cupholders, a small glovebox, and whatever material the steering wheel was made out of felt like some manner of futuristic rubber. The boot is smaller than it should be because of the large battery and fuel tank and BMW rudely plonk two bags of cables in there too, with no cubby hole or something for them. The car handles very well for all the weight in the back, it accelerates beautifully, but the brakes can be a little jerky.

However, this car’s party piece is the tax breaks you could avail of that might bring the overall costs plummeting down. If the current Government doesn’t remove the SEAI grant for plug-in-hybrids you should be able to claim back €5,000 on the purchase of this car, not to mention the potential rebate on vehicle registration tax, which could take around €7,500 off the price of the car.

The model I tested started at €52,480 and if all the Government supports remain in place it could be yours for a relatively thrifty €44,980. I must note that my test model had a multitude of bells and whistles that put the final price up to €55,378, without the reductions. Class is timeless, as is the 3-Series. If you have babies the boot will be too small for your buggy etc. Otherwise, you should drop what you’re doing, go to the dealership and test drive this car immediately.