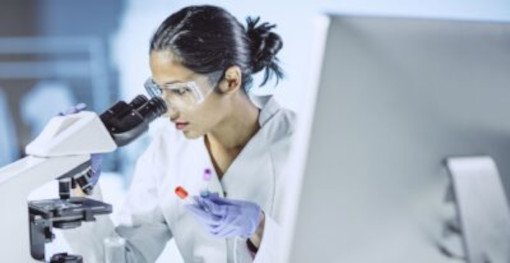 The anti-HER2 antibody trastuzumab given in combination with chemotherapy has significantly improved overall survival in patients with HER2-positive breast cancer and become the standard of care over the past decade. However, the cost can limit patient access to this treatment in regions with limited financial resources for healthcare.

“Trastuzumab is not widely accessible around the world due to its high cost. The entry of more affordable versions of trastuzumab such as HLX02 could open up treatment access,” said study first author Prof Binghe Xu, Department of Medical Oncology, Cancer Hospital Chinese Academy of Medical Sciences, Beijing, China.

The new study randomised women with HER2-positive breast cancer to HLX02, a fully humanised anti-HER2 that was developed in China as a trastuzumab biosimilar, or to reference trastuzumab sourced from the European Union.

“Overall response rate at week 24 was similar for HLX02 and reference trastuzumab with no statistical difference observed between the two treatment groups,” reported Prof Xu. The rates of adverse events and treatment emergent adverse events were similar for HLX02 and reference trastuzumab and there were no differences in safety profiles or immunogenicity.

“HLX02 is equally safe and effective as the reference trastuzumab and has been rigorously evaluated by regulatory authorities such as the European Medicines Agency (EMA), based on sound scientific principles,” said Prof Xu.

Commenting on the relevance of the new data, Dr Rosa Giuliani, Consultant Medical Oncologist, Clatterbridge Cancer Centre, Liverpool, UK, warned that access to cancer medicines is a huge problem throughout the world, applying to relatively inexpensive medicines but even more to more expensive drugs such as monoclonal antibodies. “A survey carried out by ESMO in 2016 and the subsequent follow-up study showed that many patients in different countries, including Europe, have difficulty in accessing cancer medicines. What is even more astonishing is that this includes medicines listed in the World Health Organisation’s (WHO) Essential Medicines List, such as trastuzumab. It is not acceptable that medicines which have shown to have a major impact on patients’ survival are not given to patients in need. Biosimilars are safe and effective drugs which can finally allow those patients to receive an appropriate standard of care.”

Continuing she said: “The development of biosimilars is important both for patients, by improving access to cancer drugs, and for health systems, allowing cost savings that can be re-invested in patient care and support the sustainability of healthcare systems.” She noted that other trastuzumab biosimilars have been approved in Europe so the potential approval of China-produced HLX02 would add a further option.

Dr Rebecca Dent, Head of Medical Oncology at the National Cancer Centre, Singapore, added: “As more biosimilar therapies are being developed there is also a need for vertical integration of the biomarkers that identify patients who will benefit.” For trastuzumab biosimilars this means ensuring access to HER2 status testing.

Reviewing the quality of the study design, Dr Dent considered it important that the clinical programme with HLX02 was developed in consultation with the EMA and the China National Medical Products Administration (NMPA). The interim results of the study have been submitted to the NMPA and EMA to support approval of HLX02 in China and Europe.

The phase 3 study randomised 649 women with HER2+ recurrent or previously untreated metastatic breast cancer to HLX02 or EU-sourced trastuzumab (EU-TZB) (dose of 8mg/kg for both drugs) with docetaxel on day one. Cycle 1 was followed by a dose of 6mg/kg in three-weekly cycles for up to 12 months. The women were recruited from 89 centres in China, the Philippines, Poland and Ukraine.

All secondary endpoints, including overall response rates at weeks six, 12 and 18, clinical benefit rate, disease control rate, duration of response, progression-free survival (PFS) and overall survival (OS) at week 24 were similar for HLX02 and EU-TZB. The disease control rate was 83.0 per cent in the HLX02 group and 84.3 per cent in the reference trastuzumab group (p=0.646). The median PFS with HLX02 was 11.7 months compared to 9.69 months with trastuzumab (p=0.079).

“This is the first study in 11 years to show an improvement in survival with a new first-line treatment option compared to sorafenib, which has been the standard of care throughout this time,” said study first author Prof Ann-Lii Cheng, Director of the National Taiwan University Cancer Centre, Taipei, Taiwan. “Atezolizumab plus bevacizumab has the potential to be a practice-changing treatment option in hepatocellular carcinoma.”

Unresectable HCC is currently a major challenge in countries with a high prevalence of this cancer. Most patients in countries without screening programmes present with unresectable or advanced HCC because of the late appearance of symptoms, resulting in a very high mortality rate (almost 80 per cent).

“Despite many studies over the past 11 years, we have been unable to find any better treatment option. This has been very frustrating because sorafenib has a response rate of around 10 per cent and is associated with severe side effects,” Prof Cheng explained.

The phase 3 IMbrave150 study randomised patients with unresectable HCC to a combination of atezolizumab plus bevacizumab or sorafenib. Atezolizumab reactivates the immune response to tumour cells while bevacizumab stops tumours growing new blood vessels to obtain nutrients and oxygen, but also helps upregulate host immunity to fight against cancer.

Results showed statistically and clinically meaningful improvement in the co-primary endpoints of OS and PFS in patients treated with atezolizumab plus bevacizumab compared to those treated with sorafenib.

Commenting on the findings, Dr Ian Chau, Consultant Medical Oncologist at the Royal Marsden Hospital, London, UK, said: “This is the first time a novel treatment has shown a survival benefit compared to the current standard of care. The results are very encouraging and there is a strong possibility this drug combination will be approved by regulatory authorities and be incorporated into international guidelines for advanced HCC.”

Dr Angela Lamarca, Consultant Medical Oncologist at the Christie NHS Foundation Trust, Manchester, UK, agreed: “I think this is a breakthrough and based on the results, the combination of atezolizumab plus bevacizumab could become the new standard of care.”

Dr Lamarca added: “The results are clinically meaningful in the setting of advanced HCC, as well as statistically significant. The delayed deterioration in quality-of-life is also important – patients are living longer and their quality-of-life is better.”

She considered the study was well-designed, with several strengths including its large sample size, with just over 500 patients, the use of a combination endpoint of PFS and OS, assessment of response/progression by a central reviewer and analysis based on the intention-to-treat population.

Dr Lamarca also noted that the median follow-up of 8.6 months is relatively short, with the median OS for atezolizumab plus bevacizumab not yet reached. Dr Chau agreed, noting that the improvement in OS is currently based on relatively immature data, with longer follow-up needed to confirm the magnitude of the OS benefit.

Looking to the future, Dr Chau said: “The combination of atezolizumab plus bevacizumab will be very useful to patients with advanced HCC as a new systemic therapy, but with the high cost of immunotherapy and anti-angiogenic agents, it will also be important that those drugs are accessible to patients.”

The phase 3 IMbrave150 study randomised 501 patients with unresectable HCC on a 2:1 basis to atezolizumab (1200mg IV every three weeks) plus bevacizumab (15mg/kg IV every three weeks) or sorafenib (400mg twice daily). The patients continued with their assigned treatment until unacceptable toxicity or loss of clinical benefit as judged by study investigators.

Overall response rate was more than twice as high with atezolizumab plus bevacizumab compared to sorafenib (27 per cent vs 12 per cent, p<0.0001) based on independent assessment using RECIST 1.1 criteria and similarly increased using HCC mRECIST criteria (33 per cent vs 13 per cent, p<0.0001). Atezolizumab plus bevacizumab delayed deterioration in quality-of-life compared to sorafenib.