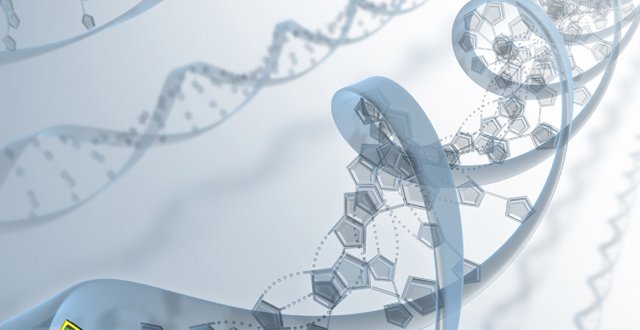 The death of Northern Ireland politician Martin McGuinness from amyloidosis in 2017 highlighted how local genetic patterns can inform population risk.

Amyloidosis is a rare disease caused by a genetic mutation that is relatively common in Ireland’s north-west, where prevalence is over 1 per cent. However, Prof John Greally, an Irish geneticist at Albert Einstein College of Medicine, New York, US, says there are many unknowns regarding predisposition of the Irish population to various other diseases.

Prof Greally is among a number of clinicians and scientists leading efforts to establish an Irish genome project. He says this resource would provide vital insights into disease risks locally and nationally.

“Nationally, we can figure out what is actually our national burden of haemochromatosis, cystic fibrosis, galactosemia, and all of these other conditions. That would allow us to understand what we are predisposed to as a nation, some of which we’d only really start to pick up once we looked at the DNA. We probably don’t realise all the genetic diseases to which we are predisposed,” he tells the Medical Independent (MI).

There is an early opportunity to create a genetic test based on microarray technology, according to Prof Greally.

“And what we’d be able to do then is have it so that if a general practitioner had a patient who was starting on say, warfarin, one of those medications where your genetic background can actually predict whether you are going to have an idiosyncratic reaction to the drug. They could do a pharmacogenomics profiling, as we call it, to see if a person has an unusual DNA sequence that says they are just not going to metabolise the drug effectively, or whatever [the situation] might be.”

This would help to reduce medication-related complications, outlines Prof Greally. A tube for saliva collection would be required for a microarray; this could then be posted to the testing service, where the equipment for microarray assays would be located, and results returned to the GP, like any other lab test.

“There are all these DNA sequences that help to predict our risk of developing things like diabetes and so on,” continues Prof Greally. “For example, for somebody who is gaining a bit of weight in their 20s and 30s, the GP may say ‘look, I want to see whether you are really at risk of this as we now want to do something more aggressive with you in terms of lifestyle intervention before you develop a real problem with your blood sugar’.”

This could be introduced in the short-term and bring notable health benefits, he says.

Prof Greally also points to the economic potential of the area. He says many countries are pursuing genome projects because the “return seems to be immense”.

“It is very difficult to predict what an Irish genome project would generate in terms of economic reward, but it is likely it would be a revenue generator in a very significant way.”

He says the work of Dr Gianpiero Cavalleri, Associate Professor in Human Genetics, RCSI, suggests that the population of Ireland is very homogenous and this presents advantages in respect of genetic surveying.

“We are what is called a ‘founder effect population’. In populations like ours, it is actually quite easy to find genetic risk genes for human diseases. So, I would see a lot of the big pharma companies, genomics companies, etc, coming into the Irish space and starting to hunt for a gene that could be causing human diseases, with the idea that if they could find it in Ireland, then there are 40 million Americans that this information could be applied to and it could be a very interesting market for them.”

A “good sampling” of the country would be required. “We want to sample enough people and as diversely as possible. The number we are talking about is of the order of 10,000 individuals… In the short term, you don’t need to find people with genetic diseases, you don’t need to find every diabetic in the country; you just want to have 10,000 people who represent the population.”

A number of potential sources will be explored in terms of the sampling exercise, including Dr Cavalleri’s Irish DNA atlas study and The Irish Longitudinal Study on Ageing (TILDA) led by Prof Rose Anne Kenny at Trinity College Dublin.

There would not be return results about individual risk in the first-phase, national, public genome project, says Prof Greally, and this would be made clear in the consent obtained. “The purpose of sequencing 10,000 people is to collect information about the group, providing the foundation for testing and counselling of individuals in a follow-up phase,” he explains.

It is likely that multiple sources of funding would be utilised to establish the project, including US philanthropy, according to Prof Greally.

“A phase 1 project where we generate a useful resource that would allow us to develop some good first-phase insights would [cost] €3-to-5 million… After that, it depends on the scope of what we think we want to do.”

A national biobank, for example, could be established to facilitate future large-scale studies. “But it depends on whether you want to have a biobank for 100,000 samples or one million samples; there are some scale issues there.”

The genome project would help build key information on the overall burden of disease in the population, including adult-onset conditions, he emphasises.

For example, while it is known that haemochromatosis is common in Ireland, its exact prevalence is not well understood. “If we knew in advance that somebody had defective copies of the haemochromatosis gene, and we were able to say to them ‘you can’t drink that much’, people are going to live more healthily and longer and there will be reduction in burden on healthcare services, because of the fact you don’t have to do a liver transplant on this individual… ”

A recent letter to The Irish Times, co-signed by Prof Greally, also underlined that a genome project would assist governments to “predict with more accuracy how much money they would have to spend on valuable but costly treatments, like Orkambi [lumacaftor/ivacaftor] for cystic fibrosis.

“And that is only the tip of the iceberg,” Prof Greally tells MI. “There are drugs being developed every week, it seems… [for] cancers in particular. And they are related to whether somebody has a genetic mutation that will make them respond to that drug. We have to have the capability of knowing whether the Irish population is a population in which a certain drug is going to be more or less effective — again, that is one of the economic opportunities because then the drug-makers come into the country and want to study the population and identify the new mutations and it becomes job-creating… while improving the population’s heath.”

However, perhaps more than ever before, there is global concern over how people’s data is used by third parties.

“What we like as the model for how we’d do an Irish genome project is, the data are not owned by a university, healthcare system or the Government… the data are actually owned by the person who got sequenced.” In this model, the project would seek permission to be the first entity to analyse the data and consent would be required in respect of any party seeking to examine the information.

Prof Greally says the model used in the past involved data sitting on a server at university, health system or government level, “and you don’t feel as confident that you know what is happening with the data — and I think that is a legitimate concern.”

The letter to The Irish Times has begun to spark debate on the potential of an Irish genome project, says Prof Greally, and there will be continued engagement with medical colleagues and policy-makers in Ireland.