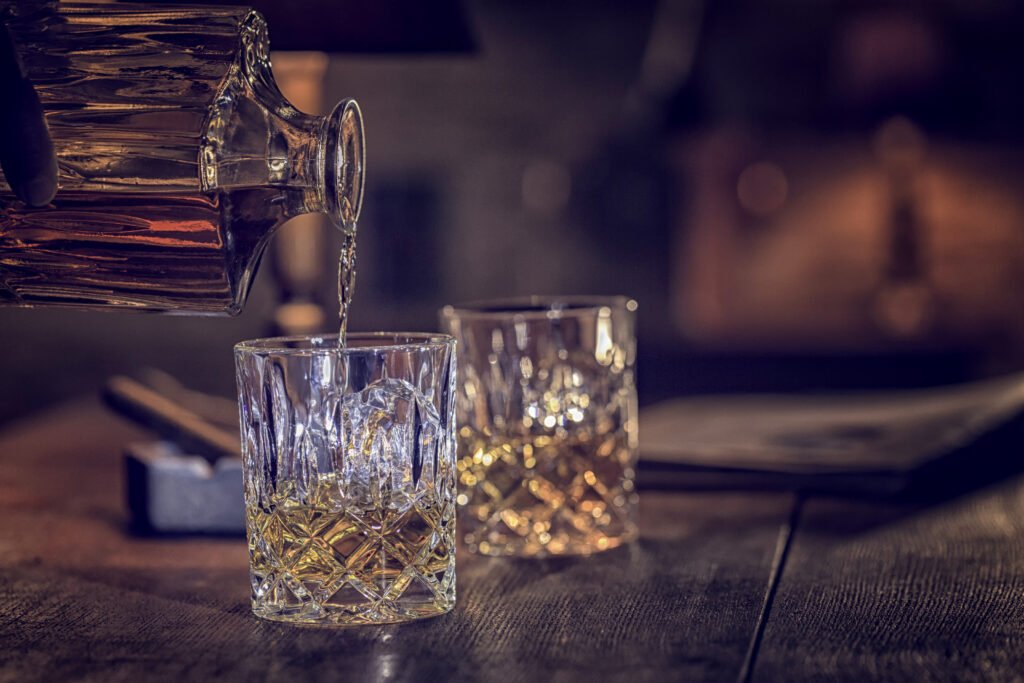 Thanks to the vision of Groupe Pernod-Ricard back in the 1980s, Irish whiskey was saved from virtual extinction and is now one of the fastest growing drinks sectors in the world. They put Jameson front and centre of their push to make Irish whiskey an international phenomenon rather than a fusty curiosity. And now, whiskey brands, as distinct from distilleries, are popping up all over the place, most of the buying whiskey, sticking a carefully designed label on the bottle and being rather evasive about where the stuff is made.

There are some great exceptions, of course. I was there to see the first drops of new-make spirit trickle from the stills at the Dingle Distillery back in 2012. The brainchild of the late Oliver Hughes, it was the first purpose-built whiskey distillery in Ireland and had just launched its first core single malt whiskey. It’s a snip at €55 in a world where you will be expected to pay that amount for a gin that can be distilled today and sold tomorrow.

Making whiskey, ageing whiskey and the process of blending and marrying whiskeys is a highly skilled business and it takes a lot of time and a huge amount of money before investors see any return. It’s not a business for the faint-hearted. Into the Irish whiskey industry, like a breath of fresh air, came a rather iconoclastic Englishman. He has been shaking things up ever since and offers us an alternative view of how we should approach the whole idea of turning barley into spirit.

Since leaving the fine wine trade into which he was born, Mark Reynier has been shaking things up in the spirits business, initially at Bruichladdich on Islay, latterly in Ireland and Grenada. Doubly an outsider on Islay, as an Englishman and a Catholic, he took on the mothballed distillery and set about increasing the amount of island-grown barley used (80 per cent of barley used for Scotch is from the Ukraine, he tells me) he was challenged by both local conservatism and a cruelly short growing season.

However, he succeeded in giving this Islay malt a greater sense of place, introduced ‘The Botanist’, an outstanding gin, and in time sold, with his fellow investors, to Remy-Cointreau. At this “what next?” point, he recalled being told by Bruichladdich’s engineer that the best barley ever seen being unloaded on the quayside at Port Ellen had been shipped from the port of Waterford.

When the state-of-the-art Diageo brewery in Waterford City closed, his company was able to buy the €40 million facility for a bargain €7.2 million in 2014 and, as he says, “a brewery is half a distillery”. After all, what is whiskey but beer that has been distilled? It was, indeed, a distillery exactly a year later. Having “followed the barley”, Reynier was not going to jump on the Irish whiskey renaissance bandwagon – most of the 100-plus “brands” come from three distilleries, and even the ones that distil their own whiskey are obsessed with finishing in various woods rather than barley.

Combinations of wood finishes – sherry, port, madeira, bourbon, even stout, cabernet sauvignon, and Château Leoville-Barton – take precedence over what is actually distilled. And sure, if it ain’t broke, don’t fix it; it seems to work and consumers lap the stuff up, even the exclusive stuff. Midleton Very Rare is just that, and hard to get. But Mark Reynier’s vision is different; his experience of Burgundy and Bordeaux meant that he had a sense of terroir, the influence of soil, climate, and geography on wine. Why not terroir and barley?

The results are Waterford Distillery’s single farm origin whiskeys, the barley malted and distilled separately, each as distinctive as a fingerprint, some subtly so, others obviously.

“Take Chateau Latour,” Reynier says, referring to one of fabulously expensive first growths of Bordeaux. “They vinify dozens of vineyard plots separately and then assemble the final grand vin. That’s what we’re doing in Waterford to create a whiskey with maximum complexity.”

Starting with 40 farms, they have now distilled from 100 and have just assembled their Grande Cuvée. “Whiskey is the most flavoursome spirit,” says Reynier. “It has 2,000 flavour compounds, 45 of them really significant. 50 per cent of them are influenced by terroir. It strikes me as madness to ignore it.” By contrast with his experience on Islay, Mark Reynier says that Waterford welcomed him with open arms and a can-do attitude.

“It’s great to watch farmers here at the distillery argue the finer points of their barley. The mainstream is all about finishes. The next big thing is terroir,” he says.

Well, I have tasted this future, and it works. The Lakefield Single Farm Origin is distilled from malted barley grown near Durrow in Co Laois. Complex, spicy, minerally, brilliantly pure, it owes its character to the clay soil of those particular fields. The Hook Head version, where the barley was grown on rapidly draining sandy soul in South Wexford, was made in exactly the same way, but the character is completely different: Ripe, round, warm, and fruity. And it’s all down to terroir.

This, of course, is only the beginning. It will be fascinating to see how Mark Reynier’s whiskeys age – they are all comparatively young at this stage, but quite ready to drink with considerable pleasure. Always happy to plough his own furrow he defies the conservatives and the purists even in the manner in which he drinks his own whiskey. Half-and-half with water. I’ve tried this too, and once again, it works. Mark Reynier’s Single Farm Origin Whiskeys are available from many good retailers including the Celtic Whiskey Shop and Ardkeen Stores in Waterford itself.

Another man who resolutely ploughs his own furrow is David Whelehan of Whelehans Wines, in what used to be The Silver Tassie in Loughlinstown. Now that summer’s here, my thoughts turn to the red wines of the Loire and their showcasing of the Cabernet Franc grape, their vibrant acidity, vivid fruit, and grippy tannins. Food wines in every sense and David’s direct-import Domaine Filliatreau Saumur-Champigny ‘Lena Filliatreau’ 2018 (€17, sale price) is a juicily delicious example at a very keen price.