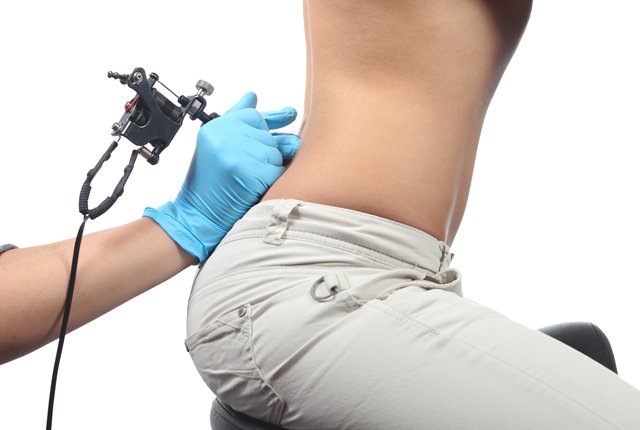 As that well-known tattooist René Descartes once remarked, “I ink, therefore I am”. I was once ‘inked’ with a map of Kazakhstan when a pen leaked into my shirt pocket. It was a short-lived adornment, but if you’d like a permanent map of Kazakhstan, or a chipmunk on a unicycle, or any image you like, get along to the Fourth Kerry International Tattoo Convention (3 June); or the Waterford City Tattoo Convention (10 June).

There you will see skilled tattooists, illustrated men, illustrated women and − central to the whole shebang – lots of coloured inks. Which is where the question posed by the Nazi Christian Szell to Babe in the film Marathon Man (1976) arises: “Is it safe?”

In the absence of any legislation in Ireland regulating body piercing or tattooing, I turned to the Tattoo Ink Manufacturers of Europe (TIME) for inky insight. What their website www.time-online.eu revealed hardly bolstered my confidence in the quality and/or sterility of any ink that any tattooist might inject into anybody’s skin any time, anywhere.

… but more worrying is that apparently sane individuals are prepared to risk having carcinogenic aromatic amines and “hygienic alarming” germs that “can lead to death in extreme case” pumped into their skin. In fact, more than 100 million people in Europe have one or more tattoos…

TIME advises that its website is still under construction – along with its use of English, one might add − but more worrying is that apparently sane individuals are prepared to risk having carcinogenic aromatic amines and “hygienic alarming” germs that “can lead to death in extreme case” pumped into their skin. In fact, more than 100 million people in Europe have one or more tattoos, although up to half of tattooed individuals later regret their decision to get inked. I learned this from Laux et al, who reported in The Lancet (2016, 387: 395−402) on the outcome of a 2013 conference on tattoo safety held in Berlin.

With around 1mg of ink injected into every square cm of tattoo, TIME’s disclosure leads me to infer that anyone getting a tattoo also runs the risk of getting anything from a course of antibiotics to a liver transplant. This does not seem to me to be unduly alarmist. Laux et al note that up to five per cent of tattooed individuals succumb to tattoo-related bacterial infections. And Høgsberg et al reported in the Journal of the European Academy of Dermatology and Venereology (2013, 27: 73−80) that 11 per cent of 58 unopened commonly used inks from 13 different manufacturers were contaminated with bacteria.

But bacteria are only one of a host of bugs that can’t wait to get acquainted with tattooed skin. For example, in ‘Medical Complications of Tattoos: A Comprehensive Review’, Islam et al, writing in Clinical Reviews of Allergy and Immunology (first online 3 March 2016) note that several cases of tattoo-associated human papilloma virus (HPV) lesions have been reported, with the HPV source variously “… attributed to the ink, contamination of the apparatus, saliva of the operator, or pre-existing involvement in the tattooed skin”.

While The Girl With the Dragon Tattoo (2009) portrayed by Stieg Larsson had greater concerns than post-inking complications, “The lady with the dragon tattoo” described by Beirne et al in the Irish Journal of Medical Science (first online 9 March 2016) presented in Dublin with a five-week history of tenderness in the black-inked parts of a tattooed area depicting a dragon. Her biopsied skin was found to host “… multiple dermal non-caseating granulomata with associated tattoo ink”, and the 35-year-old was diagnosed with systemic sarcoidosis, the symptoms of which improved with conservative management.

But from black ink in Dublin to red ink in Galway, where Joyce et al describe in Archives of Plastic Surgery (2015, 42: 475−477) the first reported case of a ‘Malignant Melanoma Arising in Red Tattoo Ink’ in a multi-coloured tattoo on a 33-year-old male. The authors speculate on possible explanations, including “… a pre-existing lesion which was seeded with red ink or the possibility of the red ink causing an inflammatory reaction leading to malignant transformation”.

European regulation of tattoo ink is poor, with Laux et al pointing out, for example, that Switzerland has had legal restrictions on inks since 2006, yet a 2011 survey found that 37 per cent of 167 inks tested failed to comply with regulations.

This brings us to the tricky problem of freedom in a liberal democracy. In his The Devil’s Dictionary (Penguin), Ambrose Bierce defines freedom as exemption from the stress of authority. I guess there are not only many tattooists and tattoo ink suppliers who would claim such an exemption – “it’s a free country, innit?” − but also quite a few individuals who are prepared to court the risk of having carcinogenic aromatic amines, possibly contaminated, according to TIME, with “… germs, that are classified as hygienic alarming [sic] by authorities”, dumped in their epidermis.

A liberal democracy is best preserved by governments enforcing laws that recognise the difference between freedom in a society and a society which is a free-for-all. The present-day tattoo industry is an unregulated free-for-all.