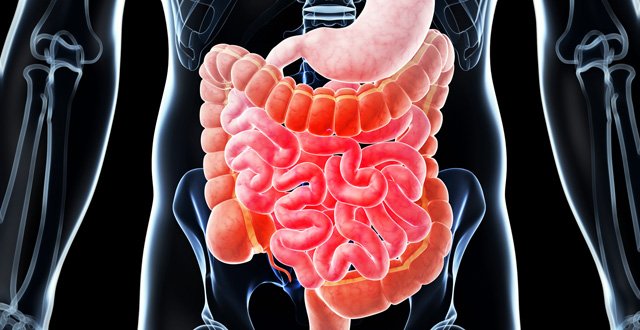 There has been significant improvement in the treatment of ulcerative colitis (UC) and inflammatory bowel disease (IBD), but at most, only 60 per cent of IBD patients respond to the most advanced treatment. This leaves an unmet need and the requirement to discover new treatments. The hope is that precision medicine using biomarkers, biochemical and genetic, may in the future better identify those patients that respond to specific treatments.

UC is twice as common as Crohn’s disease. UC’s incidence in Ireland of 15-to-16 people per 100,000 is one of the highest recorded anywhere in the world. The features of UC include bloody diarrhoea, particularly nocturnal symptoms, as well as constitutional symptoms related to anaemia. The disease also has extra-intestinal manifestations when it is active, which can affect joints, skin, eyes and the liver.

The disease is classified according to the extent of its involvement in the colon; it is continuous in its distribution and is usually at a maximum in the rectum. If UC affects the rectum only it is called a proctitis and if it extends to the sigmoid colon it is known as proctosigmoid colitis. Left-sided colitis can cause effects up to the splenic flexure, while, if it extends beyond the splenic flexure, it is called extensive colitis. Finally, if the disease is affecting all of the colon it is labelled a pancolitis.

Disease severity can be assessed by the patient’s symptoms. For example, two-to-three bowel motions per day indicates mild disease, three-to-six suggests moderate disease and above six bowel motions is considered severe. These bowel motions can contain blood and mucus and if more than 50 per cent of the bowel motions have blood it is regarded as severe disease. Other distressing symptoms include nocturnal diarrhoea which interupts the patient’s sleep, faecal urgency and incontinence, while extra-intestinal manifestations are present in active disease.

Patients with Crohn’s disease and UC have an increased risk of colorectal cancer and screening protocols are in place to prevent and detect early signs of this cancer. It is recommended that 10 years  after diagnosis, a colonoscopy be performed to assess the extent and severity of disease. Depending on the colonoscopic findings, patients are placed into the categories of low, intermediate and high risk of developing colorectal cancer.

There is a high demand on colonoscopy services, especially since the advent of screening for colorectal cancer; however, it also plays an integral part in the management of patients with IBD.  Surrogate markers of inflammation in the blood are used, such as the erythrocyte sedimenation rate (ESR), the c-reactive protein (CRP). Stool calprotectin tests, an enzyme secreted by white cells and which is raised in inflammation, are also used but these are not as accurate as mucosal assessment.

The treatment algorithm is a pyramid starting with the mildest form of anti-inflammatory drugs aimed at mucosal healing; these are sulphasalazine, mesalazine, olsalazine or balsalazide. The next step up is glucocorticoids, which can be given intravenously, orally or rectally. Budesonide, which can be given in an extended release form, reduces the side-effects of conventional steroids as it is absorbed and rapidly excreted by first-pass metabolism.

The next treatment step if the patient fails to respond to the above treatment or if the patient frequently relapses is the use of immunomodulators, thiopurines (6 mercaptopurine (6-MP) and azathioprine) and methotrexate. Thiopurines are favoured by gastroenterologists over methotrexate as they are less toxic and can be continued through pregnancy. Thiopurines can cause myelosuppression and this is enhanced if serum thiopurine methyl transferase levels are low. Serum thiopurine methyl can be measured in the serum. If the level is low or absent, the administration of thiopurines can be dangerous. If levels are intermediate, dosing should be reduced and when levels are adequate dosing can be maximised early, expediting the attainment of adequate levels.

Biological agents are used if the above treatments have failed and these represent a significant breakthrough. Anti-tumour necrosis factor (TNF) agents such as infliximab, adalimumab and golimumab have all been used in severe cases of UC. Infliximab, when introduced in the acute phased following the failure of hydrocortisone, can produce dramatic results.

These biological agents are usually continued to maintain remission. If the patient becomes symptomatic, it is important to consider whether the patient is receiving adequate doses. This is assessed by monitoring trough and antibody levels. If they are sub-therapeutic, the dose should be increased, and if adequate the patient should be switched to another biological agent.

Calcineurin inhibitors (cyclosporine) have been used to treat moderate and severely active ulcerative colitis.  A small randomised placebo-controlled study revealed the efficacy of cyclosporine in treating hospitalised patients with severe corticosteroid-refractory ulcerative colitis. Cyclosporine had become the primary approach in hospitalised corticosteroid refractory UC until it was shown that infliximab therapy was effective in this patient population.

The study comparing cyclosporine to infliximab in moderate to severely active UC reported similar outcomes. The relative ease of infliximab use to that of cyclosporine and its lower toxicity profile has made infliximab a favoured option over calcineurin inhibitors in severely active ulcerative colitis. In acutely ill patients, it is important to have surgical involvement as they may require a colectomy if they fail to respond.

There has been significant improvement in the treatment of IBD, but at most only 60 per cent of patients respond to the most advanced treatment; this leaves an unmet need and requirement to discover new treatments. Precision medicine using biomarkers – biochemical and genetic – may identify patients that respond to specific treatments.

There is a need for increased awareness of IBD. Patients with symptoms should be adequately investigated so that treatment can be initiated early and prevent extension and severity of the disease. The aim of treatment should be to restore the patient to full health so they can achieve their economic and social goals.

There is an urgent need to have adequate numbers of gastroenterologists and IBD nurse specialists available to manage this complex disease.

The European Crohn’s and Colitis Organisation (ECCO) held its 2011 annual meeting in Dublin to coincide with the tercentenary of Trinity Medical School and this conference attracted over 5,000 attendees. ECCO advocates for patients, nurses and gastroenterologists working in the field.

The Organisation has developed guidelines on who, when and how to treat patients. It provides education programmes for trainees, support programmes for patients and lobbies at national and international level for improved services for patients with the condition. One of the initiatives is to have a pan-European registry monitoring patients long-term to determine if their treatment has any adverse effects in terms of infection or malignancy. This will be very useful as most long-term drug trials assessing efficacy last only one year.

The Irish Society for Colitis and Crohn’s Disease (ISCC) estimates that at least 20,000 people in Ireland are living with IBD. There were 5.9 new cases of Crohn’s disease in Ireland per 100,000 population in 2011, and 14.9 new cases of ulcerative colitis (UC), according to the Society. In Ireland, the incidence of UC is higher in adults, while the incidence of Crohn’s disease is higher in children.

Patients can be diagnosed at any age, even as young as one year old, but the peak age of diagnosis is between 15 and 35 years. There is a second smaller peak of diagnosis in people aged between their 50s and 70s.

UC affects both sexes equally. It is more common among white people of European descent. The condition is much less common in the Asia-Pacific region. The reasons for these differences are unclear but may point to an environmental or genetic cause.

In some cases where the colon is affected, it is not clear whether a patient has Crohn’s disease or UC, according to the Society. In these cases, the disease is described as indeterminate colitis or IBDu; this only accounts for 2-to-5 per cent of cases overall.

There is another less well known form of colitis called microscopic colitis, where the lining of the colon appears normal, unlike the situation with ulcerative colitis where inflammation is observed. It is important that biopsies are taken at colonoscopy when patients present with diarrhoea, as the mucosa may appear normal to the naked eye.

Microscopic colitis can be subdivided further into collagenous colitis and lymphocytic colitis. The main symptom of both forms of microscopic colitis diagnosed by biopsy is watery diarrhoea. The majority of cases of this condition occur among middle-aged and older women. It is an idiopathic disease and usually responds well to treatment.

The outlook for most people with UC is usually quite good. The symptoms are often mild to moderate and can be controlled with medication.

However, an estimated one-in-five people with UC have severe symptoms that respond less well to medication and in these cases it may be necessary to surgically remove the colon.