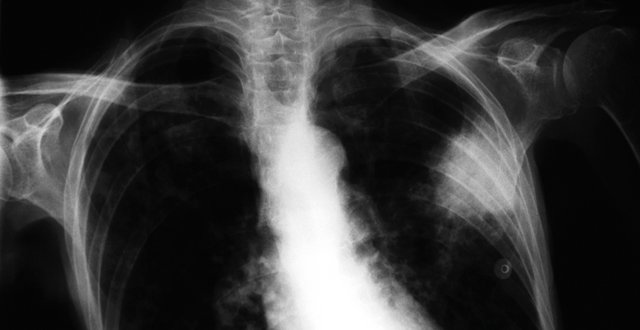 Lung cancer is the most common cause of cancer-related death in both men and women in Ireland, representing 24 per cent and 18 per cent of cancer deaths respectively, and accounting for over 1,800 deaths per year, according to the most recent figures from the National Cancer Registry Ireland.

The disease is typically diagnosed at a late stage and research efforts in recent years have focused on the development of life-extending therapies that can be administered in patients with inoperable disease, or in those exhibiting resistance to chemotherapy or radiotherapy.

A number of promising new drugs have been developed and tested in clinical trials in this setting, mostly targeted therapies that exhibit anti-cancer effects in tumours with particular genetic abnormalities. Recently-published Irish research has identified an exciting new drug combination that could benefit lung cancer patients in the future.

While much research and media interest has focused on cancer-driving mutations such as these, it is worth noting that other aberrations, such as variation in gene copy numbers and translocations between genes and post-translational modifications can also occur in a proportion of cells within a tumour.

These various kinds of aberrant genes and pathways that lead to the development and progression of cancer are obvious targets for inhibition. Thus, the design of drugs that will selectively block these oncogenic varieties while sparing their normal counterparts seems like the ideal strategy to annihilate these rogue cells. However, there is no guarantee that only the oncogenic variant is druggable, and like all targeted therapies, the cancer cell will eventually activate alternative signalling pathways to evade these targeted inhibitors. Targeted therapies, as such, offer robust initial responses, but sooner or later drug resistance will occur.

The future of treatment for late-stage lung cancer will likely involve treatment with one drug or drug combination followed by another, then another, with repeat biopsies or blood tests to identify the emergence of each new driving signalling pathway. Continued monitoring of the changing tumour environment will allow for the identification of which drug or drug combination should be used next to best combat the latest driving pathway.

This data, although not randomised and patients had diverse tumour types and a median of five prior therapies, is extremely encouraging and represents a promising future for targeted therapies. Today, targeted therapies for lung cancer are becoming standard, with EGFR and ALK targeting agents in particular being widely used in patients with relevant genetic aberrations.

Irish Cancer Society-funded research that we have carried out on lung cancer at Trinity College Dublin and St James’s Hospital, Dublin, has revolved around targeting phosphatidylinositol 3-kinases (PI3Ks).

These genes were discovered by Lewis Cantley and colleagues, who first published on their association with the polyoma middle T protein in 1985. PI3Ks have since been shown to be enzymes that potentiate signals inducing cells to grow, differentiate, proliferate and help with survival, motility and intracellular trafficking, all of which are key processes in the development and progression of cancer. As such, these enzymes are strongly implicated in the development of malignant behaviour and have been studied extensively in oncology. Aberrations in the PI3K pathway have been implicated in lung tumourigenesis, with mutations, amplifications and epigenetic alterations reported at various points in the cascade. Specific targeting of strategic signalling molecules involved in this pathway has been investigated as a potential therapeutic intervention strategy for several cancers. Specific inhibitors of PI3K and downstream mediators mTOR, AKT and NFκB have all been investigated in the laboratory and clinical setting for effectiveness in NSCLC, with more recent strategies involving a combined treatment approach, or second-line treatment with these targeted inhibitors following progression on chemotherapy regimens.

Phase 1 studies investigating the safety and tolerability of PI3K inhibitors have highlighted a number of side-effects associated with this form of targeted therapy. Common gastrointestinal toxicities include diarrhoea, nausea and vomiting. Rash and hyperglycaemia have also been reported in patients treated with PI3K inhibitors, as well as mood changes due to the ability of these compounds to cross the blood-brain barrier.

As such, it would be ideal to combine PI3K inhibitors with other targeted therapies so that reduced doses or intermittent dosing schedules could be utilised.

The RAS protein super-family plays an important role in lung carcinogenesis and the maintenance of the malignant phenotype, with KRAS and BRAF being frequently mutated in NSCLC. It has been reported that one or other of KRAS and BRAF are mutated in 50 per cent of NSCLC cases. With the RAS-RAF-MEK signalling cascade enabling cancer cells to grow, divide and survive, as well as undergoing cross-talk with the PI3K through numerous points of convergence, there has been significant interest in developing methods of ‘switching-off’ the pathway in cancers, including NSCLC. A paper published in 2009 identified a robust increase in cell death and tumour shrinkage upon combined blockade of both of the PI3K and MEK pathways simultaneously, with further cell line and animal model data showing promise for this approach.

I recently published a paper in Oncotarget under the supervision of Dr Kathy Gately and funded by the Irish Cancer Society, which identified a synergistic response to PI3K and MEK co-targeted inhibition in lung cancer cell lines. The drugs that we combined are each in clinical trials alone for cancers, including lung cancer, and we believe that our data warrants a clinical trial to be carried out combining the two therapies.

As mentioned previously, we believe that the future of lung cancer treatment lies in providing one targeted therapeutic strategy followed by another, responding in real time to the development of resistance. As such, it is important to investigate the mechanisms behind this resistance and how best we can overcome it. We have developed cell line models of resistance to PI3K inhibition by exposing lung cancer cells to PI3K inhibitors over an extended period of time, until the cells stop responding to the drug. We found it took a few months for this resistance to develop and we have characterised the molecular mechanisms in-depth and presented our findings, including an miRNA signature of resistance, at the World Conference on Lung Cancer, as well as meetings at the American Association of Cancer Research and the European Society of Medical Oncology.

We also published findings in Cancer Biology and Therapy showing that the PI3K pathway plays a role in resistance to cisplatin, a chemotherapy drug frequently used in lung cancer, and that this resistance can be overcome by treatment with inhibitors of NFkB, a downstream signalling mediator of PI3K.

Our work has since been funded by Enterprise Ireland and Inflection Biosciences Ltd as part of an Innovation Partnership programme, as well as the St James’s Hospital Foundation’s successful ‘Target Lung Cancer’ appeal. This has allowed us to test Inflection Bioscience’s pipeline of targeted therapies in lung cancer models, bringing new hope to Irish lung cancer patients.

One of the biggest developments in cancer treatment in recent years is the emergence of immunotherapies. This strategy of priming the body’s immune system to attack tumours has been remarkably successful, with the programmed cell death 1 (PD-1) receptor being a target for drug development for lung cancer in particular. PD-1 is an immune checkpoint receptor found on lymphocytes that prevents the body from attacking its own tissues. Cancer cells can make proteins which bind PD-1, therefore allowing them to escape the immune system. Pembrolizumab is a humanised antibody that binds and blocks PD-1 and was approved by the US FDA in October 2016 as the first immunotherapy for NSCLC. The drug is approved for first-line treatment in cases where there are no aberrations in EGFR or ALK and has exhibited an improvement in progression-free survival of around four months in comparison to standard chemotherapy.

As such, one avenue that Irish lung cancer research will likely explore in the coming years is the combination of next-generation PI3K inhibitors with immunotherapies such as pembrolizumab. This research, which explores how best to exploit new and existing drugs, may be one of the most promising ways to impact on lung cancer survival in Ireland in the shorter term, with continued efforts in prevention of lung cancer through the promotion of smoking cessation hopefully reducing rates of diagnosis in the longer term.