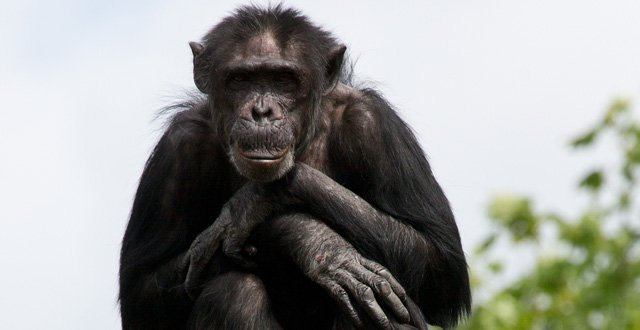 Primates for laboratory investigations are typically captured; sold; transported; experimented on; and killed. But on the bright side … they can watch telly. I learned this from anthropologist Prof Lesley A Sharp’s ‘The Moral Lives of Laboratory Monkeys: Television and the Ethics of Care’ in Culture Medicine and Psychiatry (2017, 41: 224−244). Apparently in venues described as “moral laboratories”, what could be better for a caged macaque than catching up on Oprah or watching Planet of the Apes? One use of television, explains Prof Sharp, is to mediate “the troublesome boundary of species difference among the simian and human subjects who co-habit laboratory worlds”.

But troublesome for whom? It’s “troublesome” for primates to be experimented on. But my guess is that what becomes “troublesome” for the human wielders of syringes and scalpels are feelings of guilt that our simian cousins are banged up watching telly when they should be swinging from trees.

For a corrective to the lazy assertion that animal experimentation is often necessary, I recommend  chapter two of Peter Singer’s Animal Liberation (2nd edition, 1995). Entitled ‘Tools for Research’, its litany of cruel and futile animal experiments carried out in the name of medical and scientific research is alarming, inviting the inference that the gap between cruelty and stupidity is not as wide as many suppose.

Such an inference is hardly contradicted by the contents of a letter to Nature (2010, 463: p 877) from Dr Hermann Brugger et al, entitled: ‘Outcry stopped pig study of avalanche survival.’ Brugger’s team had buried 29 live pigs in the snow of an Austrian alp to determine how long it took them to die. The experiment was stopped after objections from animal rights groups and the deaths of 10 pigs. The authors asked plaintively: “Is the loss of some 200,000 human lives in Haiti less important than the alleged suffering of anaesthetised pigs on people’s doorstep?” Such a question fails to recognise the simple truth that some things are always right and some things are always wrong. Burying live pigs in snow is always wrong, irrespective of how many humans may be dying elsewhere.

The moral arguments against animal experimentation presented by Singer are compelling and advances in animal welfare legislation have arisen largely from pressure by anti-vivisectionists, not by a self-policing medical establishment. But on the other hand, as Leila Sattary, writing in the January 2010 issue of Laboratory News, observed “… 71 of the Nobel Prizes for Medicine won in the last century were awarded to scientists who used animals in their research”. Animal experimentation has undoubtedly enriched the health of we humans and our ability to shrug off the attendant moral dilemmas can be attributed to our mastery of cognitive dissonance and expertise at using double standards to justify our inconsistencies: Delighting in our shared intelligence and social interactions, yet denying this kinship when it suits us to exploit and abuse.

Yet it is hardly surprising that we can set aside misgivings about animal experimentation when many of us are happy to experiment on fellow humans without their consent. For example, in May 1997 Bill Clinton apologised on behalf of the US government for the infamous Tuskegee, Alabama ‘experiment’, an ethically abhorrent piece of research lasting from 1932 to 1972 that involved physicians observing – but withholding treatment from − African-American men with syphilis. In 2010 the then US Secretary of State Hillary Clinton apologised while acknowledging that US medical researchers infected 696 Guatemalan prisoners with syphilis between 1946 and 1948. The researchers recruited syphilitic prostitutes as their preferred means of virus delivery, but when this proved unreliable they resorted to the direct inoculation of inmates.

More recently we have the UK’s decades-old tainted blood scandal following the importation of cheap blood products harvested from paid prisoners, drug addicts and ‘skid row’ donors in the US, unwittingly enriched with blood-borne viruses. According to the pressure group TaintedBlood’s Contaminated Blood Campaign Fact Sheet (www.taintedblood.info), in the late 1970s and early 1980s, 4,800 British haemophiliacs were infected with hepatitis C virus through their NHS treatment. It states: “In April 2007, TaintedBlood produced a document detailing eight very serious accusations, including aiming experiments at babies and children. The points were backed up with extensive evidence. To date the document hasn’t been challenged by anybody.”

TaintedBlood also quotes Vicky Vidler of the UK’s Royal College of Nursing Haemophilia Nurses Association: “In effect, people with haemophilia given NHS blood products in the 1970s were human guinea-pigs for a new form of treatment.”

My copy of The Scourge of the Swastika (1954) by the 2nd Baron Russell of Liverpool is usually stored at the back of my bookshelves; such are its grim contents recording Nazi human experimentation. Yet it hardly seems out of place beside reports of “moral laboratories” and products being “put into virgin haemophiliacs”.