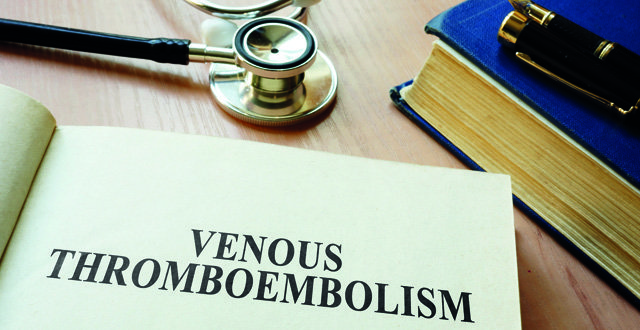 A major conference was held in Dublin earlier this year on the diagnostic and therapeutic advances in VTE. VTE Dublin 2017, which was held in Croke Park on 15 and 16 September, featured a range of international and national speakers who discussed the latest research in the field.

Dr Ander Cohen, Vascular Physician and Epidemiologist, Department of Haematological Medicine, Guys and St Thomas NHS Foundation Trust, King’s College, London, spoke about thromboprophylaxis and the epidemiology of VTE. According to Dr Cohen, there are over 20 million patients at risk of VTE events in the EU and US. He added that there are over one million VTE events and 150,000 VTE-related deaths reported annually.

The main focus on Dr Cohen’s talk was the APEX trial, which he was involved in. The purpose of this study was to evaluate whether extended prophylaxis with oral betrixaban can prevent blood clots in the leg and lung that sometime occur in patients hospitalised for an acute medical illness and to compare these results with standard of care enoxaparin. Patients who were hospitalised for acute medical illnesses were randomly assigned to receive subcutaneous enoxaparin (at a dose of 40mg once daily) for 10±4 days plus oral betrixaban placebo for 35-to-42 days, or subcutaneous enoxaparin placebo for 10±4 days plus oral betrixaban (at a dose of 80mg once daily) for 35-to-42 days.

The research team performed sequential analyses in three pre-specified, progressively-inclusive cohorts: Patients with an elevated D-dimer level (cohort one); patients with an elevated D-dimer level or an age of at least 75 years (cohort two); and all the enrolled patients (overall population cohort). The statistical analysis plan specified that if the between-group difference in any analysis in this sequence was not significant, the other analyses would be considered exploratory. The primary efficacy outcome was a composite of asymptomatic proximal deep-vein thrombosis (DVT) and symptomatic VTE. The principal safety outcome was major bleeding.

In conclusion, the study found that in a comparison of extended-duration thromboprophylaxis with betrixaban and standard-duration enoxaparin in acutely ill medical patients, there was no significant between-group difference in the pre-specified primary efficacy outcome among the patients with an elevated D-dimer level. However, pre-specified exploratory analyses provided evidence suggesting a benefit for betrixaban.

The subject of the next talk was the urgent need for better diagnostic tools to detect VTE in pregnancy.

Prof Beverly Hunt, Professor of Thrombosis and Haemostasis, King’s College London, UK, told delegates that while the condition is the leading cause of direct maternal death in the UK, there is currently a lack of evidence in terms of diagnosis and treatment.

Difficulties in diagnosis relate to the fact that the Wells score and D-dimer tests are not validated in pregnancy, as well as non-thrombotic causes of symptoms, such as leg-swelling and shortness of breath being common in pregnancy, according to Prof Hunt.

In terms of radiation doses for diagnosing pulmonary embolism (PE) in pregnancy, she added that some authorities say the risk of breast cancer increases by 10 per cent if CT pulmonary angiogram (CTPA) is used in fertile women.

Furthermore, research has shown that the majority of women having CTPA do not have a thromboembolism.

“We are still giving people too much radiation,” she argued.

As an alternative, ventilation-perfusion (VQ) SPECT is as accurate as CTPA but uses less radiation.

It will also estimate the diagnostic accuracy of expert-derived clinical decision rules.

Regarding treatment of VTE in pregnancy she stated that LMWH is preferable to UFH, stating that it has at least equivalent efficiency and is more practical, with a longer ‘half-life’ and reliable pharmacokinetics compared with UFH.

“We have got problems with management of VTE in pregnancy,” Prof Hunt concluded.

“We have got problems with diagnosis. We need to do some clinical trials. And we need to think about doing some trials around thromboprophylaxis too.”

ARTEMIS is a prospective multinational multi-centre study (including the Rotunda Hospital, Dublin) in consecutive pregnant patients with clinically-suspected PE. The aim of the study is to obtain better protocol adherence, which should lead to improved patient safety.

The trial is applying the YEARS protocol in pregnant patients. The YEARS clinical decision rule incorporates differential D-dimer cut-off values at presentation, has been developed to be fast, to be compatible with clinical practice, and to reduce the number of CTPA investigations in all age groups. A recent evaluation found PE was safely excluded by usage of the YEARS diagnostic algorithm in patients with suspected PE. The main advantage of the YEARS algorithm is the absolute 14 per cent decrease of CTPA examinations in all ages and across several relevant subgroups, Prof Huisman reported.

According to Prof Huisman, ARTEMIS is showing that 46 per cent of pregnant patients did not need CTPA when their algorithm was followed.

The final results of the study have not been released, but Prof Huisman stated every pregnant patient with suspected PE should be subjected to a complete diagnostic work-up, including imaging tests.

Prof Jan Beyer-Westendorf, a thrombosis research expert based at Dresden University Clinic, Germany, spoke about the decisions involved in treating superficial vein thrombosis (SVT). Explaining how he diagnoses the condition, Prof Beyer-Westendorf stated extensive VT (>5cm in length) and SVT in non-varicose veins involves objective confirmation, including the examination of the deep veins of the symptomatic leg (cCUS). Bilateral ultrasound is required in SVT patients at high risk of thromboembolic complications. He said every SVT patient should be assessed for PE symptoms, which requires objective testing.

“In cases of SVT with concomitant DVT/PE, type, intensity and duration of anticoagulant therapy are guided by DVT/PE,” he said.

He stressed the most common serious complication of SVT is DVT and/or PE. The incidence of DVT/PE following SVT varies between 0.4 and 10 per cent. The risk factors for thromboembolic complications in SVT include male sex; history of VTE; previous cancer; and SVT in non-varicose veins.

In terms of non-anticoagulant options for SVT therapy, choices include compression stockings or bandages; oral or topical non-steroidal anti-inflammatory drugs (NSAIDs); topical applications of heparin gel; or surgical interventions. A recent Cochrane analysis summarised the evidence for NSAIDs, topical heparin therapy and surgery in the treatment of acute SVT. It found compared with placebo, NSAIDs were associated with lower rates of superficial thrombophlebitis extension and/or recurrence, but did not influence the rate of DVT or PE.

Prof Beyer-Westendorf also discussed the findings of the SURPRISE study, which was a randomised, open-label, blinded-outcome event adjudication trial, which compared rivaroxaban (10mg once daily) with fondaparinux (2.5mg once daily) in patients with SVT at high risk of VTE complications.

The study found rivaroxaban was non-inferior to fondaparinux for treatment of SVT in terms of symptomatic DVT or PE, progression or recurrence of SVT and all-cause mortality and was not associated with more major bleeding. Therefore, rivaroxaban could offer patients with symptomatic SVT a less burdensome and less expensive oral treatment option, instead of a more expensive subcutaneous injection.

The VTE Dublin conference featured a wide variety of other presentation, such as bleeding risk for VTE patients, and the emergency department management of PE. See www.vtedublin.org for more information.