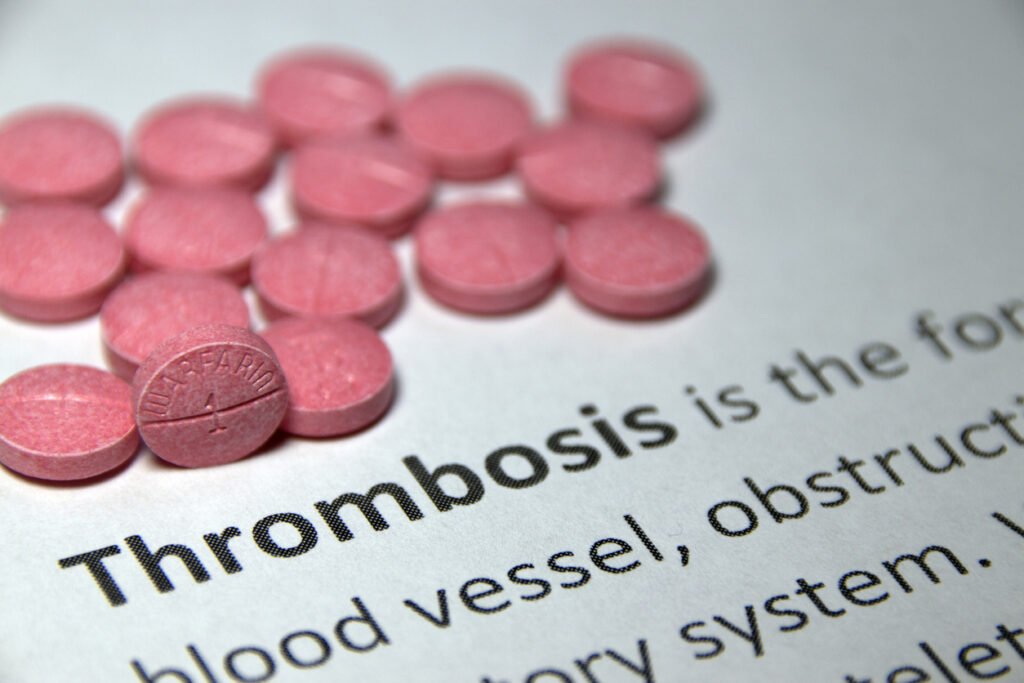 Ahead of World Thrombosis Day, Consultant Haematologist Dr Barry Kevane spoke with Pat Kelly about the need to identify patients at risk of thrombosis and how those with Covid-19 are at increased risk of the condition

Thrombosis is the third-largest cause of mortality worldwide and experts in the field have long been calling for increased awareness among members of the public and the medical profession alike to help save lives from this preventable but potentially deadly condition. Ahead of World Thrombosis Day, which took place on 13 October, Dr Barry Kevane, Consultant Haematologist in the Mater Misericordiae University Hospital in Dublin and Ireland East Hospital Group, spoke with the Medical Independent (MI) about the efforts he and his colleagues are making to address the lack of awareness around thrombosis.

Dr Kevane is also principal investigator with the University College Dublin (UCD) Conway SPHERE research group and has a special interest in venous thromboembolism (VTE). His main research interests are in thrombosis and haemostasis and he has recently been granted a funding award from Science Foundation Ireland (SFI) to undertake research investigating the mechanisms underlying coagulopathy associated with Covid-19.

Dr Kevane began by explaining the objectives of World Thrombosis Day, a campaign run by the International Society of Thrombosis and Haemostasis (ISTH) to raise awareness of the burden of morbidity and mortality associated with VTE, as well as support national foundations to do the same at regional levels. The organisation Thrombosis Ireland has run a number of successful campaigns in Ireland to this end, including a ‘Stop the Clot’ roadshow involving a double-decker bus that travelled to different regions within the Hospital Groups, providing information to patients and their families at hospitals and community centres. This was recognised as being a highly successful and effective campaign, even in the context of all other global efforts.

Similar events this year have been restricted because of Covid-19 but an online VTE Dublin conference, run from the Mater Hospital, recently brought together Irish and international experts to discuss VTE prevention and treatment, and exchange expertise. However, Dr Kevane and his colleagues also work all-year-round with patient groups, such as Thrombosis Ireland, to raise awareness of the risk of VTE.

“Until recently, VTE has not been very well recognised as a cause of cardiovascular deaths,” Dr Kevane told MI. “VTE, which comprises mostly deep-vein thrombosis and pulmonary embolism, is the third-leading cause of cardiovascular death, behind myocardial infarction and stroke. While we don’t have good mortality data in Ireland, across the EU, there are approximately 500,000 deaths as a result of VTE [per annum], which is more deaths than prostate cancer, road traffic accidents, HIV and breast cancer combined. There is a huge burden of mortality as a direct consequence of VTE, which is often not recognised, either by healthcare professionals or the general public.”

“According to HSE figures, we would estimate that there are around 11,000 cases of VTE in Ireland each year. One of the things that has been very much to the fore recently, both among people who treat VTE and patients and their relations, is the problem of targeting hospital-acquired VTE,” Dr Kevane told MI. “While most people who ask about blood-clotting risk think about things like long-haul travel or hormonal contraception, what we now know is that the majority of all VTE cases are hospital-acquired – about 60-to-70 per cent of all cases of DVT or PE occur as a consequence of admission to hospital and that’s often because in hospital people are immobilised or they are having surgery, for example. So this is a huge proportion of blood-clotting events.”

However, there are highly effective measures that can be taken to prevent these events, explained Dr Kevane. These include standardised risk assessments of each patient on admission to hospital and then targeting high-risk patients with anticoagulant medication. The HSE estimated that between 60-to-80 per cent of patients who are admitted to hospital, if they are assessed appropriately when admitted, would be deemed to be at high-risk and therefore would benefit from anticoagulants. To that end, the HSE published guidelines in 2018 recommending that all hospitals take it upon themselves to ensure that all patients admitted to hospital are assessed and treated appropriately.

In addition, this year, the HSE launched a new key performance indicator for all hospitals, whereby they must report their rates of hospital-acquired VTE. “This is a major step forward in our eyes because it re-focuses all of our minds on the issue of hospital-acquired VTE and hopefully will motivate hospitals around the country to address the problem,” said Dr Kevane.

The risk of blood-clotting associated with Covid-19 manifested early in the outbreak, Dr Kevane pointed out. “Very early on when the pandemic started in Asia, it became apparent that patients with severe disease showed evidence of abnormal blood-clotting activation in their routine laboratory tests,” said Dr Kevane. “Following on from that, there were reports of really high rates of VTE among patients with Covid-19, particularly those with severe Covid-19 admitted to an ICU. At the moment, there is a lot of uncertainty regarding the extent to which Covid-19 may increase the risk of hospital-acquired VTE above that which we would see in other scenarios, such as patients admitted to hospital with influenza.

“We may potentially need to alter the way we treat patients and alter our preventative strategy,” he continued. “There are a number of ongoing clinical trials at the moment looking at potentially escalating the dosing of the anticoagulant medications that are usually used in preventing VTE in hospitalised patients… the risk of VTE does seem to be higher specifically among the Covid-19 population; it does appear that the Covid-19 virus seems to have effects on blood cells and components of the vascular system, particularly the lungs, that potentially increase the risk of clotting above what is usually seen.”

In common with almost all other specialties, Covid-19 has affected haematology services nationwide and Dr Kevane’s clinic is no exception. Regarding his clinic, Dr Kevane said: “What is really important is that patients who develop acute symptoms of VTE do not feel that they shouldn’t attend the emergency department. An acute VTE is a potentially fatal event and it’s important that while people recognise that while there is a risk of Covid-19 with any type of hospital encounter, it’s also very important that they don’t ignore the acute symptoms of VTE and should always attend an ED in that scenario, regardless of what they hear on the news regarding Covid-19 numbers, because of the potential risk of a fatal outcome.”

Many patients are being very successfully followed virtually in Dr Kevane’s clinic, he told MI. “We go to significant lengths to try and limit the amount of encounters a patient will have with healthcare professionals and hospital visits in order to reduce their risk of contracting Covid, but we always stress to patients that it’s really important that in the event of acute VTE that they attend the ED.”

As well as patient awareness, Dr Kevane was asked if healthcare professionals also need to be more cognisant of the condition, particularly bearing in mind the potential for symptom overlap with other diseases or conditions. “Thrombosis can be misdiagnosed because symptoms can often mimic other problems,” he explained. “One of the big challenges that we have had in recent months with the Covid-19 pandemic is that because, obviously, Covid-19 presents with respiratory symptoms, but also possibly pulmonary embolism but also often with shortness of breath, chest pain and occasionally coughing-up blood.

“So because these symptoms can overlap, it can be quite difficult to clinically differentiate between diagnoses and because of the high rates of VTE we are seeing in Covid patients, it can be incredibly challenging. The chest-related symptoms of VTE, such as chest pains, shortness of breath and palpitations, can often mimic other disorders and similarly, symptoms of DVT, such as pain, swelling and redness of the skin can also mimic other conditions, such as skin infections. It is always a challenge to differentiate DVT from other conditions, which is why it is really important that if there is a suspicion, that the patient should be assessed as soon as possible and given the appropriate diagnostic investigations.”

In conclusion, Dr Kevane touched on current research he is conducting on the mechanisms underlying coagulopathy in Covid-19. “We started a few months ago in collaboration with some colleagues in the UCD Conway Institute,” he said. “So myself, Prof Fionnuala Ní Áinle and Prof Patricia Maguire work together and we have a research group, which is directed by Prof Maguire and Prof Ní Áinle, called UCD SPHERE. This project is a collaboration between ourselves and other clinicians in the Mater Hospital and also St Vincent’s Hospital, and we also have a group of international collaborators.”

The work has been ongoing for a number of months, explained Dr Kevane, and he and his colleagues are investigating blood coagulation in Covid-19 patients and its interplay with inflammation in the COCOON study.