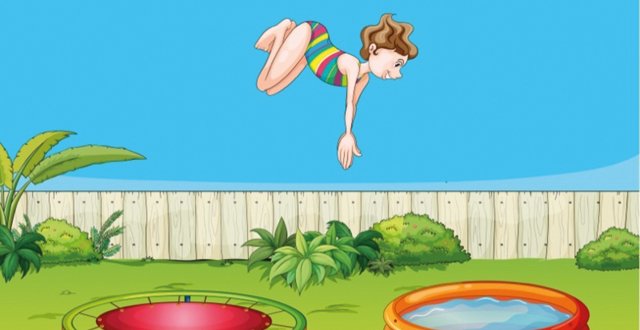 The way health news is sometimes reported can be confusing, contradictory and often downright counterproductive.

A few of the obvious examples include red wine and the benefits of resveratrol and flavonoids. Even the Mayo Clinic states that “something in red wine called resveratrol might be heart healthy” and HDL cholesterol levels. The problem here is the term “might be”. There are even claims that it can extend life, prevent cancer and even cure Alzheimer’s. There are counter-claims — most notably and most recently from the UK’s Chief Medical Officer Dame Sally Davies — that there is no ‘safe’ level of alcohol intake and the same benefits can be achieved through increased physical activity and dietary adjustments.

But wine is just the easiest and most obvious example — you could have an equally long discussion about how the ‘it’s good for you’, ‘it’s bad for you’ debate on so many other things is tossed around in the media. The same has happened with advice on coffee, tea, chocolate and even exercise, to name but a few.

So it was with a heavy heart (pun intended) that I read recently a headline which read: ‘Extreme happiness could cause you to suffer a heart attack.’

For the non-cardio savvy readers among us, TTS involves a sudden weakening of the heart muscles, which causes the left ventricle to abnormally ‘balloon’ at the bottom. This condition has been implicated in situations of extreme stress, such as bereavement or conflict, but the researchers are now warning that it also relates to extremely joyous occasions, such as weddings, surprise parties or even tense victories by our favourite sports teams (although Ireland rugby fans are probably safe enough on the last count).

The researchers  found that while 96 per cent of those with TTS had suffered a sad or stressful event, 4 per cent — equivalent to 20 individuals — were victims of ‘happy heart syndrome’.

“We have shown that the triggers for TTS can be more varied than previously thought. The disease can be preceded by positive emotions too,” according to author Dr Jelena Ghadri.

Women were found to be more at risk than men: “We still do not know why women are predominately affected by the Takotsubo syndrome. We can only speculate that the hormonal state — namely oestrogen — might play a role in the disease mechanism.”

The report concludes: “While patient characteristics were similar between groups, the mid-ventricular TTS type was more prevalent among the ‘happy hearts’ than among the ‘broken hearts’. Presumably, despite their distinct nature, happy and sad life events may share similar final common emotional pathways, which can ultimately trigger TTS.”

It’s not the nature of the research that troubles me, but rather the way it can be picked-up on by the ‘worried well’.

Sometimes a little knowledge is a dangerous thing. The last thing we need is a new cohort of patients who are afraid to laugh.

Doctor in the house

The public often look up to doctors as examples of how to live life, especially when it comes to safety, so it was with interest that I read an article recently titled ‘Eight things emergency room doctors refuse to have in their homes’.

There are a couple of laughably obvious ones, such as out-of-date medicines and guns, but a couple of others that might be informative, especially to new parents.

For example, high-chairs that pull up to a table are definite no-nos: “I work at a paediatric and adult trauma centre, but being a dad, most of my biggest issues are with child products,” according to Dr Brian Fort, Emergency Medicine Physician at Central DuPage Hospital, US.

“Over half of ER visits for children under one are due to falls. I wouldn’t get a high chair that pulls up to the table, because I’ve seen way too many kids use their feet to push against the table and tip their chair over backward. A fall like this from three feet can cause a skull fracture.”

Fair enough. But where do the ED docs stand on button batteries? “Button batteries are increasingly common in car remotes and portable LED lights but they can be extremely dangerous to young kids,” says Dr David J Mathison, Paediatric Emergency Room Physician and Mid-Atlantic Regional Medical Director, PM Paediatrics, US. “Toddlers like shiny objects and will ingest them. The danger is they can get stuck in the oesophagus. When a coin gets stuck, it often passes on its own. But when a button battery gets stuck, the battery acid can eat through the wall of the oesophagus, causing lifelong disability.”

The list also includes a pet hate of mine — trampolines. “We see a lot of serious trampoline injuries… upper-body fractures, broken femurs, neck injuries,” says Dr Ferdinando Mirarchi, Medical Director of the Department of Emergency Medicine, Pittsburgh, US. “That’s why most ER doctors I work with won’t buy trampolines for their kids. They’re all trouble. There’s no good kind. Unfortunately, parents get a false sense of reassurance; when there’s a net around something, they think their kids will be safe.”

I’m safe on the next one — swimming pools — but extensions ladders also make the list, as do power-washers. “The surprising thing I won’t own is a power washer. People end up with penetrating injuries or lacerations from their intense water stream,” according to Dr Seth Podolsky, Vice Chair of Cleveland Clinic Emergency Medicine Institute, US.