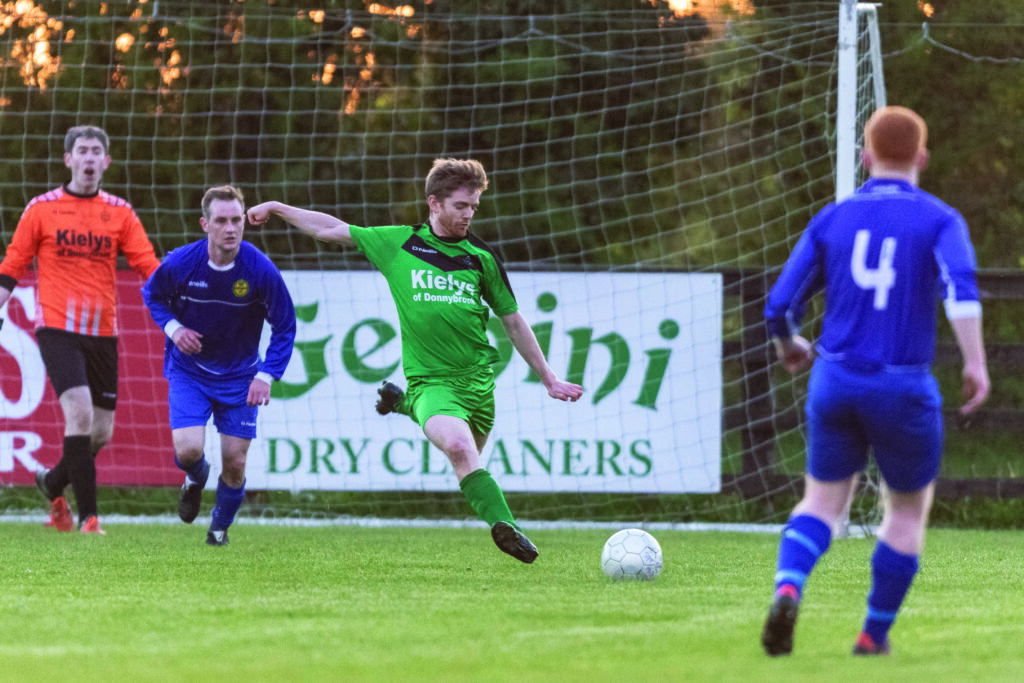 With further delays to the start of the 2020-2021 league season keeping the doctors off the training ground and away from the Friday night lights of Pearse Park, the Medical Independent (MI) provides coverage of a most remarkable and strange final stretch to the 2019-2020 season. It’s fair to say that things had not been going to plan for St Vincent’s in the Leinster Senior League. With only nine points from 12 games, St Vincent’s took a trip north to Dunboyne to face a familiar foe in the first of a five game season run-in. Famously unveiled by none other than arguably the greatest footballer of all time, Pelé, in 2009, Dunboyne AFC’s pristine surface is always earmarked as an opportunity for players to express themselves as a team and individuals. On a hot and dry Saturday, St Vincent’s travelled to Dunboyne for a high noon duel in this LSL Major 1B fixture. In just their second game back following lockdown, the doctors were looking to build on a solid 2-2 draw with Balscadden.

It was a day where a big squad would have helped deal with the conditions, but through a combination of work and injuries – St Vincent’s had the bare 11 available – so it would be down to commitment, hard work, and a sprinkle of quality if they were to get anything from the game. A new formation was employed from the start to help get the best from the 11 players available – and it took a short while for individual players to get used to the new system. But, once everyone was comfortable, St Vincent’s looked solid throughout and created plenty of chances. The new shape allowed for prolonged periods of possession for the doctors as they moved Dunboyne around the pitch and gave Paul Bourke a quiet day between the posts as he was only called upon to make solid catches from crosses and through balls. Colm Kirby, Paul Lynch, and Kieran Keane kept Dunboyne’s strike force under wraps with a great aerial display as well as matching their attackers every inch of the way, while the tireless efforts of wing backs Cian Ward and John Cosgrove kept the wide men of Dunboyne guessing. The midfield trio of Andy Delany, Rory Durand, and Colm Cosgrove shut the midfield down and gave Dunboyne no time on the ball and kept the ball nicely when they were in possession.

Ever willing forwards Yasser Zeroug and Matt Berkeley showed great confidence to take the ball in and invite others into the game, all-the-while making the telling runs in behind the defence to stretch the opposition. But it was the midfield that proved to be the difference going into the final few minutes, after Delany and Durand battled to win possession back, Colm Cosgrove picked up the ball in the centre circle and threaded a perfectly weighted through ball for Berkeley to latch on to and tuck neatly past the indecisive keeper at the near post. Celebrations were more a relief than anything else and were the only thing that lacked energy from the doctors on the day – with the 11 players having given every ounce of effort over the 90 minutes. Things have been looking up for St Vincent’s since the return to competitive football, as they look to close out the 2019/20 season in a good position and in good shape to continue the momentum into the new season.

All club activities are currently on hold in line with FAI and Government guidance and we look forward to a return to action in the coming months when it is safe to do so. When that time comes the 2020-2021 season is set to be a landmark year for the club. After a hugely successful 20 years of football, St Vincent’s Hospital Football Club will become Dublin Hospitals Football Club to represent the ever expanding and inclusive nature of the club. St Vincent’s has provided a wonderful platform for medical students and doctors to stay active, compete, and most importantly, create long-lasting friendships and connections within the medical community. We are excited to continue to work with our partners Medisec Ireland in the coming months and years, and with thanks to MI, we will continue to provide coverage of all Dublin Hospitals FC activities.