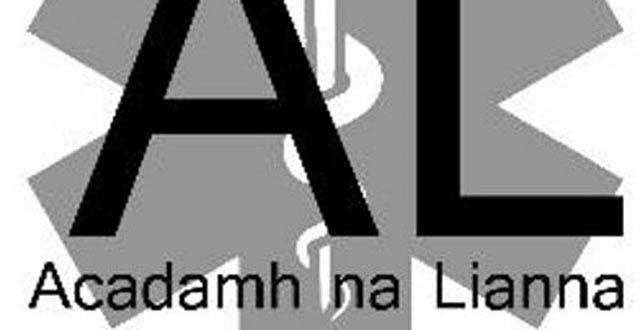 Despite centuries of language shift from Irish to English, the Irish language continues to survive as a living community language in some traditional Gaeltacht heartlands and it is also in use on a daily basis by many people outside the Gaeltacht.”

So begins the vision section from the Government’s 20-Year Strategy for the Irish Language 2010-2030. The strategy also notes that the last century has witnessed “flowering of literature and other art forms through the medium of Irish, such that Irish is now a fully-fledged modern European language”.

Last summer, the Government launched its Action Plan 2018-2022 to implement the next phase of the strategy.

However, despite some areas of vitality, only the most optimistic would not admit that this continues to be a challenging period for the language.

This general decline has an impact on the provision of health services, especially with Irish-speaking patients and doctors.

The paper, written by University of Glasgow fourth-year medical student Mr Jack Houston, examined patients’ opinions regarding the availability and use of the Irish language in general practices in the Donegal Gaeltacht. Among 100 patients, 46 were fluent Irish-speakers. Of these 46, some 80 per cent use Irish with general practice staff and 57 per cent stated that Irish was their preferred language to discuss their healthcare.

Mr Houston’s research found that “there is a lack of awareness among patients regarding services that are available”. The study also found that potential improvement strategies could include interpretation services, language modules for healthcare professionals who wish to work in the Gaeltacht, the encouragement of healthcare professionals fluent in Irish to work in the Gaeltacht, and improved awareness of Irish-language health services that exist already.

“I did this study as part of a five-week, self-proposed SSC (Student Selected Component) which was in Bunbeg, Gaoth Dobhair, in May of last year,” Mr Houston from Burt, Inishowen, Co Donegal, tells the Medical Independent (MI).

“As my study was limited to Donegal, I can’t speak objectively on behalf of the Gaeltacht as a whole,” he adds.

“However, based on discussions with Gaeilgeoirí and medical professionals about places elsewhere, I do believe that this study may highlight challenges that exist in other Gaeltacht regions regarding the provision of care through Irish.

“In fact, studying in Glasgow University, I know quite a few Scottish Gaelic speakers who have had similar experiences with the Gaelic language and medical professionals in the Highlands and islands.

“Many patients who are more comfortable speaking Irish than English do not have access to Irish-language medical services.”

Mr Houston says the provision of Irish language medical care is important “for a number of reasons.”

“Particularly in healthcare settings, where patients often feel vulnerable or under stress, optimal communication with their medical professional is significant when considering diagnostic accuracy, patient rapport, patient trust in their healthcare provider, compliance, as well as the patient’s understanding of the diagnosis, prognosis and treatment options,” he says.

“These factors all contribute to holistic care and patient wellbeing. In the Gaeltacht, where Irish as a community language is under threat, the availability of both Irish and English within practice would ensure that socio-linguistic pressures are not a factor in dictating the language of consultation for any particular patient.”

Lack of awareness of services that are available was a significant finding among the patients who were surveyed.

“In this particular study, a recurring response from patients was that they were not aware of the Irish language services that were already available to them. Increased promotion and awareness of the use of the language within practice is important to improving its acceptability to the population,” says Mr Houston.

“Individual practices can achieve this by advertising the fact that they have Irish-speaking medical professionals available, both within their practice and online.

“For elderly patients who are more fluent in Irish than in English, the ability to communicate effectively with their healthcare provider is very important for their holistic care. The ability to coherently express themselves in the language they are most comfortable with is essential when considering patient autonomy… ”  Mr Houston said this is particularly true with “the onset of dementia, where one of the first things lost is a patient’s second language. When the patient’s preferred language is not made available to them, diagnostic accuracy, compliance and patient outcomes are worsened.”

The ICGP did not have figures for the number of GPs in Ireland who can speak Irish. However, the College says it encourages members who speak Irish.

“There are a number of GPs who consult with their patients in the Irish language. They are mostly, but not exclusively, in Gaeltacht areas,” Dr Karena Hanley, the ICGP’s National Director of GP Training, tells this newspaper.

“The ICGP informally supports GP consultations through the Irish language at present. There are occasional workshops on this in our conferences or educational events.

“With regard to GP training, there is no official policy towards the provision of Irish-language services, but trainees who are placed in practices which provide services through the Irish language are encouraged to develop this skill also, where appropriate.”

Prof Joe Barry is Chair of Population Health Medicine at the Trinity College Centre for Health Sciences and he urges doctors who are interested in Irish to get involved in Acadamh na Lianna.

“Attempts are made to have Irish-speaking doctors working in Gaeltacht areas, as it is the right of people in the Gaeltacht to have a service in Irish. Outside the Gaeltacht is hit-and-miss and depends on the interest of the doctor in the language,” Prof Barry tells MI.

Prof Barry urges doctors who want to learn scientific and medical terminology in Irish or just wish to generally improve their Irish to get involved with Acadamh na Lianna.

“Acadamh na Lianna was founded in 1968 and has over 100 members. It runs social, educational and cultural events a number of times a year. It is very collegial and all standards of Irish are welcome. Its academic meetings count towards CPD in all specialties.”

In terms of the number of Irish-speaking doctors, the HSE “does not collate figures for Irish-speaking doctors”, according to a spokesperson. “However, we are aware that some doctors working in our hospitals have an Irish language capability, particularly those working in hospitals close to the Gaeltacht. Also, a number of GPs working in the Gaeltacht are Irish speakers,” the spokesperson states.

Separately, every public body named under the Official Languages Act has a duty to prepare a language scheme (plan) when requested to do so by the Minister for Culture, Heritage and Gaeltacht and to implement that statutory scheme.

Does the HSE have a language scheme?

“The confirmation of schemes is a matter for the Minister for Culture, Heritage and the Gaeltacht. The Minister confirmed such a scheme for HSE West (the Western Health Board, as it was at the time) which came into effect on 1 September 2005,” according to a spokesperson for Oifig an Choimisinéara Teanga.

“The Minister requested that the national organisation prepare and draft a scheme for submission by 10 June 2007. This draft has yet to be confirmed by the Minister, and therefore the only scheme currently in effect for the HSE is that of HSE West.”

In response, the HSE told this newspaper that it continues to implement the HSE West Language Scheme.

“Language schemes are to be replaced with language standards according to the Action Plan 2018-2022 published last year by the Department of Culture, Heritage and the Gaeltacht,” said a HSE spokesperson.

“The HSE is currently awaiting guidance from the Government regarding the new language standards, which we understand are currently being drafted.

“The organisation continues to liaise with the Department of Culture, Heritage and the Gaeltacht, An Coimisinéir Teanga and other interested parties in order to achieve excellence in its health services through Irish.”

The Department of Health is currently implementing its second scheme.

“The Department’s Language Scheme 2015-2018 is currently under review. A public consultation process for the new scheme has been completed and the Department is finalising its scheme for 2019-2022,” a spokesperson for the Department told MI.

Complaints about public bodies under the Language Act are made to Oifig an Choimisinéara Teanga.

“We do not provide a breakdown of figures for complaints for individual organisations, nor have the figures for investigations been published as yet for the year 2018 — these will be included in our annual report, which is issued around April/May each year,” the Oifig an Choimisinéara Teanga spokesperson states.

“I can, however, advise you that the completed investigations for the years 2015-2017 did not include any in respect of the Department of Health or the HSE.