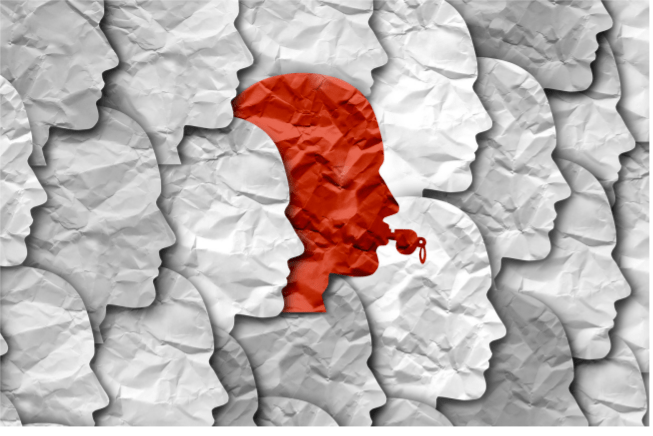 Dr Michael Devlin, Head of Professional Standards and Liaison at the Medical Defence Union, explains what doctors need to know about raising a concern.

While the prospect of raising concerns about issues affecting patient safety can feel intimidating, doing so promptly and in the right way can prevent patients coming to harm and allow colleagues in difficulty to be offered the help and support they need. Healthcare professionals have a duty to speak up, but an organisational culture needs to be fostered allowing individuals to feel confident in coming forward.

One of the most common reasons given by hospital doctors for keeping quiet about working conditions, including issues such as staffing levels, is that raising concerns would not make any difference. A study from the Journal of Health Organisation and Management analysed a national cross-sectional survey of over 5,000 (with a 20 per cent response rate) hospital doctors in Ireland in 2019.

In answer to the question, “If you had concerns about your working conditions, would you raise them?”, 450 respondents said they would, 208 were unsure and around 25 per cent (227) said they would not. Apathy was the most common factor in the reasons provided, including those who felt there was no potential for change, that they wouldn’t be listened to, or that they simply did not have “the time or energy”. Some respondents were fearful for their reputations, career progression, or job security.

However, the authors note that a culture of silence could have a “negative effect on patient outcomes and safety and human resources”. It is, therefore, important for doctors and patients that doctors are empowered to speak out.

Raising concerns is an ethical duty

The Medical Council’s Guide to Professional Conduct and Ethics is currently being updated, but the importance of promoting patient safety and raising concerns is unlikely to alter. It states that you have a duty to raise concerns “if you believe patients are either at risk of, or suffering harm as a result of” systems or matters outside of your control. Doctors in management roles have additional responsibilities to promote patient safety. This includes ensuring systems are in place and publicised that encourage staff to promptly raise concerns about patient safety. Crucially, the guidance emphasises that staff members who raise concerns in good faith should never be subjected to disciplinary action as a result.

However difficult it feels, your duty to raise honestly held concerns takes precedence over any barriers you might perceive. Remember, you may need to explain or justify not raising concerns and could even face criticism if you fail to speak up about something you were aware of, which affected patient safety.

If you have concerns about the safety of patients, or that of yourself or your colleagues, you should inform an appropriate person or authority. The Medical Council provides some examples, such as:

How to raise a concern

If you have concerns about the safety of patients, or that of yourself or your colleagues, follow your organisation’s procedures. For most hospital doctors, you will need to raise issues with your clinical or medical director in the first instance.

If the concern is not investigated or acted on appropriately, it may become necessary to escalate the matter. In all but the most exceptional cases, this should usually be done in stages and within the organisation, ending up (if necessary) at the level of the chief executive or the hospital’s board of directors. Seek advice from your medical defence organisation before escalating concerns beyond your own organisation.

A doctor can make a ‘protected disclosure’ under the Health Act 2004 (as amended) or the Protected Disclosures Act 2014. There are procedural steps that need to be followed to ensure that doctors will be protected from detriment as a result of making a disclosure and you may need advice from your trade union to ensure you know what these are.

Think how you would deal with the following, fictional scenario, which is based on those on the Medical Defence Union’s files: A colleague complains to you that a medical specialist trainee on your ward is unhelpful, difficult to work with, and unsupportive of juniors. You have not personally noticed any concerning behaviour and explain this to the colleague.

However, later that week, you witness the doctor in question saying they are too busy to see an elderly patient who is complaining of chest pain following admission for the investigation of unexplained falls. You overhear them instructing an intern over the phone to administer 10mg of intravenous morphine despite being advised that the patient has very low blood pressure and respiratory difficulties. When the patient suffers a cardiac arrest, the specialist trainee documents in the chart that he spoke directly with the junior doctor and advised him to treat the patient’s pain
with morphine.

However, he notes in the chart that he advised starting at 2mg and titrating up to 10mg if the patient coped, and also to give aspirin and sublingual GTN before calling the on-call cardiology team. You are immediately worried, as you know this was not the case.

You speak to your consultant promptly and tell her about the trainee’s inaccurate records. As a result, probity
concerns are now raised, and a formal disciplinary investigation into the doctor’s actions begins.