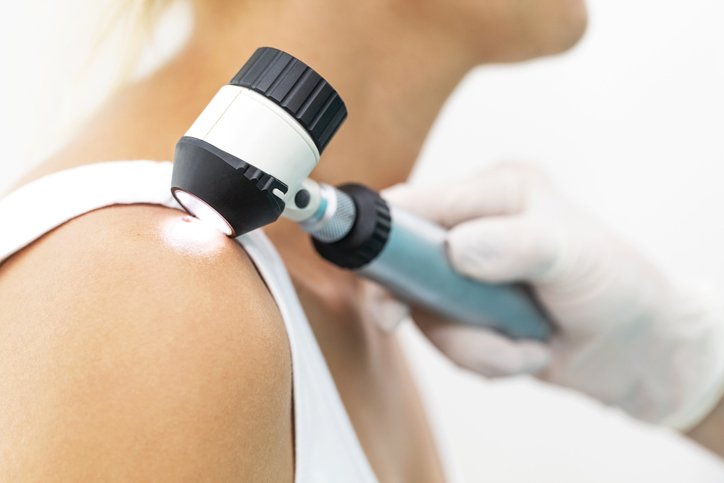 The Charles Institute, Ireland’s dermatology research and education centre, hosts a range of guest speakers who cover a variety of topics ranging from skin cancer to psoriasis, among others. The series, which is sponsored by RELIFE (part of the A. Menarini group), is designed to provide expert advice from a range of distinguished national and international experts in their respective fields and is chaired by Prof Desmond Tobin, Full Professor of Dermatological Science at UCD School of Medicine and Director of the Charles Institute of Dermatology. The seminars are broadcast to attendees with a special interest in dermatology and cutaneous science in other locations, who access the talks remotely via an audio-visual link.

Attendees heard a presentation from Dr Jens Rauch, Assistant Professor/Lecturer, School of Biomolecular and Biomedical Science, UCD, Group Leader, Systems Biology Ireland, UCD, who spoke on the theme of ‘Tackling Acquired Resistance Mechanisms in Malignant Melanoma’. Dr Rauch addressed the fact that malignant melanomas are among the most aggressive cancers due to their tendency to spread rapidly, as well as their well-known resistance to targeted therapies.

The introduction of RAF inhibitors has profoundly changed the treatment of BRAFV600E-driven melanoma, however, acquired drug resistance to RAF inhibition develops frequently and hinders the impressive initial response rate of these drugs, explained Dr Rauch. This resistance is mainly attributed to signalling network adaptations that bypass the drug blockade. With RAF heterodimerisation taking a central role, Dr Rauch focused on combinations of experimental and computational approaches to tackle acquired resistance in malignant melanoma. He also briefly described quantitative and qualitative signalling adaptations in resistance and outlined novel targets and inhibitor combinations.

Dr Rauch presented an overview of the prevalence of melanoma in Ireland and a synopsis of the work he has conducted with his colleagues, which showed that the vast majority of mutations driving malignant melanoma reside in the ERK/MAPK cell signalling pathway. “The frequency of drug-responsive BRAF mutations in Irish patients is less than half that in other European patients, whereas NRAS mutations are almost twice as frequent,” he told the seminar.
Dr Rauch explained to the attendees that his research has shown how a combination of structurally distinct RAF inhibitors synergistically inhibits the ERK pathway in cells bearing the BRAFV600E mutation and wildtype (WT) RAS, and cell-penetrating orthosteric peptides disrupt the KSR1/MEK complex and inhibit RAF inhibitor-resistant melanoma.

Dr Rauch also explained that he and his team sought to examine the signalling pathway from different perspectives and focus on the quantitative signalling behaviour of RAF dimers, in order to gain a better understanding of acquired resistance. “Novel RAF dimer-specific inhibitors are being developed,” he said. “People are trying to use RAF or MEK inhibitors in combination with other therapies, such as checkpoint or metabolic inhibitors, but there is still one issue that is puzzling the research community, and that’s the problem of acquired resistance,” said Dr Rauch.

“Acquired resistance is based on the molecular biology, or molecular set, of these cancers. We use RAF inhibitors that are specifically targeted at BRAFV600E-mutated melanoma… BRAFV600E is usually paired either with itself, or with BRAF wild-type, or RAF1 or ARAF.

“This is actually a classic physiological process,” he continued. “RAF dimerisation is usually required for the full activation of RAF kinase activity towards the substrate MEK and downstream signalling. This dimerisation, specifically in combination with RAF inhibitors, actually has consequences in the clinic, because the clinically-used RAF inhibitors are ineffective in RAS-mutant melanomas, because what these inhibitors do is, they actually enhance the hetero-dimerisation of these RAF kinases. So, the inhibitors can actually lead to a paradoxical activation of ERK signalling.”

In acquired resistance, Dr Rauch explained that most of the processes are based on enhanced RAF dimerisation and at the moment, most of these processes cannot be overcome by existing RAF inhibitors. “When we look at the signalling adaptations that we find in acquired resistance, they are centred around this classical RAF-ERK signalling pathway and more importantly, they are centred around the process of RAF dimerisation,” said Dr Rauch. “These network adaptations are highly patient- and tumour-specific, but what they all have in common is that they are all able to overcome this inhibition. What they also have in common is RAF dimerisation, which is the major mechanism causing clinical resistance to RAF inhibitors.”

Encapsulating his research, Dr Rauch told the seminar: “What our models suggest very clearly is that using a combination [therapy] has clear advantages and is highly synergistic in terms of inhibiting the cascade, and we could show this very clearly in an experimental way. A combination is much better to inhibit RAF dimers in BRAFV600E-mutant melanoma.”

Providing an overview of oncogenic RAS and RAF signalling, he explained that several mechanisms of RAF inhibitor resistance result in enhanced RAF dimerisation and cannot be overcome by existing RAF inhibitors. While inhibitor combinations are possible, it is unclear how the best combinations can be chosen. However, “using a combined experimental and computational approach, we built a mechanistic, dynamic model to analyse combinations of structurally different RAF inhibitors, which can efficiently suppress MEK/ERK signalling,” he told the seminar.

“We are able to predict the best RAF inhibitor combinations for cancer cells harbouring oncogenic RAS and/or BRAFV600E for synergistic inhibition of ERK signalling in melanoma cells.”

In summarising his findings, Dr Rauch said: “We can say that signalling scaffolds such as KSR1 actually seem to be good targets to inhibit BRAF- and NRAS-driven malignant melanomas, although we don’t know yet if they can be used alone or possibly in combination with other inhibitors.

“While not directly accessible with small molecule inhibitors, peptide-mediated disruption of the KSR-MEK signalling complex inhibits signalling and importantly, the melanoma cells with enhanced dimerisation seem to be more sensitive to KSR/MEK inhibition.”

He and his colleagues also took a combination therapy approach with melanomas that have an acquired resistance mechanism. “In this case, we picked a cell line scenario where the primary tumour cell line has a V600E mutation and also acquired a hyperactivating NRAS mutation. What the data suggested was that a combination is highly advantageous over an individual [therapy]… ”

One important and surprising finding from the work of Dr Rauch and his colleagues showed that a combination of RAF inhibitors also works in a scenario where melanomas are driven by an oncogenic NRAS mutation, he told the attendees. “This is in complete contrast to what I mentioned earlier, when I said that RAF inhibitors would induce a sort of paradoxical activation of RAS-driven melanomas. However, when we use them in combination, we can show that combinations are quite successful… to inhibit the signalling,” said Dr Rauch. “Importantly, this is not just down to the signalling, but also has an effect on cell proliferation and invasion.”

During an interactive Q&A session, Prof Tobin touched on the genes that are most frequently mutated in cases of malignant melanoma and the bias towards a particular mutation pathway between RAS and RAF, for example. “In a typical melanoma cell, and perhaps more importantly in terms of the laboratory tools we have in vitro, if you select a melanoma cell line with the classical BRAFV600E mutation, do these cells lines respond similarly to BRAF inhibitors if they have variable other mutations?” Prof Tobin asked.

“So, for example, if you have two melanoma cell lines, each with the BRAFV600E mutation but are different in their background constellation of other mutations, will the BRAF-specific inhibitor experience be similarly transacted in both cell lines or will the background mutational constellation of the cell line affect the impact of a targeted therapy?”

“That is an excellent question, and it corresponds to the clinical scenario,” Dr Rauch responded. “Melanoma, and skin cancer in general, probably have the highest mutational load. This is something we see in the clinics, where patients respond quite differently to specific treatments. However, when you look at the key oncogenic drivers such as BRAF-V600E, the BRAF inhibitors — and specifically in combination with MEK inhibitors — they are still fairly successful. For example, if you think about a stage III malignant melanoma, I think the five-year survival rate is around 65 per cent.

Based on these numbers, you can see that these huge mutational loads seem to define the individual response to these inhibitors,” said Dr Rauch. “This is something that is still unexplored, because it is very difficult to compute how thousands and thousands of mutations might contribute to the response to any one given inhibitor against one hyperactivating mutation.

“I think the way out of this in the lab is to always use different cell line models in parallel which reflect at least the key mutations, but I think the only way [forward] is to do more and more personalised approaches,” he concluded, “but the field with these thousands and thousands of mutations is still an open one.”