The science behind air pollution and skin health 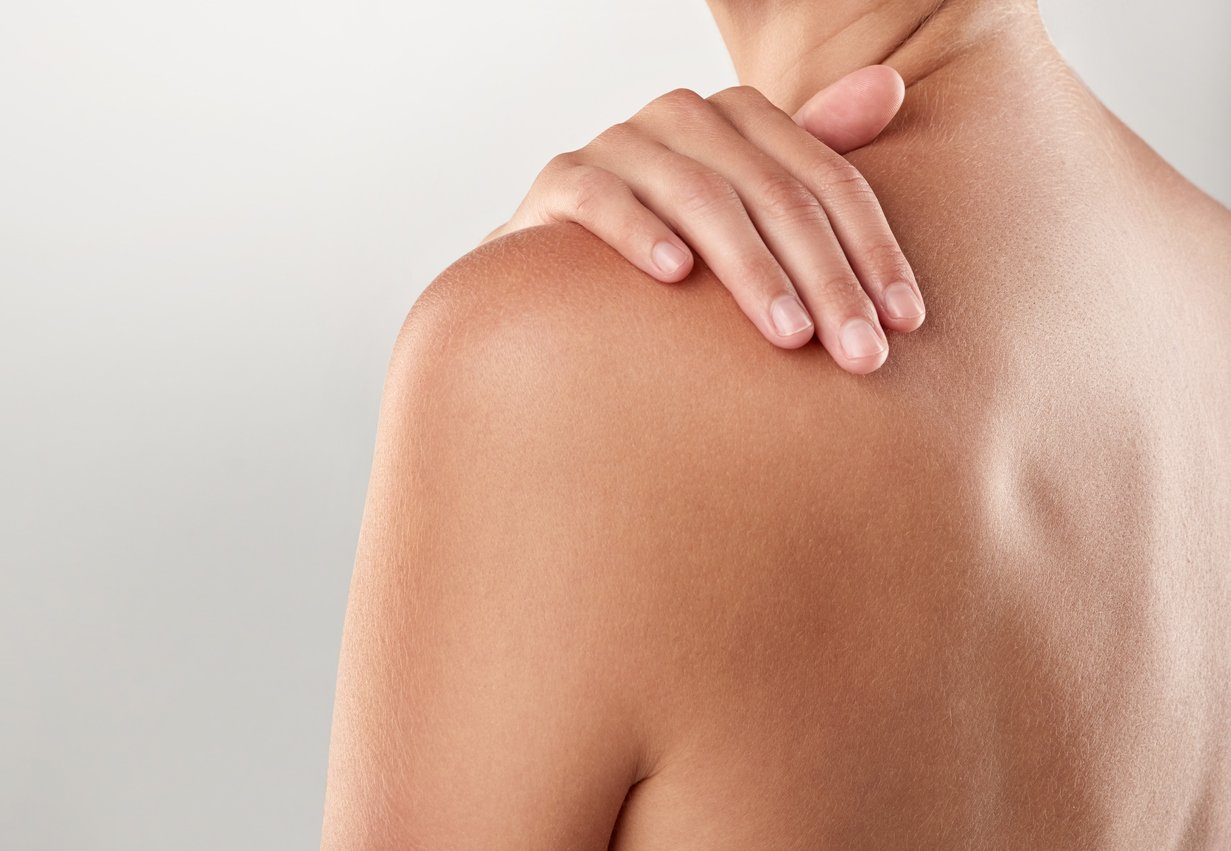 Closeup studio shot of a woman touching her bare shoulder

The series, which is sponsored by RELIFE (part of the A.Menarini group), is designed to provide expert advice from a range of distinguished national and international experts in their respective fields and is chaired by Prof Desmond Tobin, Full Professor of Dermatological Science at UCD School of Medicine and Director of the Charles Institute of Dermatology.

The seminars are broadcast to attendees with a special interest in dermatology and cutaneous science in other locations, who access the talks remotely via an audio-visual link. Attendees heard a presentation from Dr Jean Krutmann MD, Full Professor and Director of the Leibniz Research Institute for Environmental Medicine, Germany, who spoke on the topic ‘Air Pollution and Skin’. Dr Krutmann’s research places particular emphasis on dermatoxicology, immunodermatology and photodermatology, particularly as this relates to environmentally-induced skin diseases and ageing.

Dr Krutmann discussed the epidemiological and mechanistic evidence to show that air pollution contributes to skin ageing and how these discoveries contribute to our overall understanding of the skin ageing exposome.
Dr Krutmann began by explaining that as a barrier organ, the skin is exposed to a wide range of environmental factors that affect skin ageing and can potentially aggravate skin diseases.

He said that while the mainstay of dermatologists’focus, when considering skin and the environment, has traditionally been UV exposure, he pointed out that research has shown that some elements of pollution and their effects on the skin have been demonstrated, in some cases, to be equally influential.

He said that while the number of pollutants per cubic metre in the air is generally decreasing in large cities, the levels are still unacceptably high. Using Delhi as an extreme example, Dr Krutmann noted that while the WHO standard is 20 microgram per cubic metre of air for PM10 (particulate matter pollutants) of 10 microns in size), Delhi typically reaches levels of approximately 290 micrograms.

As well as pollution’s affect on the skin, he also highlighted data to show the clear association between air pollution and the development of neurodegenerative diseases, such as Alzheimer’s disease, but also metabolic conditions, such as diabetes.

While the Environmental Protection Agency classifies pollutants into six different categories, Dr Krutmann told the seminar his talk would be focused on particulate matter, ozone and to a certain extent, nitrogen oxide. Focusing first on the effects of air pollution on healthy skin, he told the attendees:

“I would like to convince you that there is no remaining doubt that air pollution contributes to skin ageing, in particular by affecting skin pigmentation… I will also briefly touch on the relevance of air pollution in the pathogenesis of some of the most frequent skin diseases and in this, I will mainly focus on eczema,” said Dr Krutmann.

He provided a brief overview of studies on skin ageing symptoms, one of which showed the comparisons between people living in rural areas and those who live in heavily industrialised areas in Germany. “We found that there are strong associations… between chronic exposure to soot and traffic-associated particles and the prevalence of the clinical hallmarks of skin ageing, such as hyperpigmented skin spots on the forehead and the cheeks,” said Dr Krutmann.

Dr Krutmann also said there are data to suggest that our brown/black skin pigment called eumelanin is an antioxidant and he told the seminar: “We have obtained very good evidence that diesel exhaust particles actually induce an oxidative stress response in human skin. For example, when you use Raman spectroscopy, you see that very shortly after topical application of diesel particles, there is a depletion of antioxidants from the skin. We also found that this is associated with an increase in lipid peroxidation and in the generation of oxidative DNA damage and activation of a key stress/damage sensor protein called p53,” he said.

“If we put the epidemiological and mechanistic studies together, then we find that there is indeed a cause-and-effect relationship between air pollution and skin ageing; air pollution seems to cause an increase in skin pigmented spots , which then contributes to skin ageing.”

He noted the fact that in recent years, there has been a significant increase in the number of topical cosmetic products where the manufacturers claim that these products have anti-pollution benefits and he discussed whether they are practically beneficial to consumers.

He spoke briefly about commercially-available lotions and whether they may help ameliorate the effects on the skin from environmental pollution, which he tested in ex vivo skin models. “The active ingredients consisted only of antioxidants vitamin C, vitamin E and hyaluronic acid,” he told the attendees.

“When we applied it, we saw that while the diesel particles increase skin pigmentation, this can be reduced or even almost brought back to baseline levels if the skin area has been pre-treated with topically-applied antioxidants. This is also reflected in gene expression levels.”

In terms of ozone, Dr Krutmann presented data from mechanistic studies that show how short-term exposure to ozone elicits an oxidative stress response in the stratum corneum of human skin, which then cascades down into deeper skin layers, including the dermis. “This then causes altered transcriptional expression of some genes, which would be consistent with the assumption that ozone exposure can increase wrinkle formation,” he told the seminar.

Dr Krutmann and his team followed up these studies with epidemiological research to investigate the effects of increased levels of tropospheric ozone on skin ageing. “We found that there is an association with ozone [and skin ageing] and interestingly, not with pigmentation changes, but in this case with wrinkles, and particularly with coarse wrinkles,” he said. “This association was also robust when we took into account sun exposure and other co-pollutants.”

He also emphasised the importance of genetic factors in skin ageing and how these factors can shape the susceptibility of how an individual will respond to different exposomal factors, by sequencing the whole genome of women who participated in the study. “We found that when we develop a genetic risk for aryl hydrocarbon receptor signalling, women develop more lentigo (hyperpigmented spots) on the cheeks after air pollution exposure compared to women with a low genetic risk,” he explained, adding that these findings are currently being replicated in other independent cohorts.

He also outlined the role of air pollution in skin disease and told the seminar: “We all know that exposure to air pollution is associated with aggravation of eczema in children; there are many studies showing this. However, what is far less studied are the effects in adults, and particularly in the elderly.” To address this research gap, Dr Krutmann and his colleagues conducted research to study this association in an elderly cohort. “What we found was very interesting,” he said.

“These were ladies all aged over 55 years and we found a very high prevalence for incidence of eczema [with air pollution exposure]. These were ladies who never had eczema before they turned 55 years old and after that age, 7.9 per cent of them developed eczema. This did not decrease when we removed people with atopic diathesis; in fact, it appears that being non-atopic is actually a factor that increases susceptibility for this association.”

He added: “We concluded that air pollution was associated with non-atopic eczema in elderly women and these women were characterised by the absence of hay fever, low total IgG levels and with few risk alleles for atopic eczema. We currently have a large study ongoing to corroborate and extend this observation by making use of a longitudinal study cohort.”

During an interactive Q&A session in which participants had the opportunity to raise questions via a chat feature, Prof Tobin noted that some of the increase in melanogenesis demonstrated in Dr Krutmann’s studies may reflect changes in how melanin is transferred within the epidermis itself when the skin is affected by environmental factors.

“We have previously shown that stressing the skin can not only lead to increased activity of the melanocytes, but also a different way of dispersing melanin in the skin, and that of course may have a significant impact on how the skin can respond to UV light, for example,” said Prof Tobin. “Is there any evidence so far from your work to show that air pollution, affected the melanocyte-keratinocyte melanin unit, for example, alters the way melanin is transferred or perhaps to increase output of melanin per unit area?”

Dr Krutmann responded that while the question is compelling, his group currently lacked dedicated expertise focused on melanocytes and therefore, this area of research was not looked at closely. “However, this could be an area in which we would like to collaborate [with the Charles Institute],” concluded Prof Krutmann.