Fishing for answers on melanocytes and melanoma 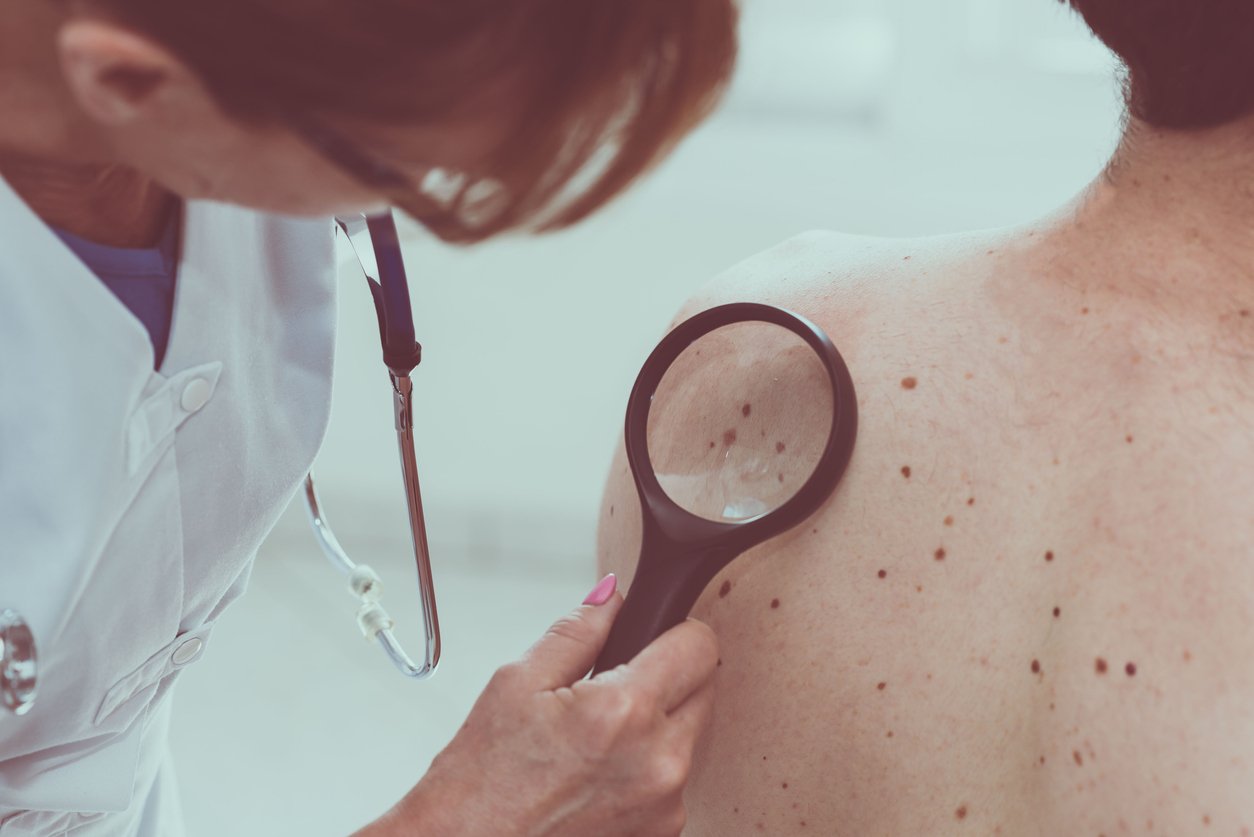 Dermatologist examining the skin on the back of a patient

The Charles Institute, Ireland’s national dermatology research and education centre, played host to a range of guest speakers who covered a variety of topics ranging from skin cancer to psoriasis, among others. The series, which was sponsored by RELIFE (part of the A.Menarini group), was designed to provide expert advice from a range of distinguished national and international experts in their respective fields and was chaired by Prof Desmond Tobin, Full Professor of Dermatological Science at UCD School of Medicine and Director of the Charles Institute of Dermatology. The seminars were broadcast to attendees with a special interest in dermatology in other locations, who accessed the talks remotely via an audio-visual link.

Attendees heard a presentation from Prof Liz Patton, MRC Human Genetics at the Institute of Genetics and Cancer, University of Edinburgh, UK, who delivered a talk to the attendees titled ‘Discovering and Targeting New Melanocytes and Melanoma Cell Populations in Zebrafish’. Prof Patton explained that dynamic cellular heterogeneity underlies melanoma progression and therapy resistance, and zebrafish are a powerful model system to identify new cell subpopulations and better understand how they contribute to disease progression, as well as helping to identify new drug targets. She provided an overview of how she and her team are applying chemical genetics, imaging and single-cell technologies to discover new cell states in melanoma with a view to improving future treatment options.

“One of the advantages of using zebrafish as models is their ability to move between the developmental stages and the adult stages,” Prof Patton told the seminar. “Even in an embryo, which is just a few millimetres long, already you can see the melanocytes and they already have a beating heart, circulating blood, an innate immune system, digestive system — so they are already, at that stage, little formed animals,” she said. “Using fluorescent reporter lines, we are able to visualise cell populations.”

Using fluorescent reporter lines allows Prof Patton and her colleagues to study undifferentiated cells, “or as we call them melanocyte stem cells, which are just tucked under the neural tube at the site of the future dorsal root ganglia,” she said.

Zebrafish melanomas appear quite similar to human melanomas, Prof Patton explained, as they share histopathology, genetics and transcriptional signatures and so are a good model to study, particularly for cutaneous melanomas in the context of Prof Patton’s research. She provided an outline of research objectives for her team, including identifying cell populations in melanoma models, in particular at a stage of residual disease in melanomas after bulk tumour collapse, but prior to regrowth. Prof Patton also outlined her work in trying to identify mechanisms of cell state transitions, among other areas of research focus.

“MITF is the master melanocyte transcription factor and it is required for a neural crest cell to become a melanocyte,” she told the attendees. “What was found in the MITF-low signature is that the MITF targets were down, but other neuronal-type were up. These transcriptional signatures have been identified by other groups… it has been found that this MITF-low subgroup really predicts the poorest outcomes for patients.”

This prompted Prof Patton and her colleagues to try to model a transcriptional state in melanoma, rather than just looking at genetic mutations, and this was achieved by identifying a temperature-sensitive allele. “When we increased the water temperature, we decreased the amount of wild-type MITF transcripts that are created, so we reduced MITF activity as we increased the water temperature,” she said. This does not change the transcription from the MITF promoter, but rather changes the amount of active MITF protein, she explained.

Another objective was to establish how dependent tumours are on MITF activity for their survival, said Prof Patton. “We found that having lower levels of MITF, if we cross it to p53 mutant zebrafish, we get melanomas,” she told the seminar. “These are primarily superficial spreading melanomas and if we add in BRAF mutation, this accelerates the onset of melanoma; we see superficial growth patterns, but we also see large, nodular, very proliferative tumours.”

These MITF-low melanomas are enriched with neural crest signatures, which appear to be highly invasive mesenchymal-like cells, Prof Patton explained. “We wonder if this is one of the reasons why patients in this MITF-low type transcriptional state have such poor outcomes — possibly because they have this very high expression of these invasive signatures.”

One of the advantages of having a temperature-sensitive allele that can be turned off is that it allows the researchers to address the dependency of the tumours on MITF for survival, explained Prof Patton. Prof Patton touched on the importance of residual disease in melanoma and told the seminar: “Patients who are given BRAF and MEK inhibitors often have a similar trajectory, in that they respond quickly to the therapy and the tumour can decrease in bulk, but the tumour often comes back,” she said. “So understanding residual disease is very important as we move forward and think about the next generation of therapies.”

Prof Patton summarised: “Using zebrafish is a powerful model for studying both melanocyte development and melanoma. What we are learning is that melanocyte development becomes dysregulated and is important in our melanoma models,” she told the seminar. “We were able to generate a MITF-low melanoma models that resemble the transcriptional signatures of MITF-low patient melanomas. We were able to discover cells that were independent of MITF, so they had lost their melanocyte identity,” continued Prof Patton. “We were also able to identify two new mechanisms in these lineages that affects cell states.”

During an interactive discussion and Q&A session, Prof Tobin commented on the search for the melanocyte stem cell in zebrafish and the issue of residual disease regrowth. Prof Patton added: “We had been thinking of these cells as a little bit more like the hair follicle stem cell, but now we are looking at their transcriptomes, we are wondering if they are a little more like the Schwann cell precursor-like cells that perhaps have the potential to even become other cell types. Because of the transcriptional analysis, we have recently started to change our thinking.”

Prof Tobin also commented on extracellular vesicles in the context of where regrowth and residual disease come from, and asked: “One way you have of chasing these cells down is through regional or body-map location, but do you ever see residual disease regrowth happening at a site that is distant from the primary tumour?”

Prof Patton commented: “In most of our models, we don’t see that,” she said. “In most of our models, in the way we are conducting the experiments, they are really coming from the same site. Having said that, of course there will be metastases; when we first started working with zebrafish melanoma, we didn’t think they would be so good as a model for studying metastases, because the tumours can become quite bulky and then we have to put the animal down.
“However, there has been some really good work… studying metastases in zebrafish and I think we have an opportunity to follow this now,” she continued. “So the question is very relevant — so far, we have focused on the same site, but when we do our lineage-tracing analysis, it would be great to investigate where those cells start to come back up.”