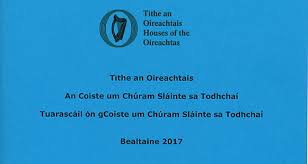 A spokesperson for the Oireachtas Committee on the Future of Healthcare told the Medical Independent (MI) that there is no total figure or an exact breakdown of costs available as yet.

“We don’t have a total expenditure figure at the moment but we would expect total costs to come in [at] just under €200,000,” said a Committee spokesperson last week.

“This is largely in line with the figures provided to [MI] back in February — €130,000 plus VAT to cover all aspects of consultancy support, drafting and completion of the report;  €24,700 for workshops to scope-out the Committee’s work and develop a project plan. There would also be graphic design costs because of the complexity of some of the tables, graphs, etc, in the report.”

The much-anticipated all-party, 10-year plan for health was published at the end of last month. In total, the Committee received more than 150 submissions.

“The many stakeholder submissions we received provided us with a unique insight into the experiences of those who use our system, those who work in it and of the many organisations and bodies that are involved in it. The Committee wishes to thank most sincerely all those who took the time to respond to our call for submissions.”