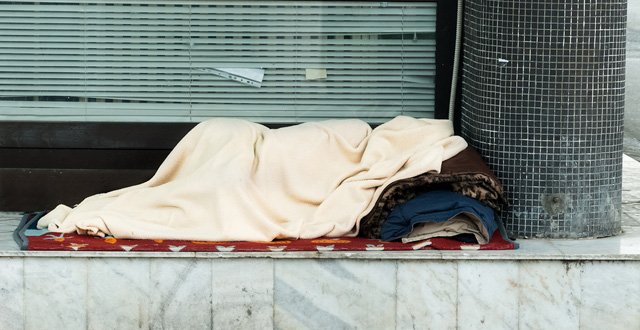 The increase in respect of people on the Central Treatment List (CTL) increased from 2 per cent to 7 per cent between 2011 and 2014 alone.

This data will feature as part of an upcoming presentation by Specialist Registrar in Public Health Medicine Dr Ronan Glynn, who will speak on health and homelessness on 20 October at the RCPI St Luke’s Symposium.

Data compiled by Dr Glynn and colleagues also shows there have been 494 deaths of homeless people related to drug or alcohol abuse from 2004 to 2013.

Findings in relation to the number of homeless people presenting with self-harm will also be outlined. On average, approximately 11,000 presentations are recorded annually by the National Self-Harm Registry Ireland, with approximately 500 of these registered as being of no fixed abode.

Currently there is not “a coherent approach to homelessness and health in Ireland”, Dr Glynn told the Medical Independent (MI).

Dr Glynn said the media narrative centred on a ‘housing first’ approach, and the need to address rent costs and build social housing, which were all “valid points and a housing first approach is absolutely fundamental to changing the issue”.

However, focusing solely on housing as the solution overlooked the fact that many factors relating to homelessness are connected to health and addiction.

While some people become homeless as they cannot afford rent, for others it is because they come from a background of poverty and social exclusion, they have never had equitable access to health services, or they have longstanding physical and mental ill health issues. These factors “can all drive people into homelessness but can also develop for those who are homeless”, said Dr Glynn.

Dr Glynn said it is known that the relationship between homelessness and physical and mental ill health, and addiction, is complex. “While ill health and addiction are often readily recognised as consequences of homelessness, they are perhaps less well understood as driving factors behind becoming homeless in the first place.”

He supported calls for a national strategy that focuses on homelessness and health.

The RCPI’s pre-budget submission prominently highlighted homelessness, with the College advocating for the development and implementation of a coordinated, resourced national strategy for the health of Ireland’s homeless population and those vulnerable to becoming homeless.

According to the submission, the Dublin Region Homeless Executive (DRHE) reported that 4,391 adults accessed emergency accommodation in the first quarter of 2017. Of these, 16 per cent were presenting for the first time – an average of 7.9 new people presenting per day over that period.

Dr Glynn will present ‘Homelessness and Health in Dublin – A Review of the Evidence’ on Friday 20 October at the St Luke’s Symposium, RCPI, No 6 Kildare Street. The Symposium runs from 18 – 21 October