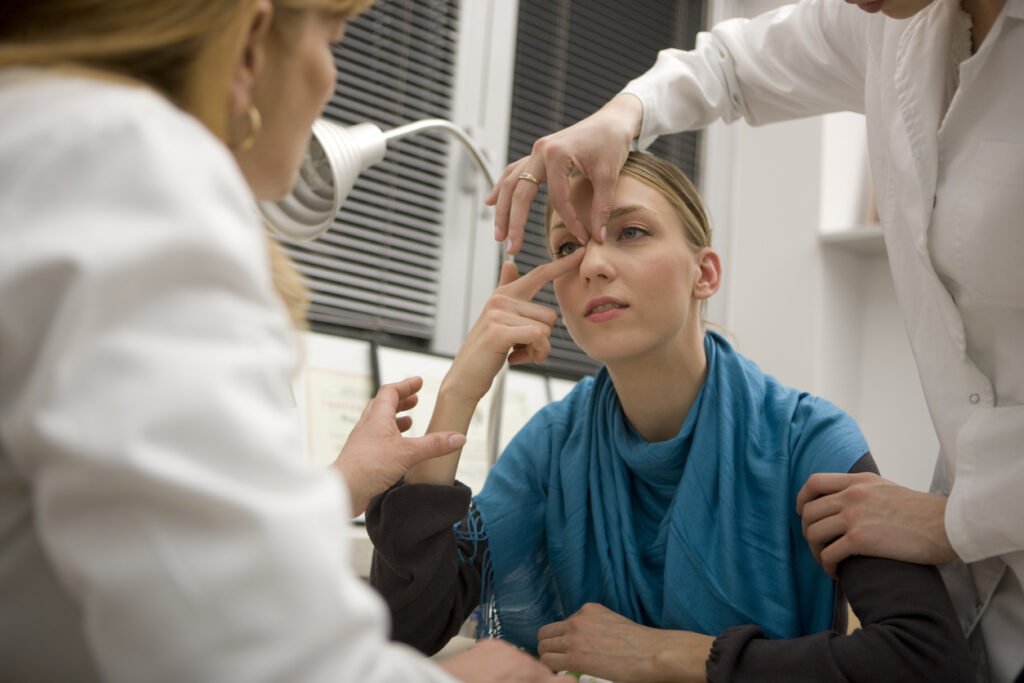 For those who like to take a sideways look at science and research, not least of the medical variety, the Ig Nobel awards are a highlight of the scientific calendar. The awards are for research that “first makes people laugh, then makes them think”. This year’s Ig Nobels threw-up the usual assortment of wondrous oddities. This year’s top prize in the medicine category went to a multinational team from Germany, Turkey, and the UK for their research titled: ‘Can sex improve nasal function?

An exploration of the link between sex and nasal function’. The team measured nasal breathing at five different times: (1) Before sexual activity (baseline); (2) immediately after sexual activity; (3) 30 minutes; (4) one hour; (5) and three hoursafter sexual climax. The same measurements were taken on the second day following the application of nasal decongestant spray. For evaluation of nasal breathing, the authors used a visual analogue scale (VAS) and a portable rhinometric device to measure resistance and nasal flow.

The researchers succeed last year’s successful medicine category winners, a team from the Netherlands and Belgium, who authored research titled: ‘Misophonia: Diagnostic criteria for a new psychiatric disorder’. Their paper, published in PLOS ONE, dealt with the ‘psychiatric disorder’ of intense negative emotions triggered by the sound of another person chewing.

“The intensity of these emotions caused subsequent obsessions with the cue, avoidance, and social dysfunctioning with
intense suffering. The symptoms cannot be classified in the current nosological DSM-IV TR or ICD-10 systems,” they wrote.

“We suggest that misophonia should be classified as a discrete psychiatric disorder. Diagnostic criteria could help to officially recognise the patients and the disorder, improve its identification by professional health carers, and encourage scientific research.”

Honourable mentions for 2021 go to a US team for their work titled: ‘A new method of cockroach control on submarines’, for which they scooped the entomology prize. Apparently, cockroach infestations are a considerable problem on submarines and the authors set about rectifying this, with some success.

The peace prize went to another team of US researchers who considered the possibility that humans evolved beards to protect themselves from punches to the face. They won in this category for their work, ‘Impact protection potential of mammalian hair: Testing the pugilism hypothesis for the evolution of human facial hair’.

“The results of this study are consistent with the suggestion that the sexually dimorphic facial hair of humans may have evolved in response to selection on male-male fighting performance,” wrote the authors. “Similarly, although not tested here, our results also support the suggestion that the mane of male lions provides some level of protection from injury when males fight (Darwin 1871; West et al, 2006; Blanchard 2010) due to the capacity of hair to slow and expand the area of energy transfer,” they added.

The economics prize went to Pavlo Blavatskyy of Montpelier Business School in France for his work titled: ‘Obesity of politicians and corruption in post-Soviet countries’. “Given its high cost for society, political corruption needs to be measured as accurately as possible,” he wrote. “Rigorous empirical evaluation of anti-corruption policies also requires accurate corruption measurement…. Existing methodology of corruption measurement is limited to perception surveys by foreign experts… and micro-level questionnaires, such as public expenditure tracking surveys, service provider surveys, and enterprise surveys.

This demands new objective measures of corruption similar to the indirect measurement of the shadow economy via electricity consumption.” This involved detailed analysis of the BMI of cabinet ministers in post-Soviet countries: “Using recently-developed machine learning algorithms, we estimate body-mass indexes of 299 cabinet ministers who were governing 15 post-Soviet states in 2017 (or for the larger part of 2017 in case of a cabinet reshuffle).” He concluded: “We find that the median ministers’ body-mass index (estimated from frontal face images) is highly correlated with conventional measures of corruption (based on perception surveys among foreign experts).”

Other notable winners include the chemistry prize for a project titled: ‘Proof of concept study: Testing human volatile organic compounds as tools for age classification of films’, and the physics prize for the project titled: ‘Physics-based modelling and data representation of pairwise interactions among pedestrians’.

For more weird and wonderful examples of out-there research, drop in to www.improbable.com