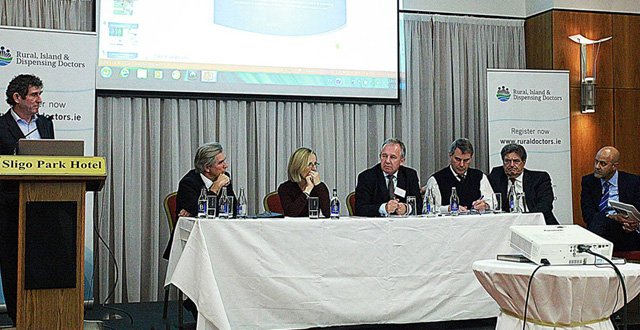 Taoiseach Varadkar could be an ‘iconic’ health reformist

He said a figure in the vein of the late Dr Noel Browne or the late Mr Donogh O’Malley, who led on education reform, was required.

“We need somebody who will come and take this issue of health reform and lead it. The only possible figure I can see in the political world at the moment is our Taoiseach Leo Varadkar. He says he has unfinished business in the health service, he should have a knowledge of how the health service works and I believe he could, if he chose to, be the person who would lead health reform and lead the recommendations that are in the Sláintecare Report and bring about a change in our health service.”

Addressing delegates, the Clare GP said general practice was not sustainable following FEMPI cuts. He said the choice was to reform healthcare now or wait until the system collapses completely. In respect of governance, he said responsibility must start with the Minister for Health and accountability has to be underpinned by legislation.

Dr Harty, who served on the Oireachtas Committee on the Future of Healthcare, said: “The Sláintecare Report gives a vision of a fair, equitable and safe health service that provides universal public care to all, based on medical need, independent of one’s income or ability to pay. It demands political support from the Taoiseach, who states he has unfinished business in health. It also demands legislative change to guarantee managerial and clinical performance, accountability and transparency. Most importantly, it demands better patient outcomes comparable to international best practice.

“We spend a lot of money on health, yet patients get poor value and an inferior service compared to many countries that have a similar health spend.”

He said that in hospitals, many parts of the service provide excellent care but other areas struggle to achieve the optimal standard “because of bed shortages, theatre space and particularly ICU beds”.

The effects of lack of investment over decades are obvious, “with crumbling infrastructure, staff recruitment and retention problems, poor working conditions and low morale”.

NAGP outlines legal advice it has received around ‘transferred’ patients

It could potentially be argued that GPs may refuse repeat consultations for chronic care patients once transferred to and not discharged from consultant care, according to legal advice obtained by the NAGP.

The advice outlined by NAGP Chairperson Dr Andy Jordan at the Rural, Island and Dispensing Doctors of Ireland Annual Conference in Sligo referred to clause 11 of the GMS contract and clause 10.8.2 of the under-sixes contract, which provides a statutory basis on which an argument could be made in support of a GP’s rights and obligations to manage practice resources, according to Dr Jordan’s presentation.

These clauses refer to the obligation to use the most efficient and economic forms of treatment or care consistent with the needs of patients.

The reference to patients in the plural arguably indicates a recognition of limited resources, according to the presentation. While far from a legal certainty, there is an arguable point in the context of refusing repeat consultations for chronic patients once transferred.

There is a contractual obligation on GPs to accept clinical responsibility for patients on their GMS list and to treat them, or when clinically appropriate to “transfer” them to consultant care and accept clinical responsibility for them on becoming aware of their discharge. Under the GMS contract, GPs are also obliged to ensure that no differentiation is exercised between the treatment of eligible and private patients.

The reference to ‘transfer’ is critical in this discussion, Dr Jordan told the meeting.

The effect in law is that in respect of a particular ailment, once initial medical advice and perhaps diagnosis is performed, the patient should as a matter of clinical responsibility (in the context of clause 11) be transferred by the GP to the appropriate secondary care professional.

Dr Jordan wondered why a consultant should not have a GMS panel in outpatients. He said work was being “dumped” on GPs, who needed “to sit down and think this whole thing out”.

“I think we need to man-up here, as Clint Eastwood would say in [the film] Gran Torino, ‘we need to get with the programme’,” Dr Jordan told delegates.

He said GPs needed to ask if it is medically sound to issue a repeat prescription in the absence of a direct instruction communicated by a consultant, particularly when patient care for a particular ailment has transferred and the GP may not be appraised of the treatment plan, etc.

Speaking to the Medical Independent, Dr Jordan said this was ultimately a “patient safety issue”.

IMO representatives at the Annual Conference of Rural, Island and Dispensing Doctors of Ireland in Sligo refused to agree to issuing a joint statement involving the NAGP calling for the immediate reversal of FEMPI cuts. The potential statement followed a motion put forward by NAGP National Executive member Dr Liam Glynn, which was backed by delegates at the meeting on 7 October.

Dr Glynn proposed that the ICGP, IMO and NAGP release “a very simple joint statement” after the meeting calling for immediate reversal of FEMPI, which is the existing position of these organisations.

Responding, Dr Martin Daly of the IMO said his view was that “this is a rural doctors’ conference” and therefore the statement would have “more power” coming from this group.

Dr Glynn pressed NAGP Chairperson Dr Andy Jordan on whether the Association would be willing to put out a joint statement, to which Dr Jordan responded “yes”.

ICGP President Dr Richard Brennan said that in governance terms, the College’s Board would have to take such a decision, but that the College fully supported reversal of FEMPI.

Asked by Dr Glynn if the IMO would consider the proposal through its governance process, IMO GP Committee Chairperson Dr Padraig McGarry indicated that he did not believe the IMO had the authority to speak on behalf of its members concerning a joint statement “here today”.

On whether he would consider it, Dr McGarry said: “I don’t think we are in a position to do that; certainly we’ll consider it but can’t give an answer here today.”

IMO Chief Operating Officer Ms Susan Clyne said that “sending out a joint statement tonight is not achieving anything about FEMPI; it might be achieving something about a perception of organisations working together, which I think is a different thing”.

Chairperson of the rural doctors’ association Dr Jerry Cowley said “we are all in the one corner” and made suggestions on how a statement could be worded.

Some delegates felt a press statement should centre on the theme of “rural practice in crisis”.

As a tense debate continued, Dr Cowley said “it seems totally perverse that the IMO, NAGP and ICGP cannot say that their representatives at this meeting today fully support rural doctors in their quest for immediate reversal of FEMPI”.

Following the conference, which was attended by over 90 GPs, the Rural, Island and Dispensing Doctors of Ireland issued a statement underlining the strong support of the ICGP, IMO and NAGP for FEMPI reversal. As Chair, Dr Cowley called on the organisations to co-ordinate their efforts on this key issue for GPs.

IMO talks with the Department of Health and HSE on a new GP contract are moving towards negotiation of resourcing, the union’s GP Committee Chairperson told the 32nd meeting of Rural, Island and Dispensing Doctors of Ireland in Sligo on 7 October.

“Under the Framework Agreement, we are now moving to the stage of actually negotiating details of resourcing,” Dr Padraig McGarry informed delegates.

Dr McGarry said clarification will be required on what resources are available following Budget 2018.

The first phase of negotiations has centred on issues such as new special items of service, chronic disease management and eHealth, for example, but these will not move forward without agreement on resourcing, said Dr McGarry.

He also remarked that “unfortunately, there is probably still too much pro bono work going on out there, which makes negotiation difficult. The HSE and Department of Health have a mantra; they will not negotiate resources for work already provided by a GP… ”

The Longford GP also underlined to delegates that the IMO has consistently raised the detrimental impact of the FEMPI cuts on gross practice income and the need for reversal.

“I can say hand on heart, every single engagement, whether it be media, political, HSE or other stakeholders, we have hammered home the point of FEMPI.”

At the time of initiation of the FEMPI legislation, the IMO sought senior counsel view on a potential legal challenge and “that view was not positive”.

Dr McGarry outlined that FEMPI took no account of GPs’ fixed costs, which had a hugely negative impact on general practice. FEMPI “must be dealt with” under the memorandum of understanding with the Department and HSE. He said a new contract would not be built on the back of FEMPI restoration.

“We are not going to take on work that is unresourced; we cannot do it, you all know that, you all feel it.” He stressed that the IMO was not in discussions about extending free GP care to either under-12s or under-18s.

The IMO GP Chair referred to gains such as the rural support grant but acknowledged there is “more to do”.

In response to a question from the floor on FEMPI reversal, Dr McGarry said there was “a willingness to engage” on behalf of the HSE and Department of Health.

However, he said the “paymasters” in the Department of Public Expenditure and Reform and Department of Finance have “overall say in fiscal matters” and such decisions would be “political”.

The IMO is negotiating on the new GP contract under the Framework Agreement. The NAGP has been accorded formal consultation status, although it wants full “equality”.

Meanwhile, also speaking at the conference, Dr Michael Harty TD said eligibility cannot be extended without increasing capacity “and I don’t think that came across clearly enough in the Sláintecare Report”.