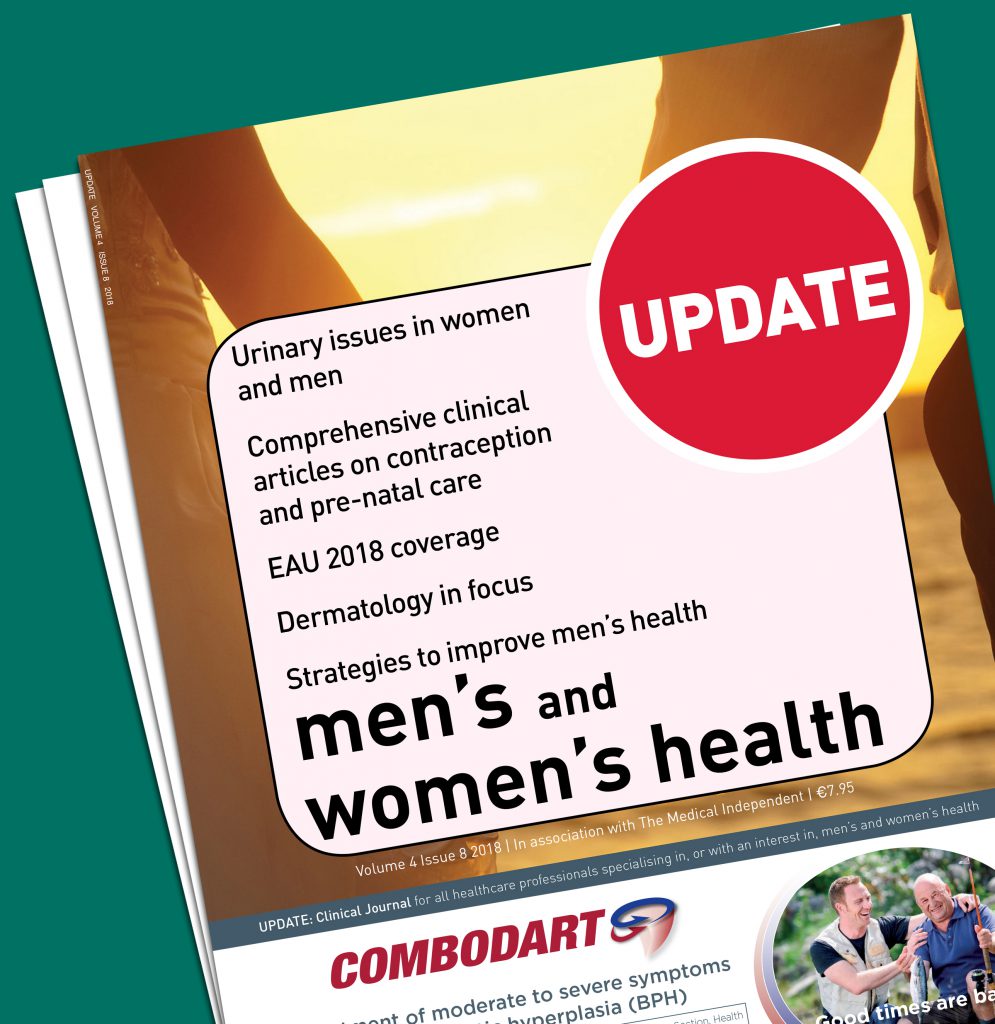 Transplanting healthy stool may be an answer to ulcerative colitis

Researchers in Australia found that one-in-four patients who were resistant or intolerant to conventional UC treatment — steroid or anti-inflammatories — achieved the study’s dual goals, which were that participants reported their symptoms went away and researchers determined, through endoscopic examination, that patients’ digestive tracts improved, both without the use of steroids. Additionally, more than half the patients experienced symptom improvement with FMT. Researchers indicated that many UC patients are resistant or intolerant to conventional therapies. “In recent years, researchers have gained a better understanding of the gut microbiota and the critical role it plays in health and disease, including conditions like ulcerative colitis,” said Dr Sudarshan Paramsothy, Gastroenterologist from the University of New South Wales, Australia. “By using faecal microbiota transplantation, we aim to treat the underlying cause of ulcerative colitis instead of just its symptoms, as opposed to the majority of therapies currently available.” Dr Paramsothy and his team enrolled 81 patients across three Australian study sites — 41 receiving FMT treatment and 40 receiving placebo, or non-active treatment, who had active ulcerative colitis, as determined by the Mayo Scoring System for Assessment of Ulcerative Colitis Activity, and were resistant to standard non-biologic treatments. Patients received the first FMT and placebo treatment through a colonoscope. Subsequently, participants were given enemas that were self-administered five days per week for eight weeks. After eight weeks, more than three times as many FMT patients responded to treatment than those in the control group. Specifically, 11 of the 41 FMT patients (27 per cent) achieved the study’s primary goal — patients reporting no UC symptoms and doctors determining the lining of the digestive tract had healed or substantially improved. Only three of the 40 patients (8 per cent) in the control group reached this goal. When researchers looked at just the number of patients reporting being symptom-free (and discounted clinician observation of the colon), they found that 44 per cent of FMT patients reported improvement versus 20 per cent in the control group. “Previous research in this area has been limited to small case series and two single-centre trials with conflicting outcomes. Our study is the first multi-centered trial that uses an intense therapy of FMT infusions, 40 over eight weeks, and has been able to show definitively that faecal microbiota transplantation is an effective treatment for ulcerative colitis,” added Dr Paramsothy. “This is important because there are millions of people worldwide seeking alternative treatments for their condition. This population is accustomed to using enemas as part of previous treatment, so our approach would not be unusual to them.” In FMT, clinicians collect faecal matter from healthy individuals who are screened to determine that the stool is safe for transplantation. The stool is processed and prepared for use, then placed in patients by methods such as colonoscopy, endoscopy or enema. In this study, each FMT enema consisted of stools from at least three donors. Dr Paramsothy and his team used this multi-donor method to ensure that study results were not influenced by a ‘donor effect’, in which individual patient outcomes may be unduly influenced by the microbial characteristics of a single donor.

Results of the phase 2 clinical trial appeared in a recent issue of The New England Journal of Medicine. “This new class of immunotherapy drug traps white blood cells in the lymph nodes to prevent their escape into the gut, where they cause inflammation,” according to Dr William Sandborn, Professor of Medicine at UC San Diego School of Medicine and Director of the Inflammatory Bowel Disease Centre at UC San Diego Health. “In addition to inducing remission in patients, the experimental drug reduced rectal bleeding and healed the mucosal lining of the intestine.” UC is a debilitating autoimmune disease with no known cure. It causes inflammation and ulcers in the lining of the colon, which can lead to rectal bleeding, diarrhoea and abdominal discomfort. One of the disease’s defining characteristics is an abnormal accumulation of lymphocytes or T-cells in the lining of the gut. This activation of immune cells causes inflammation, resulting in chronic, painful bowel movements. To counter this activity, ozanimod, a sphingosine 1-phosphate receptor modulator, halts the body’s ability to recruit cells for an immune response. “A 1mg pill of the drug induced clinical remission at week eight,” said Dr Sandborn. “Unlike other currently available drugs for inflammatory bowel disease, ozanimod can be orally administered and does not suppress the immune system to the point of increasing likelihood of infection or cancer.” Patients in the study were randomised to ozanimod 0.5mg, 1.0mg, or placebo. The most common side-effects were anaemia and headache.

New Irish research findings show how microbiota can adapt to compensate when early warning signalling by epithelial cells in the gut wall fails and threatens the first line of defence against pathogens. Researchers in University College Dublin (UCD), the National Children’s Research Centre and collaborators in University College Cork, Grenoble University Hospital Centre and Washington University School of Medicine published the findings of their study in the current issue of Cell Host & Microbe. Reactive oxygen species (ROS) are chemically reactive molecules derived from oxygen. After pathogens are ingested by white blood cells, superoxide and related compounds are responsible for killing them. ROS are also released from the epithelial gut wall to disarm pathogens before they can even breach this barrier. In instances where ROS levels drop, the defence system fails and the body is more susceptible to infection. This increases the risk of developing Crohn’s-like disease, as well as certain severe types of UC seen in very young children. It has also been shown to cause a severe immune disorder characterised by life-threatening infections. UCD researchers led by Prof Ulla Knaus, UCD School of Medicine and Fellow of the UCD Conway Institute set out to investigate the enzymes responsible for generating ROS in the gut to figure out how they contribute to the interactions triggered by infection. When the team deleted these enzymes in the laboratory, they discovered that mice were still protected against infection due to changes occurring in the microbiota. Rather than using ROS to disarm bacteria, the defensive role is taken on by highly increased levels of peroxide-secreting strains of microbiota, with lactobacilli found to be particularly beneficial. “The results of our study show that epithelial ROS are vital to shaping the composition of microbiota within our gut and, in turn, specific bacteria within this community can help to protect the body from gut pathogens”, said Prof Knaus, who led the study. While lactobacilli are considered the model example of ‘good’ bacteria that have evolved with the human host and provide benefits such as anti-inflammatory effects, these mutually beneficial relationships between the human host and commensals can be disrupted by fat- and sugar-rich diets. “If we can restore the species of bacteria to the gut that engage in stable mutualistic relationships, we may be able to protect the body from intestinal disease,” Prof Knaus added. The study was supported through Science Foundation Ireland and the National Children’s Research Centre.

On a molecular level, UC and dermatomyositis (DM) share common genetic determinants. On a clinical level, case reports evidenced the co-occurrence of these two diseases. As a result, the authors of the study, which was recently published in the journal Scientific Reports, hypothesised that UC is potentially associated with increased cumulative incidence of dermatomyositis. The goals of this retrospective cohort study were to evaluate whether UC is associated with increased cumulative incidence of dermatomyositis, independent of sex and age. For comparison, the researchers also assessed the cumulative incidence of polymyositis in UC and control subjects. The study enrolled 3,133 UC subjects and 14,726 control subjects. The cumulative incidence of dermatomyositis was significantly higher in UC than that of control subjects (p = 0.026), but the cumulative incidence of polymyositis was comparable between UC and control subjects (p = 0.596). UC was independently associated with the increased incidence of dermatomyositis (hazard ratio: 6.19, 95 per cent confidence interval = 1.77–21.59, p = 0.004) after adjusting for sex, age and concomitant rheumatoid arthritis, systemic lupus erythematosus, and systemic sclerosis. Similar trends of increased dermatomyositis in UC were observed when patients were stratified based on sex and age. “Our study raises the possibility that co-occurrence of common as well as rare autoimmune diseases could help elucidate the pathophysiologic background of rare autoimmune diseases that are not addressed extensively due to their low prevalence. In addition, genetic components (IRF5rs4728142 and VDR rs2228570) common to UC and DM suggest that a common treatment may be effective against both these diseases,” according to the authors. “Current treatments for UC probably become novel treatment options for DM, for which it has been difficult to develop specific treatment due to its low frequency. For example, tacrolimus has been shown to exert therapeutic effects similar to biologics in UC. There are also reports demonstrating its efficacy in DM. Moreover, co-existing UC and DM might represent unique entities different from either process alone. Further research is necessary to confirm our findings, to clarify the clinical course of UC associated with DM, and to determine whether these patients require unique therapeutic approaches to achieve remission of either disease.”